Planet 9 Probably Isn't an Exoplanet, After All

There may be another planet beyond Neptune, but we probably didn't steal it from another sun. 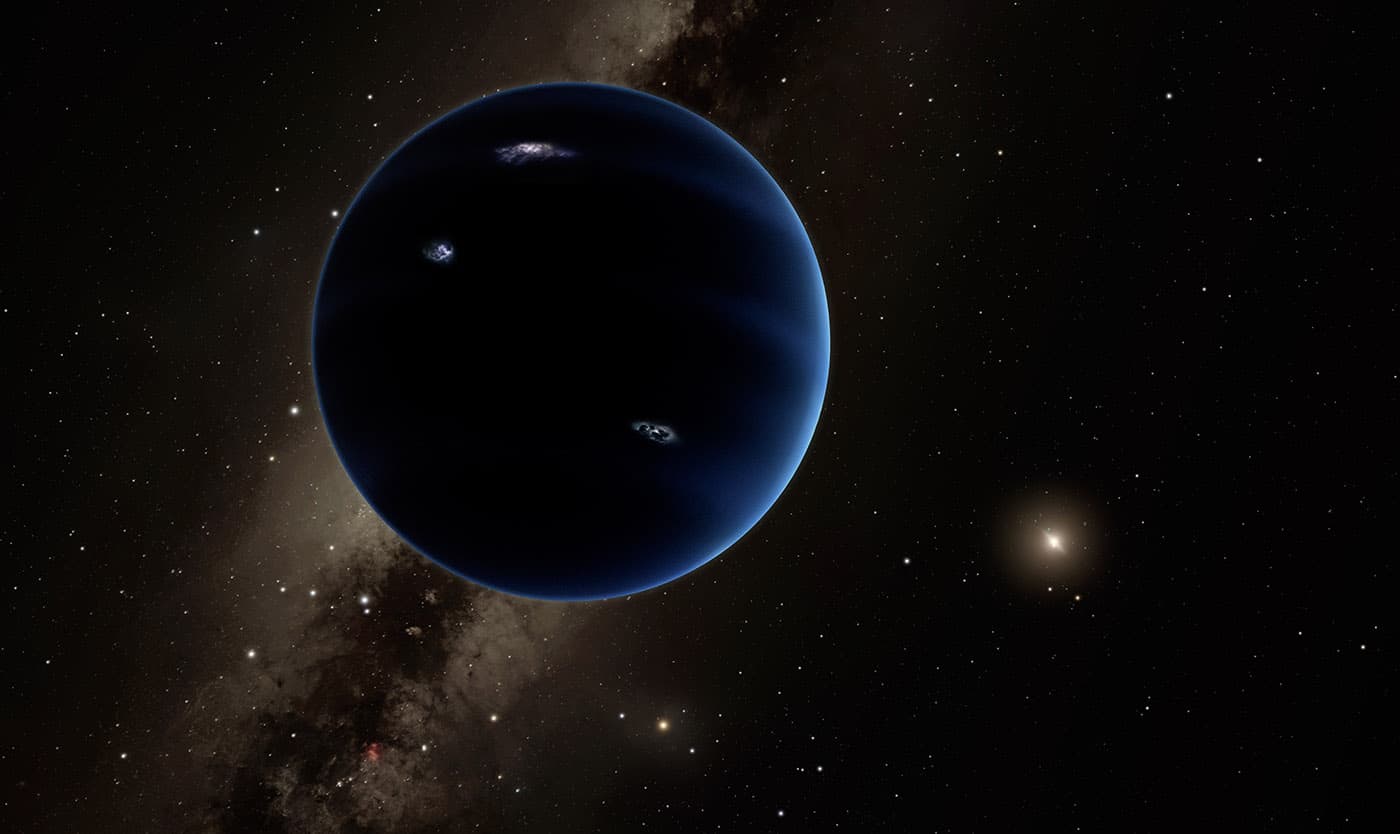 Planet 9 probably isn't from another star, according to researchers from the UK and Switzerland. According to a paper on the Cornell University Library archive, while previous studies show how planet-sized objects can be captured during the early evolution and dissolution of stellar nurseries, it seems several constraints reduce the probability of interstellar planet-swapping to a near-zero value, in the case of Planet 9.

Not long ago, scientists like Alexander Mustill of Lund University observed unusual orbital characteristics of several objects in the Edgeworth-Kuiper Belt — a cloud of frozen objects beyond the orbit of Neptune — and hypothesized the presence of an interstellar interloper; essentially, a (former) exoplanet snatched up by the Sun's gravitational forces soon after it was born, roughly 4.5 billion years ago.

Roughly 20 times the mass of Earth, this ninth planet's effects on other distant bodies would place it in an eccentric elliptical orbit, up to 60 degrees off the solar orbital plane. If confirmed, Planet 9 is estimated between 150-350 AU away. That's at least 150 times farther from the Sun than the Earth.

It's difficult for a massive planet to form so far from the interior of a new solar system, where most of the mass accumulates into planets. Consequently, some speculated that Planet 9 may have been captured, or "stolen" from another star in the Sun's salad days.

At present our Sun is in a low-density stellar environment betwixt the spiral arms of our galaxy. But since planet formation occurs almost immediately (on a cosmic timescale) after a star is born, when the sun was born — in one of the denser, stellar-nursery sectors of the galaxy — it was in close proximity with other stars and their newborn planets.

In their paper, the authors set out to determine whether a significant fraction of stars can capture free-floating planetary-mass objects (FFLOPs) in original, star-birthing environments where orbits are close enough to allow our young Sun to pilfer Planet 9.

They found that the number of planets pulled away from wide and fragile orbits is independent of the total mass of a star-forming region. Put another way: common sense suggests more people meet up in a city than a small town, even by brute force of statistics. But if humans were stars, and dates were planet-swaps, Twin Peaks would see as many meetups as New York City. (Though there aren't that many Dale Coopers.)

Indeed, the fraction of planets expected to be swapped depends on the initial bulk velocity of their stellar nursery (i.e., the speed and direction of a whole group of newborn stars). The researchers found that FFLOPs are twice as likely to swap in looser, unbound regions of stars undergoing rapid expansion than in regions tight enough to collapse into a star cluster.

In contrast, planets swapped in tight-knit star clusters are more likely to have had bulk velocities that placed their trajectory in the neighborhood where Planet 9 could be swept up. That means that there was a good entry window for Planet 9 to be swapped, but it would have been one of the most rare and improbable kind.

Considering both dense and loosely packed stellar groups together, the scientists found the number of candidate planets that meet the conditions necessary for Planet 9 to be where we think it is is extremely low; around 5-10, from an initial population of 10,000 FFLOPs.

The authors of the study concluded that only 1-6 percent of planets are snatched by stars in star-forming sectors, in the regions with a significant population of FFLOPs. This means the probability of Planet 9 being a step-planet of interstellar swapping is almost zero, much lower than the estimate provided by Mustill et al.

The authors explained their differing conclusion as a result of alternate mathematical methods of calculating initial star velocities, and the absence of the "rogue planet" assumption. However, this raises the question: how could something 20 times the mass of Earth get so far out?

How planets (and their orbits) form in young solar systems remains a big mystery in astrophysics. As with many other things, the initial conditions of planet formation set the cosmic stage for everything to come, influencing the behavior of every other planet in our system. That's why when spacecraft like Juno map the interior Jupiter, considered the first formed planet in our solar system, we get a peer into the ancient wonders of how our solar system came to be the way it is, and this knowledge will enhance our search for life in the far reaches of the galaxy.

Read This Next
Accuracy Wall
Harvard and MIT Scientists Warn That James Webb Data May Not Be What It Seems
Outing Life
Swiss Government Scientist Says We May Be on the Brink of Discovering Alien Life
Sun Gazer
Researchers Want to Use the Sun As a Giant Telescope to Look for Aliens
Space Invaders
Study: There May Be as Many as Four Evil Civilizations in Our Galaxy
Search for Life
Former Astronaut Suggests Specific Planet for James Webb to Search for Life
More on Off World
Hall Effect
Yesterday on futurism
Test Suggests Ion Thrusters Could Power Crewed Interplanetary Missions
CHON: Legacy
Yesterday on the byte
James Webb Discovers Coldest Ice in Known Universe, Harboring Molecules Essential For Life
Is There?
Yesterday on the byte
NASA Setting Up Facility For Mars Rock Samples That Might Contain Alien Life
READ MORE STORIES ABOUT / Off World
Keep up.
Subscribe to our daily newsletter to keep in touch with the subjects shaping our future.
+Social+Newsletter
TopicsAbout UsContact Us
Copyright ©, Camden Media Inc All Rights Reserved. See our User Agreement, Privacy Policy and Data Use Policy. The material on this site may not be reproduced, distributed, transmitted, cached or otherwise used, except with prior written permission of Futurism. Articles may contain affiliate links which enable us to share in the revenue of any purchases made.
Fonts by Typekit and Monotype.