It's a staggering 75,000 light-years across and a * million * times stronger than Earth's magnetic shield. 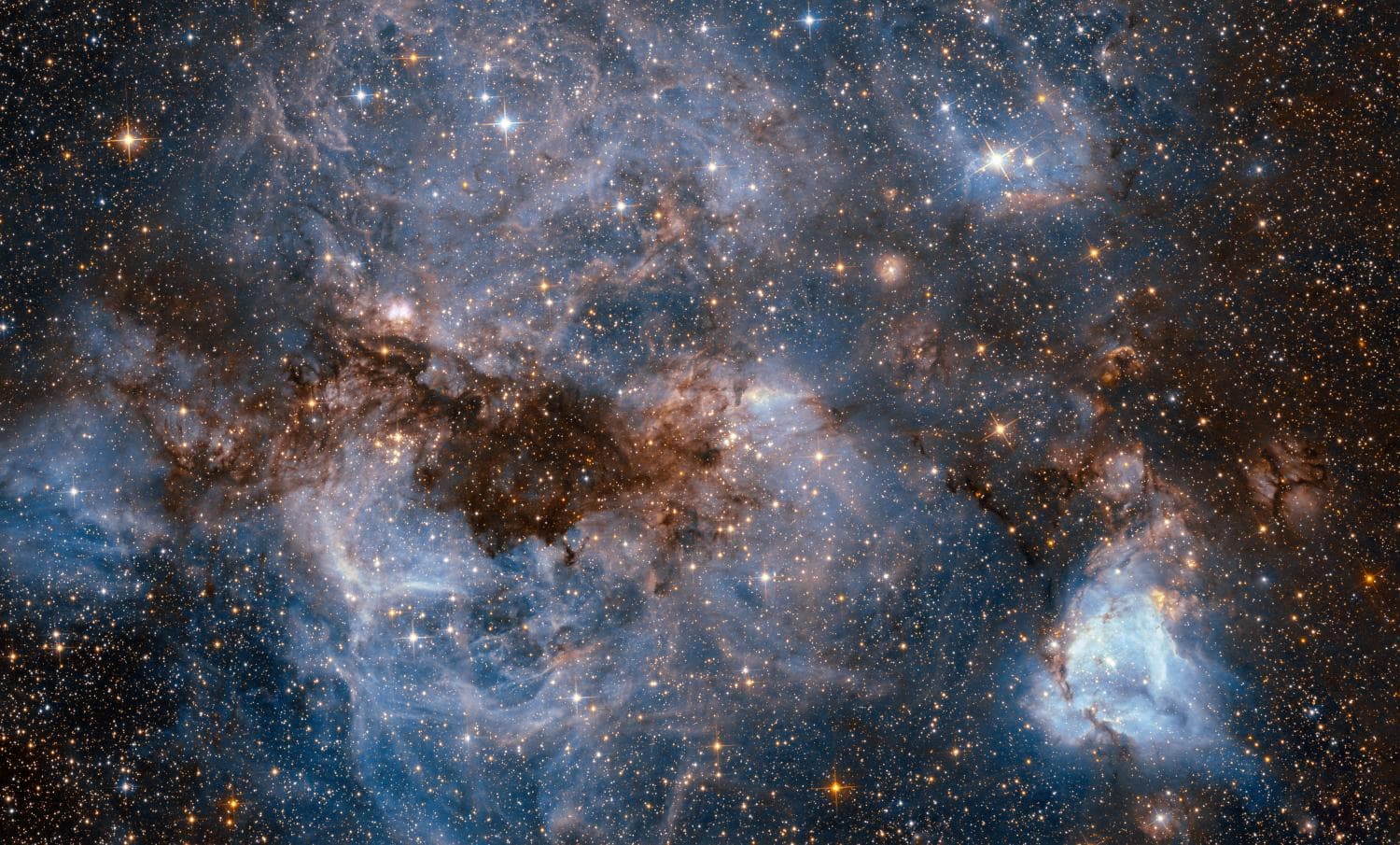 If Magneto was capable of surviving in space, he'd probably be the most powerful mutant in comic book history. That's because much of space is made up of different magnetic fields, one of the several phenomena in physics that's actually observable out there. The Earth itself is surrounded by a magnetic shield which protects it from the solar flares. Now, scientists have finally observed one of the most amazing extragalactic feats of magnetism that we've ever known.

Researchers from the University of Sydney and the University of Toronto finally detected the magnetic field generated by what's known as the Magellanic Bridge, a vast intergalactic stream of neutral gas that connects the Large and Small Magellanic Clouds (LMC and SMC). Astronomers have predicted that this bridge, which stretches about 75,000 light-years between the two galaxies, was out there, but didn't previously have confirmation.

"There were hints that this magnetic field might exist, but no one had observed it until now," said lead researcher Jane Kaczmarek in a University of Toronto press release. The study, published in the Monthly Notices of the Royal Astronomical Society, was a part of a project to map magnetism in the universe. Researchers noted that this field is actually one million times stronger than the magnetic shield surrounding the Earth.

These observations could give us much needed insight into the origins of cosmic magnetic fields themselves, and even into how galaxies came to be. "In general, we don't know how such vast magnetic fields are generated, nor how these large-scale magnetic fields affect galaxy formation and evolution," Kaczmarek pointed out in her interview for the press release.

In particular, with the LMC and the SMC being our galaxy's closest neighbors, "understanding how they evolve may help us understand how our Milky Way Galaxy will evolve," she added in the interview. "Understanding the role that magnetic fields play in the evolution of galaxies and their environment is a fundamental question in astronomy that remains to be answered."

Indeed, there's a lot more to gain from further observing the universe. Better tools to do so are actually now at our disposal, including the highly-anticipated James Webb Telescope (JWST) with its infrared sensing mirrors and the Transiting Exoplanet Survey Satellite (TESS) set to launch next year, and several others. With these, we may be able to answer some of the most fundamental questions about the cosmos.

Read This Next
Futurism
We Just Discovered 72 New Galaxies, Which Means Trillions of New Alien Worlds
Futurism
A New Technique Just Helped Astronomers Uncover the Oldest Galaxy in the Known Universe
Futurism
Supermassive Black Holes Suggest We May Be Very Wrong About How Our Universe Formed
Futurism
Meet Vela, the Huge Supercluster Just Detected by Astronomers
Futurism
The Universe is Far Bigger Than We Thought, and It Has 10x More Galaxies
More on Off World
Heavy Metal
6:27 PM on the byte
NASA Mars Rover Finds Metallic Object That Smashed Down on Surface
Small But Mighty
5:44 PM on the byte
Baby Asteroid Photobombs James Webb On Accident
Little Guy
3:28 PM on the byte
Scientists Prototype "Creeping" Lizard-Like Robot for Exploring Mars
READ MORE STORIES ABOUT / Off World
Keep up.
Subscribe to our daily newsletter to keep in touch with the subjects shaping our future.
+Social+Newsletter
TopicsAbout UsContact Us
Copyright ©, Camden Media Inc All Rights Reserved. See our User Agreement, Privacy Policy and Data Use Policy. The material on this site may not be reproduced, distributed, transmitted, cached or otherwise used, except with prior written permission of Futurism. Articles may contain affiliate links which enable us to share in the revenue of any purchases made.
Fonts by Typekit and Monotype.