Paralyzed Man Regains Control of His Hand, Thanks to A Chip Implanted in His Brain

This is the first account of limb reanimation in a human with profound paralysis. 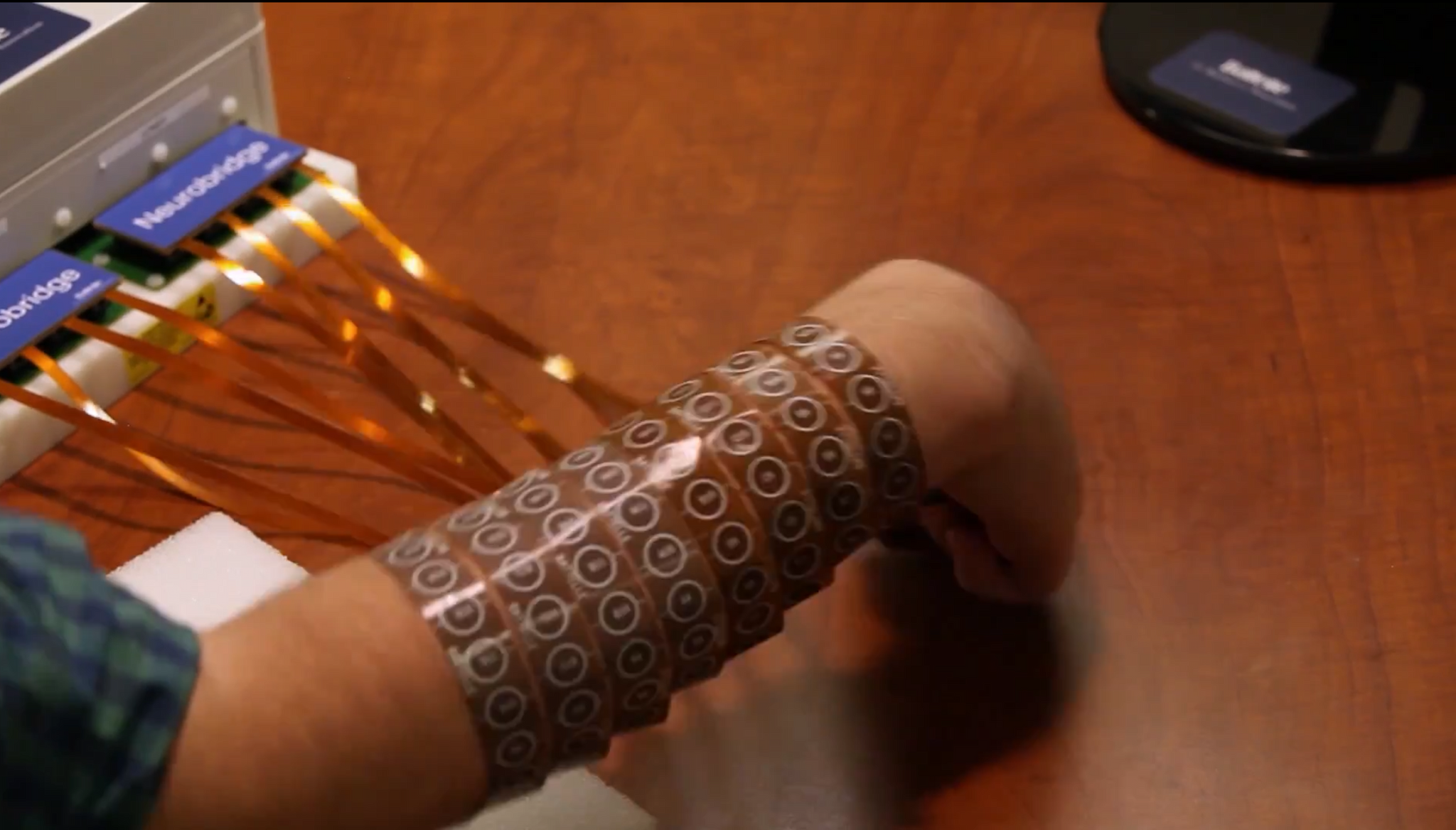 Ian Burkhart was a college freshman when he broke his neck in a diving accident. For five years, he was left paralyzed from the chest down.

Today though, doctors are reporting that Burkhart, now 24, has regained control of his right hand and fingers, using technology that transmits his thoughts directly into his hand muscles and bypasses his spinal injury. This is the first account of limb reanimation, as it is known, in a human with profound paralysis.

Two yeas ago, Burkhart had a tiny chip implanted in his brain that holds 96 filament-like “microelectrodes” that record the firing of individual neurons. The firing patterns ran through a cable in the back of Burkhart’s head to a computer. Corresponding software was able to decode those patterns.

After months of difficult work and training, Burkhart could once again pour from a bottle, stir liquid with a straw, and even play a guitar video game. “It’s crazy because I had lost sensation in my hands, and I had to watch my hand to know whether I was squeezing or extending the fingers,” says Burkhart.

“It’s an advance toward a goal we all have - to provide as much independence to these patients as possible,” said Rajesh Rao, the director of the Center for Sensorimotor Neural Engineering at the University of Washington.

Closing in on a Cure

This research shows that the bypass approach has the potential to restore critical skills to limbs that are no longer directly connected to the brain. This possibility is great, but it's not a cure for paralysis. Burkhart can only use his hand when it's connected to computers in the lab, which aren't exactly easy to tote around. The bypass system needs to be more practical, less invasive, and most likely wireless in order to be effective, according to researchers.

Despite these limitations, the improvement in Burkhart's mobility was significant enough, at least in the lab, that doctors could reclassify his disability from a severe C5 function to a less severe C7 designation.

Read This Next
Futurism
Spend Less Time Thinking and More Time Doing By Training Your Brain
Brands We Love
Want to Boost Mental Output? Don't Stimulate Your Brain. Feed It.
Brands We Love
Tired of Feeling Tired? Boost Your Brain Power With This All-in-One Brain Training Bundle
Just Think
New Mind-Controlled Robot Arm First to Work Without Brain Implant
Brands We Love
Improve Memory and Increase Productivity With this Advanced Brain Training Program
More on Enhanced Humans
Brain-Computer Im...
Jan 3 on the byte
Neuralink Cofounder Says New Company's Eye Implant Could Be "Ultimate" VR Tech
Eyes Have It
12. 30. 22 on futurism
Meet the Neuralink Cofounder Who Left and Started a Competitor That's Now Rapidly Catching Up
Butcher Shop
12. 6. 22 on futurism
Neuralink Employees Admit Company Has Killed 1,500 Animals So Far
READ MORE STORIES ABOUT / Enhanced Humans
Keep up.
Subscribe to our daily newsletter to keep in touch with the subjects shaping our future.
+Social+Newsletter
TopicsAbout UsContact Us
Copyright ©, Camden Media Inc All Rights Reserved. See our User Agreement, Privacy Policy and Data Use Policy. The material on this site may not be reproduced, distributed, transmitted, cached or otherwise used, except with prior written permission of Futurism. Articles may contain affiliate links which enable us to share in the revenue of any purchases made.
Fonts by Typekit and Monotype.