Our Smartphones Should be Enhancing Our Lives, Not Taking Them Over

We're addicted to our devices. We need to fix this. 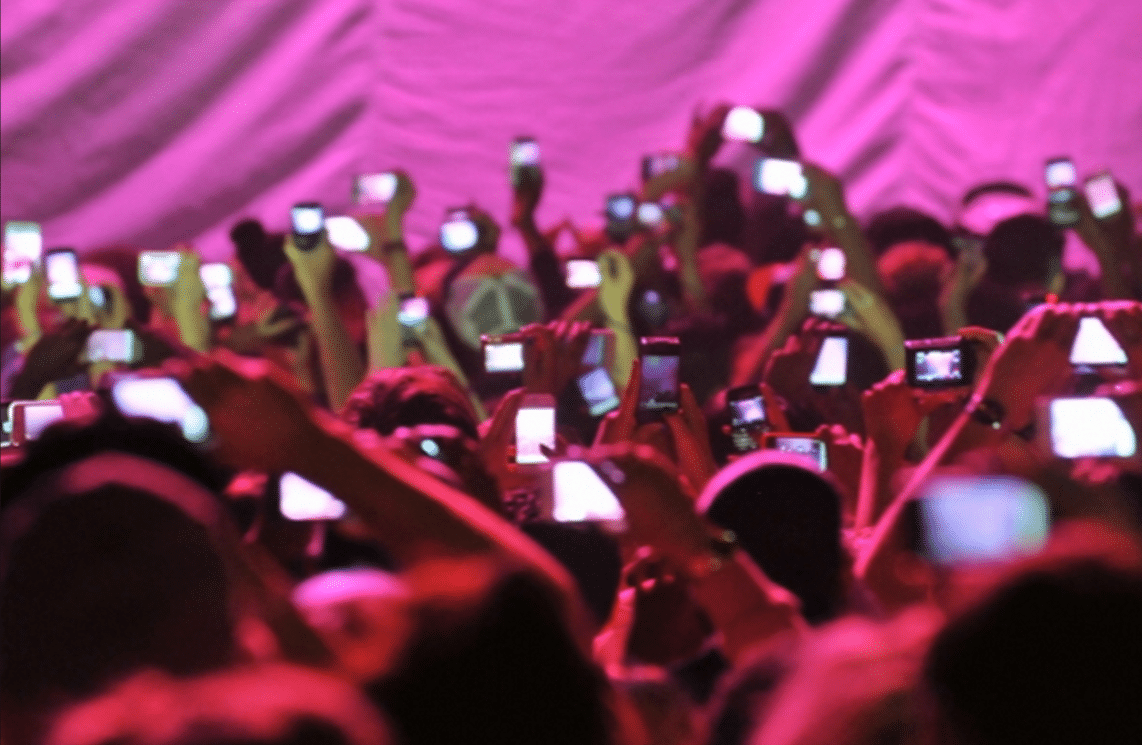 Life in the Age of the Screen

Does it seem like you are constantly checking the number of comments and likes you get? Does it feel like you spend ages composing witty tweets and snaps and instagrams and tumbles?

You're not alone—we all exist in a never-ending stream of emoticons and likes.

Need proof? This year, a poll was conducted for Common Sense Media, a nonprofit organization that is dedicated to helping individuals and policymakers traverse the ever-changing landscape of modern technology. It found that 50 percent of teens feel addicted to their phones. If that's not enough, a staggering 59 percent of parents said they feel that their child suffers from phone addiction.

Sadly, expert voices reinforce these numbers. In an interview with Time, Dr. David Greenfield – an assistant clinical professor of psychiatry at the University of Connecticut and founder of the Center for Internet and Technology Addiction – noted that, while full-fledged addiction isn't terribly common, many people are treading dangerously close to the edge.

"Only a small percentage of people qualify as addicted, but many people overuse their smartphones....if you can’t help being on it even when you know you shouldn’t be, that loss of control is the hallmark of an addiction," Greenfield states.

It seems like solving this problem is as easy as putting down your phone, but things aren't quite that simple. We're not just testing our own willpower when we turn away from our devices, we are putting our willpower up against companies that are invested in our failure.

What we want to do with our lives is not currently aligned with the metrics of success of many companies.

To be blunt, Facebook, Twitter, and a vast majority of other platforms are designed to suck us in and steal our attention. They aren't optimized to ensure that we are getting something meaningful out of our technology. They are designed to keep us engaged.

In a brightly lit coffee shop in Williamsburg, Max Stossel, a filmmaker and advocate in the Time Well Spent movement, succinctly summarizes the problem, highlighting the ways in which the design of our devices, in many ways, isn't working in our favor: "We live in an attention economy, one where the measure of success is in 'time spent.' There’s a lot of money to be made when we are spending our time on specific apps, company websites, and social media accounts. To that end, our technology is often designed around base metrics of 'what grabs your attention?'"

Stossel concludes, "What we want to do with our lives is not currently aligned with the metrics of success of many companies."

However, he clarifies that, even if we could just our down our devices and walk away, that doesn't really give us the kind of solution that we need—because what we ultimately need are technologies that enhance our lives, not a future that is entirely devoid of technology. "I so want to be clear that this is not a movement of 'put down your phones,'" Stossel states. "That’s not what this is about. This is about these phones that are so incredible and technologies that are so powerful—how can we leverage that to maximize our human potential?"

Outlining the mission, Stossel states that it's all about finding a balance, "Time Well Spent is about creating an ecosystem where the incentives of companies and people are aligned so that technology can help amplify the best in us. It's about getting to the place where technology, this incredible, beautiful, magical device in my pocket, helps me live by my values."

How do we effectively move forward? In short, that is the question that the Time Well Spent movement is trying to answer—it's a non-profit movement that is trying to get our tech to align with our humanity, not our screen time.

An entire industry has evolved around 'time spent,' and so a true change means a revolution in the way that this industry functions from the ground up: "There’s an incredible opportunity for a few companies to make a tremendous amount of real positive change. Companies like Google [who created the Android operating system] and Apple, as both have disproportionate power over our current ecosystem, and they don’t necessarily make their money from how much time we spend on our phones."

The movement's website reinforces this assertion, noting that there are two kinds of companies: "There are Attention companies like Facebook, Snapchat or Netflix that need to maximize attention to make money, and Platform companies like Apple and Google that make the devices that sit between our mind and the apps and websites who want our attention. Platform companies, like urban planners, design the balance between what people need and what businesses need. And Apple and Google can design our devices to better defend the freedom of our minds."

To that end, to accomplish this reformation, Time Well Spent has gathered the people behind our devices—the technologists, designers, Google employees, and other individuals who engineer the devices that dominate our lives. These people are working together to try and figure out how we can best build our technologies and, thereby, a better tomorrow. "A lot of what we’re accomplishing right now is just painting the vision for what the future could look like if we actually designed for human values," Stossel clarifies.

Companies like Apple and Google can design our devices to better defend the freedom of our minds – so long as we demand it.

But of course, it's not just about the major players. "It’s a complicated problem, but we need to articulate it to the public, because if there’s really a consumer demand for this type of technology, and we let these companies really see and feel that, it will be in their best interest to help us create that ecosystem."

This means that everyone in every facet of our society needs to be invested in this issue: "We need researchers. We need new business models. We need new metrics. We need new design systems for agencies. We need new conversation in the media....we need all sorts of people doing what they do best working to build a future that they want to live in."

On the most basic level, Stossel notes that change really just means altering how success is measured, and he is quick to list some examples: "Imagine if news and media companies were creating content that enriched our lives, vs. catering to our most base. If messaging was about helping us communicate well, not send more messages...Imagine how empowering our entire world of apps and ecosystems could be if everybody was measuring their success this way—not in terms of how much time we spend, but how technology is actually benefiting our lives and helping us accomplish goals."

That is the world that Time Well Spent is working to build, and there are already some innovators who are leading the charge.

For example, Joe Edelman is the former CTO of Couchsurfing. Stossel notes that he has a measure of success that he invented that is based on "the net positive contribution to people’s lives." In short, Couchsurfing is a website that matches people who need a couch to crash on with people who have a couch. One would assume that the measure of success would be "how many people can we match from A to B?;" however, their measure of success was actually ‘lasting positive experiences and relationships between strangers’, a metric that adds the overall rating from both the guest and the host, factors in the number of hours the two spent together, and subtracts the amount of time that each user had to spend on the website.

This simple consideration, how much time are we spending within the technology in order to achieve our goals, is a shift that shows how technology can be engineered so that it is focused on a consideration of the degree to which it is benefiting our lives.

Read This Next
Futurism
We Should Make Technology Less Addicting. Will Developers Ever Want to?
More on Future Society
Head Like A Hole
Wednesday on futurism
Elon Musk's Crying About Trent Reznor Shows That He Is a Big, Big Baby
Miserly Musk
Tuesday on the byte
Cheapskate Elon Musk Refusing to Pay Bills at Twitter
Secrets Secrets
Tuesday on futurism
Elon Musk Vigorously Denies That SBF Secretly Owns Part of Twitter
READ MORE STORIES ABOUT / Future Society
Keep up.
Subscribe to our daily newsletter to keep in touch with the subjects shaping our future.
+Social+Newsletter
TopicsAbout UsContact Us
Copyright ©, Camden Media Inc All Rights Reserved. See our User Agreement, Privacy Policy and Data Use Policy. The material on this site may not be reproduced, distributed, transmitted, cached or otherwise used, except with prior written permission of Futurism. Articles may contain affiliate links which enable us to share in the revenue of any purchases made.
Fonts by Typekit and Monotype.