It's designed to use a renewable fuel for maximum efficiency. 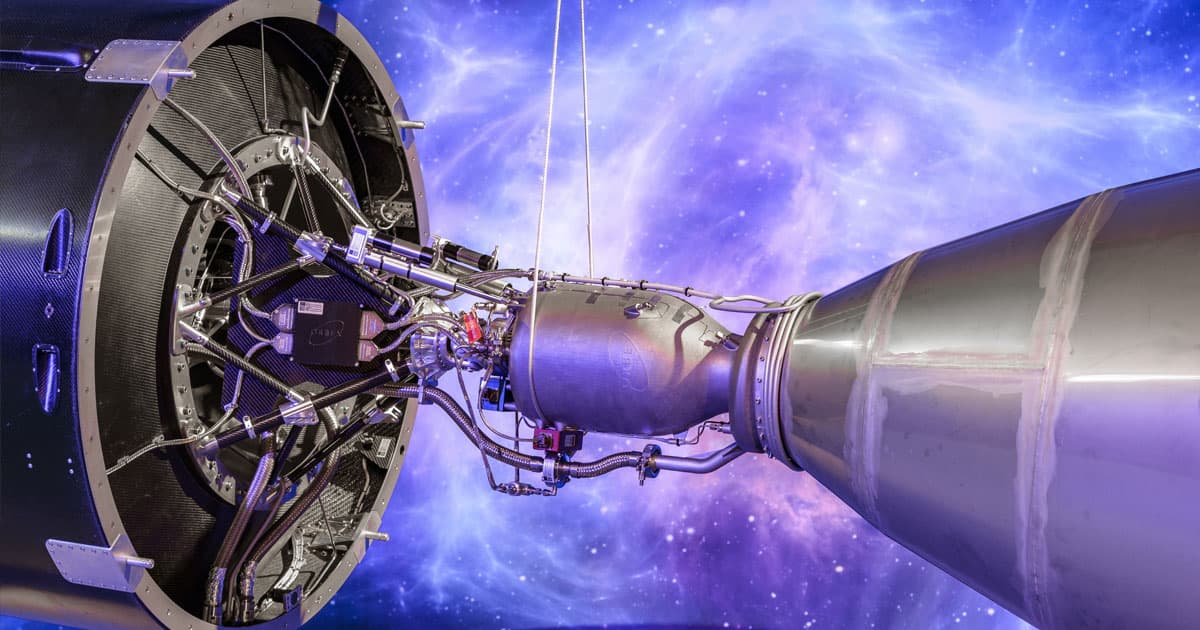 We've seen 3D printed rockets before, but never on this scale.

UK space startup Orbex just showed off its Prime Rocket's gigantic second stage — the "world's largest 3D printed rocket engine," according to a press release. The entire rocket, including the engine, will stand at 56 feet (17 meters) tall — roughly a quarter of the size of SpaceX's Falcon 9 rocket, for context. In other words, things are heating up in the world of 3D printed spacecraft.

The news comes weeks after U.S.-based startup Relativity Space signed a contract with the U.S. Air Force to launch their 3D printed rocket from Cape Canaveral in Florida.

Orbex worked with aerospace engineer veterans from organizations including NASA and the European Space Association to build the Stage 2 rocket, which is the part of a multi-stage rocket that pushes a spacecraft into orbit after a launch from Earth.

The startup claims it's the first time a 3D printed rocket engine was "uniquely manufactured in a single piece without joins." That means the rocket is up to 30 percent lighter and 20 percent more efficient than other small launchers. No welds or joins also means that the rocket could withstand extreme temperature and pressure fluctuations better.

The rocket is also designed to use bio-propane, a "clean-burning, renewable fuel source that cuts carbon emissions by 90 percent."

Orbex has already made major strides, choosing the yet-to-be-built spaceport in Sutherland, Scotland last year for its upcoming first launch in 2021. The company also partnered with Swiss satellite tech startup Astrocast to launch 64 nanosatellites to build a global Internet of Things network.

It's yet another sign that the private space sector is growing — and at an unrelenting pace. 3D printing technology could push it even further ahead.