"It makes a mark for our time of what we aspire to be, which is a greater society." 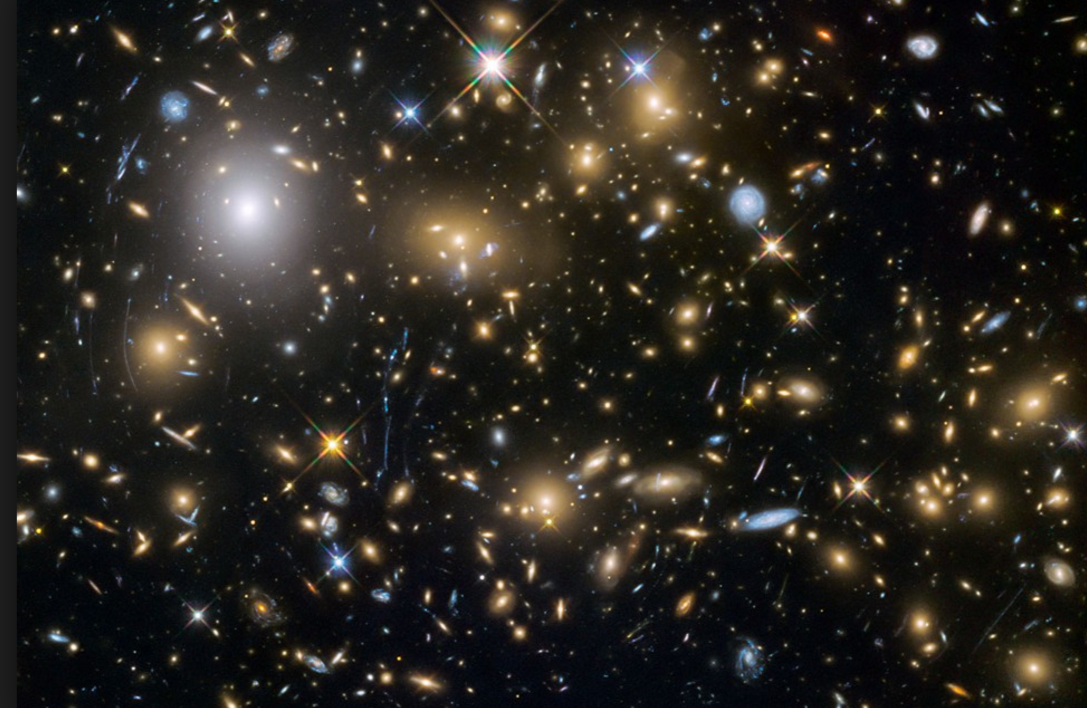 Alan Stern in a NASA scientist, but he’s not just any NASA scientist. He’s the man who (quite literally) took us to new worlds. As head of the New Horizon’s mission to Pluto, Stern brought humanity to the most distant reaches of our solar system and gave us our first actual image of everyone’s favorite former planet.

It was an astonishing journey. The New Horizons spacecraft traveled more than 9 years and 3 billion miles (which is more than any space mission in history) to reach its target. But why travel all that way?

Of course, everyone likes seeing detailed images of space, but at 3 billion miles, and with more than a decade of work, is it really worth the trip? This is a question that frequently gets asked in relation to space exploration--given all the problems here on Earth, wouldn't it make sense to stick a little closer to home and invest in things that tangibly improve our Pale Blue Dot?

Recently, Sten answered these questions. At the 2016 Edison Awards, he highlighted precisely why humanity must continue to venture beyond Earth...to journey to the edge of the solar system and beyond.

His speech is transcribed below (slightly edited for brevity and clarity).

It sounds like science fiction, but it’s not. Our team, the New Horizons team, we worked over 15 years to build a breakthrough spacecraft…a breakthrough low-cost spacecraft to explore the farthest worlds that human beings have ever visited, and we did that last summer.

Now if you’ve never been to the launch of a real rocket, I’m talking about something the size of a downtown skyscraper. Our launch vehicle is 225 feet tall.

It launched New Horizons to be the fastest spacecraft ever flown—a downtown skyscraper going supersonic in a matter of seconds.

When I was a boy, Apollo astronauts used to launch to the moon at 25,000 miles an hour, and it took them 3 days to reach the moon. New Horizons crossed the orbit of the moon in 9 hours.

Thirteen months later, we were half a billion miles away at Jupiter for a gravity assist flyby. And then, over the following 8 years, 2 presidential administrations, we crossed the entirety of our solar system to intercept the Pluto system last summer, last July [2015].

…This spacecraft was built for 1/5th the cost of its predecessor. That was an innovation. It was done in half the time of its predecessor. And it carried over a thousand times the scientific capability. We did this project for less than it cost to build a football stadium. We flew across the solar system with a breakthrough spacecraft.

A year ago, this [photo on left] was the best image of Pluto that we had, because it’s so far away. This picture was taken by the biggest, baddest gun that we have—The Hubble Space Telescope. What can you tell about that image? Not very much. Then there is Pluto as seen by New Horizons.

It’s actually a binary. What a beautiful little planet…Pluto’s an amazing place, it reminds us of Earth and Mars in more ways than I have time to recount. Mountain ranges, glaciers, frozen lakes, amazing geologic activity—nothing like what we might’ve expected for a world at 400 degrees below zero, and 3 billion miles from home.

This little video [below] takes you on a fly-over made of images from New Horizons as if you were on an airplane passing over the surface of Pluto at close range, perhaps 30,000 feet.

Starting on Pluto’s northwest limb, you can see craters in the ice fields near the polar cap, you can see structure down inside the surface layering. Then up into badlands and then mountain ranges. And as you watch these mountains, their individually as tall as the Rockies. The individual mountain blocks are the size of Manhattan.

And then, the mountains end, and we go across a vast ice plain that we’ve informally named Sputnik Planum. More than a thousand miles across, without a single crater on it, meaning it is geologically newborn. How a small planet like this creates that kind of geology is puzzling geophysicists around the world.

And perhaps most haunting, 3 billion miles from home, as I’ve said the farthest worlds that have ever been explored, we found a planet with blue skies, just like our Earth.

In addition to the science that we were able to accomplish and the breakthroughs—the innovation on cost and schedule, and our ability to develop powerful scientific instruments that fit in very small packages—perhaps the greatest outcome of New Horizons was the way that it touched people.

When we conducted the fly-by, thousands of people came to our mission control. They wanted to be a part of it, as if it was the Woodstock of science…minus the mud and the drugs. And, we touched people in many other ways; our website had over a billion page visits in a single page, 10 times the previous record for any NASA mission. We got the Google Doodle, we were on the covers of countless magazines, and 458 newspapers on all 7 continents of the Earth—front page, above the fold, on the same day. NASA had never seen anything like it.

People love exploration, and this is proof of it.

But perhaps most touching are the individual stories that I’ve heard in going out and speaking to people about this project, I want to tell you three of them, and then I’m going to close.

New Horizons was the best thing that’s ever happened in our lifetime.

I was in Vermont one night, last summer, just after the fly-by, and after speaking about the project for an hour, a long line formed, and in that line was a college-aged woman who said to me: “you know, our parents tell us, and we hear on television, that our generation will never accomplish what your generation was able to accomplish and to witness. We hear that this country can’t be as great as it once was…I just want to tell you that New Horizons was the best thing that’s ever happened in our lifetime.” That’s pretty moving.

I was getting off a flight a couple of months ago when the captain was greeting people, and thanking them for flying with the airline, and he saw that I was wearing a New Horizons shirt, and he stopped me, and he said “that’s New Horizons!” and I said “it is.” He said “do you work on it?” I said “I do.” He said, “that’s the coolest project I’ve ever seen! My wife and my three kids and I all have New Horizons screensavers.”

And then last month, I was in Florida, speaking to a business trade group, and again I gave a talk, and then a line formed. In the line was a middle-aged woman, who came, with tears in her eyes, literally crying, to shake my hand. And she said, “my son was flunking out of high school until New Horizons. He was so inspired by that project, that your project saved him. He’s decided to become an engineer, and he’s made straight A’s ever since.”

Nothing in what we do and the technology, the management, the innovation…nothing in the science that we can accomplish is important, as important, as the way that we can touch people with inspirational projects like this. Thomas Alva Edison inspired countless careers in technology and science, simply by creating products that people admire, and said, “maybe I can do something like that.” We on the New Horizons project are proud to be part of that tradition.

In a following interview he continued along these same lines.

I think that there are two values in exploration beyond the obvious. One is that we create a greater society and we do something which is, in the case of great exploration, historic, in which people read about, not just days and weeks later, but decades and centuries later. It makes a mark for our time of what we aspire to be, which is a greater society. And I think that the other thing is that it inspires… particularly by turning young people on to science, technology, engineering, and math careers. It inspires them to be a part of the knowledge and the tech economy.

We do something a little larger than life, we create the future.

Read This Next
Astronaut Drip
We Just Got the First Peek at NASA's Artemis Moon Landing Suits
Blast Off
Former Astronaut Details Quest to Grow Cannabinoids in Space
RIP
Unfortunate Comet Flies Too Close to the Sun, Disintegrates and Becomes a Ghost
Deployment Confirmed
The Internet Is Losing Its Mind Over a Photo of Elon Musk Eating a Huge Potato Spiral
Space Junky
Head of Russian Space Program Appears to Threaten to Smash US With Space Debris
More on Off World
Boom!
Yesterday on the byte
The Devastation From NASA's Asteroid Collision Looks Unbelievable
Martian Stragglers
Monday on the byte
NASA Says "Foreign Object Debris" Briefly Stuck to Its Mars Helicopter
Mount Olympus
Oct 1 on the byte
NASA Astronaut Is Beefing With Russia Again
READ MORE STORIES ABOUT / Off World
Keep up.
Subscribe to our daily newsletter to keep in touch with the subjects shaping our future.
+Social+Newsletter
TopicsAbout UsContact Us
Copyright ©, Camden Media Inc All Rights Reserved. See our User Agreement, Privacy Policy and Data Use Policy. The material on this site may not be reproduced, distributed, transmitted, cached or otherwise used, except with prior written permission of Futurism. Articles may contain affiliate links which enable us to share in the revenue of any purchases made.
Fonts by Typekit and Monotype.