It's been confirmed—Jupiter was struck by a celestial object. 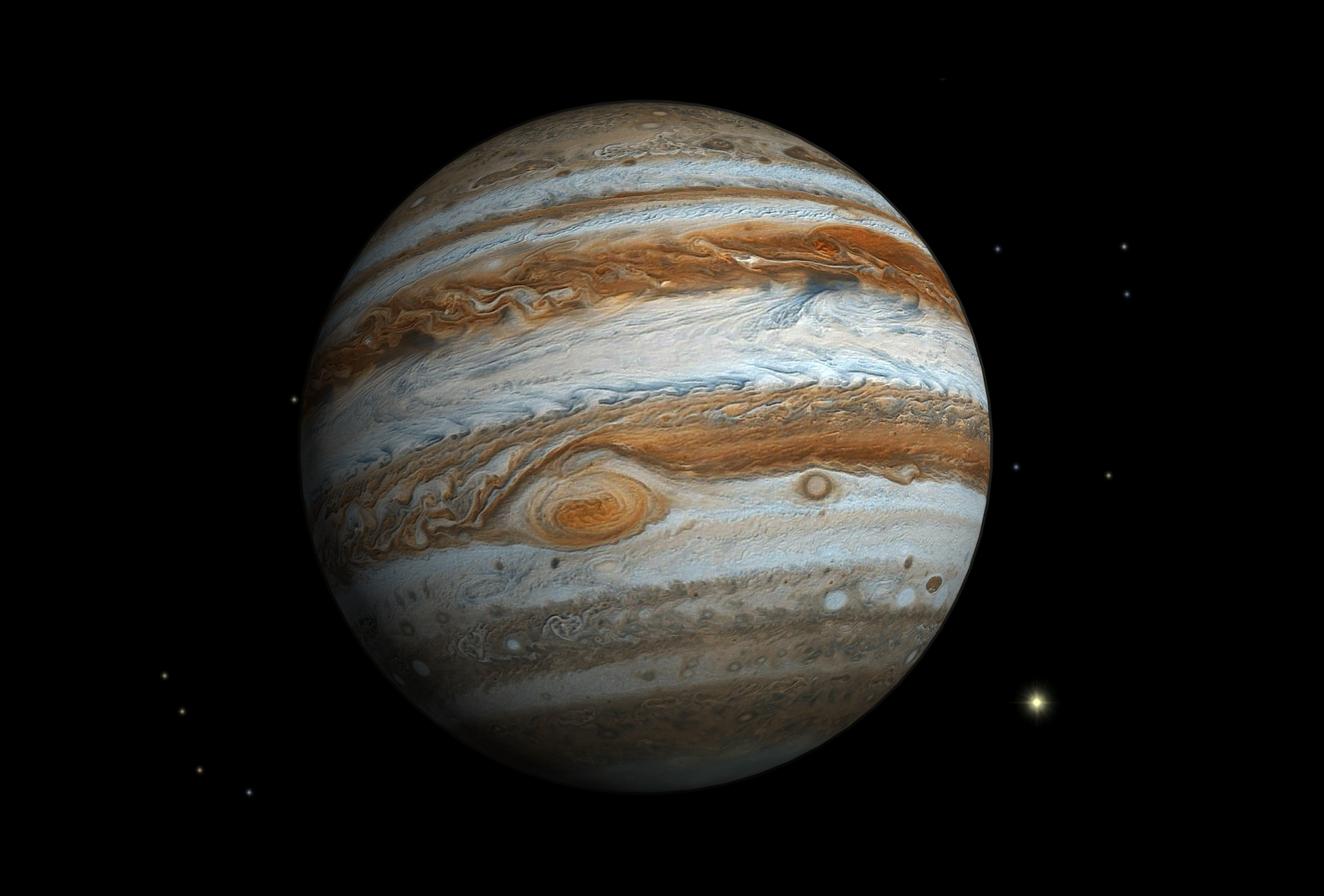 It's been confirmed—Jupiter was struck by a celestial object. Don't worry though, the gas giant has come out victorious in the cosmic fight (was there ever any doubt?).

In the video below, a small blip of light can be seen on the right side of the planet. It may look insignificant, but the resulting explosion was unusually powerful.

An amateur Austrian astronomer used a 20-centimeter telescope to chronicle the event. Because the small flash could have been the result of a technical issue, a second video—taken at the same time with a 28 cm telescope in Ireland—was used to corroborate the first, confirming the impact.

When you consider how massive the planet is (1,321 Earth's could fit inside the gas giant), the "small" blip suddenly looks a whole lot larger. Check it out below:

Given how big the blip looks, the piece of space-rock that hit Jupiter must have been massive to cause that type of impact, right?

Phil Plait of Bad Astronomy reports that the asteroid or comet probably only measured a few hundred feet in diameter. However, when it comes to celestial collisions, the size of the attacker doesn't matter as much as the mass of what it's hitting. Plait explains:

"On average (and ignoring orbital velocity), an object will hit Jupiter with roughly five times the velocity it hits Earth, so the impact energy is 25 times as high. The asteroid that burned up over Chelyabinsk, Russia, in 2013 was 19 meters across, and it exploded with the energy of 500,000 tons of TNT. Now multiply that by 25, and you can see how it doesn’t take all that big a rock to hit Jupiter for us to be able to see it from Earth.

"At these huge speeds, hitting the atmosphere is like slamming into a wall. A lot of people get understandably confused how an asteroid can explode due to air, but the pressures involved as it rams through the atmosphere at these speeds are ridiculously huge."

Jupiter is a resilient gas giant. In fact, it's probably used to getting hit by passing asteroids at this point. The planet gets hit by something big enough to see from Earth about once a year—we're just noticing it more now because our tech is evolving.

Moral of the story: Keep your eye on the sky. You never know what you might see.

Read This Next
Shoo
Scientists Warn Giant Asteroid Is Actually Swarm, Nearly Impossible to Destroy
Monkey Business
China Plans to Send Monkeys to Space Station to Have Sex With Each Other
Overview Effect
William Shatner Says His Space Trip Left Him With a Feeling of Terrible Grief
Origins Machines
The JWST's Data Is So Incredible That Even Those Who Built It Are Questioning Previous Science
Astronaut Drip
We Just Got the First Peek at NASA's Artemis Moon Landing Suits
More on Off World
Space In Space
1:44 PM on the byte
NASA Official Admits There's a Bit of an Issue on the Space Station
No More Hops, Mor...
Yesterday on the byte
Suggestion: NASA Should Make Its Mars Helicopter Do Some Gnarly Tricks From "Tony Hawk"
Exoplanet Dance
Tuesday on the byte
Scientist Releases Amazing Video of Exoplanets Orbiting Distant Star
READ MORE STORIES ABOUT / Off World
Keep up.
Subscribe to our daily newsletter to keep in touch with the subjects shaping our future.
+Social+Newsletter
TopicsAbout UsContact Us
Copyright ©, Camden Media Inc All Rights Reserved. See our User Agreement, Privacy Policy and Data Use Policy. The material on this site may not be reproduced, distributed, transmitted, cached or otherwise used, except with prior written permission of Futurism. Articles may contain affiliate links which enable us to share in the revenue of any purchases made.
Fonts by Typekit and Monotype.