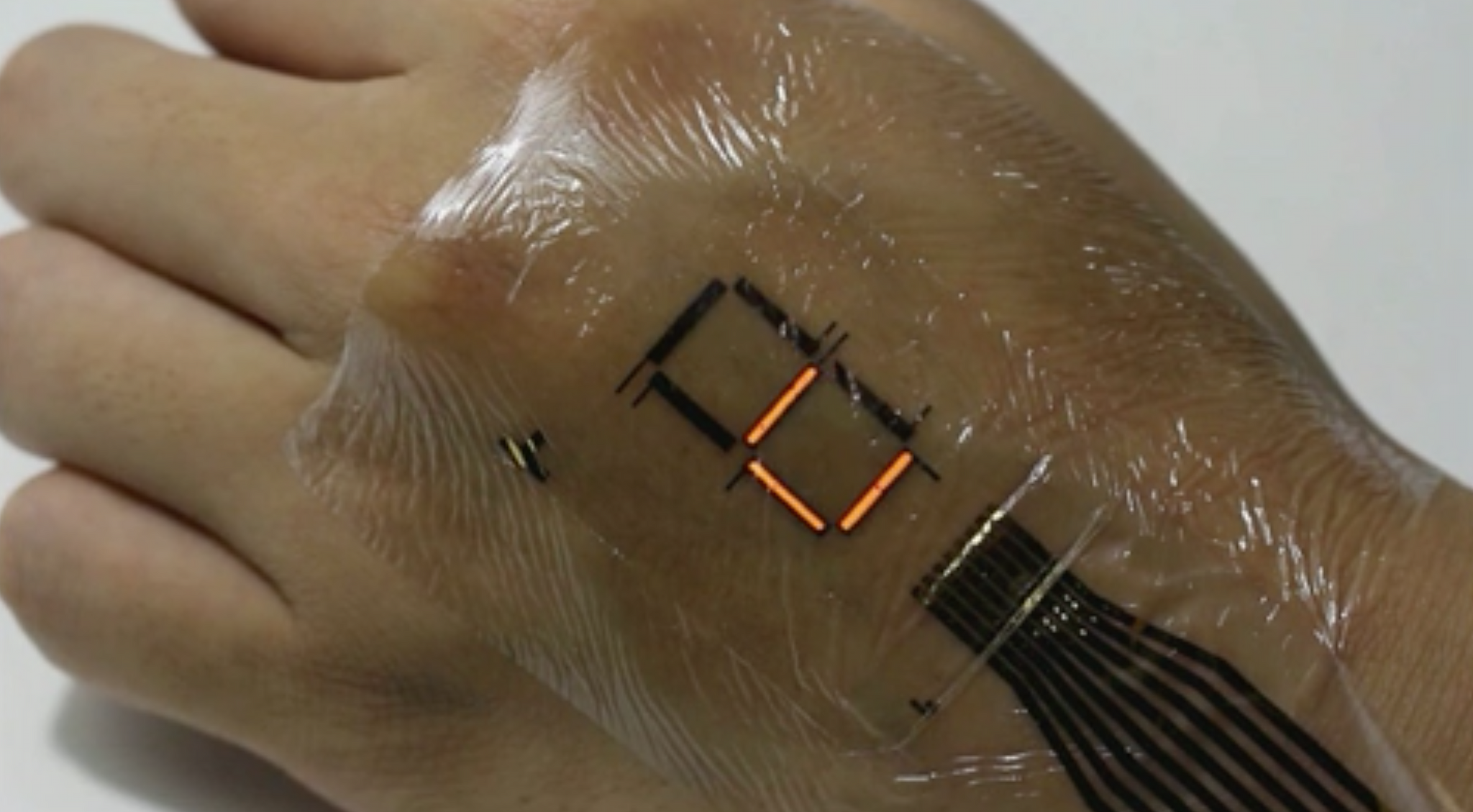 Researchers from the University of Tokyo have created a protective layer of organic material that’s ultrathin and ultraflexible. And the have demonstrated the material’s usefulness by making an OLED display that’s air-stable. This opens the possibility of developing better electronic skin displays, the next major leap in wearable technology.

The thickness (or rather, thinness) and flexibility of wearable electronics is an essential factor in its further development. Plastic substrates are commonly used in the creation of such devices, which still require millimeter-scale thick glass. Also, whenever micrometer-scale and flexible organic materials are developed, they aren’t reliably stable when exposed to air.

That is, they weren't, until a group of researchers led by Professor Takao Someya and Dr. Tomoyuki Yokota created high-quality protective film that’s under two micrometers thin using alternating layers of Silicon Oxynitrite and Parylene. The film kept oxygen and water vapor from passing through and could be attached to indium tin oxide (ITO) electrodes, which are used in flat-panel displays and smart windows.

“What would the world be like if we had displays that could adhere to our bodies and even show our emotions or level of stress or unease,” asks Professor Someya. Ultimately, this is the question that fueled the development of the material.

The researchers were able to create polymer light-emitting diodes (PLEDs) and organic photodetectors (OPDs) by using this new protective film.

The material has also reduced heat generation and consumes less power, which is ideal for medical use, such has for monitoring a pulse rate or monitoring blood oxygen levels when attached to the skin.

Read This Next
Futurism
Electronic Skin That Heals Could be the Future of Prosthetics, Robotics
Futurism
Toyota’s New Scarf-Like Wearable Tech Helps the Blind Navigate Indoors
Futurism
New Electronic Skin Can Sense Sound and Temperature
More on Enhanced Humans
Brain-Computer Im...
Jan 3 on the byte
Neuralink Cofounder Says New Company's Eye Implant Could Be "Ultimate" VR Tech
Eyes Have It
12. 30. 22 on futurism
Meet the Neuralink Cofounder Who Left and Started a Competitor That's Now Rapidly Catching Up
Butcher Shop
12. 6. 22 on futurism
Neuralink Employees Admit Company Has Killed 1,500 Animals So Far
READ MORE STORIES ABOUT / Enhanced Humans
Keep up.
Subscribe to our daily newsletter to keep in touch with the subjects shaping our future.
+Social+Newsletter
TopicsAbout UsContact Us
Copyright ©, Camden Media Inc All Rights Reserved. See our User Agreement, Privacy Policy and Data Use Policy. The material on this site may not be reproduced, distributed, transmitted, cached or otherwise used, except with prior written permission of Futurism. Articles may contain affiliate links which enable us to share in the revenue of any purchases made.
Fonts by Typekit and Monotype.