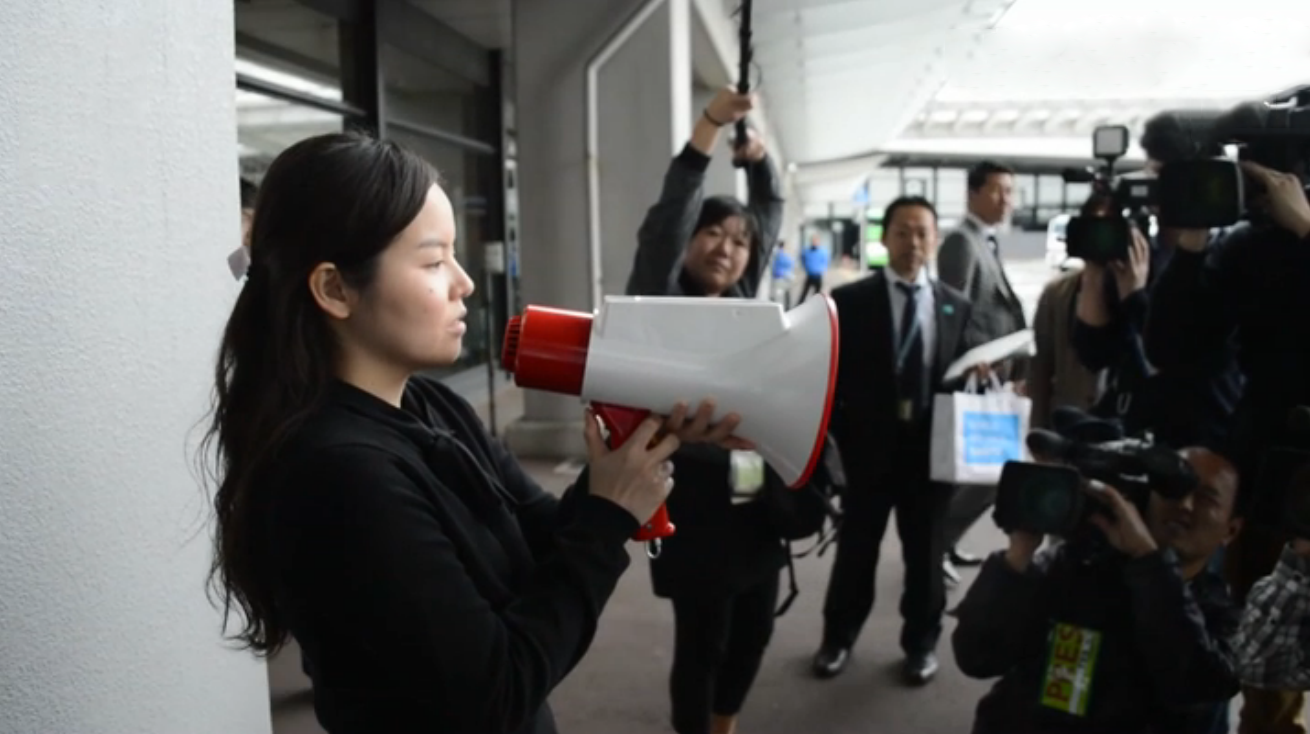 Soon, airport employees in Japan may not need a translator or have be versed in various languages in order to give instructions or updates to passengers. A new (and impressively futuristic) multilingual megaphone can do the translating job for them. Panasonic has developed the "Megahonyaku," which is a combination of “megaphone” and “translation” in Japanese. The device allows a user to speak into the megaphone and have the words automatically transmitted into three languages: English, Chinese or Korean.

It's a little reminiscent of Skype's new translation software, except that this technology doesn't require you to stand in front of a computer.

One of the busiest airports in Japan, the Tokyo Narita International Airport, will soon be testing the new product. However, demonstrations for the media have already taken place with an early model. You can see how the technology works in the video below.

If all goes well, this could benefit  airport personnel worldwide who have to deliver multilingual information and updates. In addition, the device could be an invaluable benefit during times of disaster or emergency. For example, consider major catastrophes like the Asian tsunami. When this disaster occurred, foreign aid workers had a difficult time speaking with individuals in need, as they didn't understand the language fully. Additionally, tourists had a hard time understanding what they were being told by those in change and where they needed to go to get the required help. Ultimately, this megaphone could give us a quick way to communicate information.

It's not exactly a universal translator, but we're getting there.

Read This Next
FROM THE DEPT. OF THINGS TO BUY
Best Panasonic Deals for Amazon Prime Day
More on Sci-Fi Visions
From the Dept. of...
12:00 AM on futurism
The Best Humidifiers of 2023
Human v. Giraffe
Jan 24 on the byte
Chaotic Italian Fashion Line Baffles Facial Recognition Software
Step One
Jan 24 on the byte
World’s Third Richest Person Says He’s Developed "Addiction" to ChatGPT
READ MORE STORIES ABOUT / Sci-Fi Visions
Keep up.
Subscribe to our daily newsletter to keep in touch with the subjects shaping our future.
+Social+Newsletter
TopicsAbout UsContact Us
Copyright ©, Camden Media Inc All Rights Reserved. See our User Agreement, Privacy Policy and Data Use Policy. The material on this site may not be reproduced, distributed, transmitted, cached or otherwise used, except with prior written permission of Futurism. Articles may contain affiliate links which enable us to share in the revenue of any purchases made.
Fonts by Typekit and Monotype.