They're saying it's the worst leisure activity. 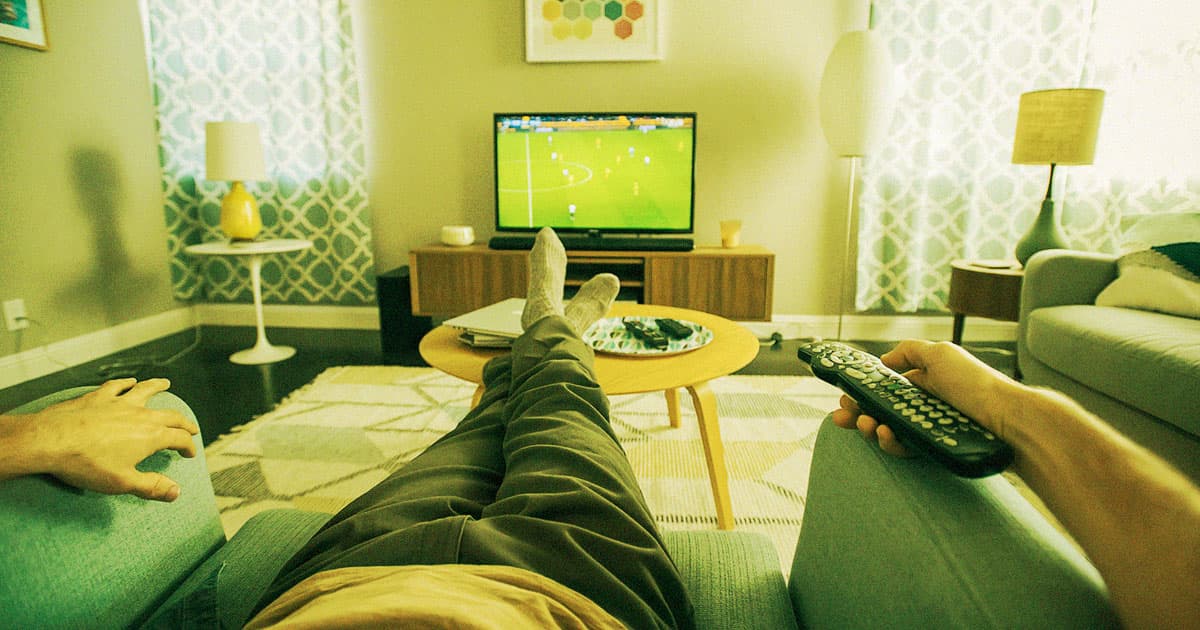 Turns out not all time wasting activities have the same cognitive health outcomes.

New research published in the peer-reviewed Proceedings of the National Academy of Sciences (PNAS) journal this week appear to show that watching television is probably a lot worse for long-term cognitive outcomes than many other common leisure activities. Specifically, watching the boob tube seems to be strongly correlated with developing dementia.

"Our findings suggest that the brain impacts of sitting during our leisure activities are really separate from how physically active we are," said UArizona researcher and study coauthor Gene Alexander in a statement, "and that being more mentally active, like when using computers, may be a key way to help counter the increased risk of dementia related to more passive sedentary behaviors, like watching TV."

Using data from UK Biobank, which provides anonymous biomedical data to researchers, Alexander and collaborators at UArizona and the University of Southern California examined more than 145,000 participants aged 60 and older. None of them were diagnosed with dementia when the project started in 2006, but after about 12 years, more than 3,500 had ended up with dementia diagnoses.

What they found, generally speaking, was that watching TV appears to be ominously associated with later on dementia diagnoses. And no, it's not just that people watching TV are sitting down, which is also correlated with dementia; instead, they found that more cognitively engaging sedentary activities, like using a computer, weren't as bad as watching TV.

"It isn't the time spent sitting, per se, but the type of sedentary activity performed during leisure time that impacts dementia risk," lead study author David Raichlen, a former professor at UArizona and current professor at USC, said in the statement.  "We know from past studies that watching TV involves low levels of muscle activity and energy use compared with using a computer or reading. The relatively greater intellectual stimulation that occurs during computer use may counteract the negative effects of sitting."

Physical activity still does appear to stave off cognitive decline, in other words, but what we do while we vegetate matters.

Exactly why that is tough to say, though it's tempting to speculate that using your brain in an active way keeps it healthier than passively consuming video content. The correlation, though, could give people valuable guidance on how to spend their time as they age.

"Our study shows that physical activity doesn't fully mitigate the risk of dementia from too much sitting in the same way it does for other diseases, however what we do while we're sitting matters," Raichlen added. "This knowledge is critical when it comes to designing targeted public health interventions aimed at reducing the risk of neurodegenerative disease from sedentary activities through positive behavior change."