And they didn't come back. 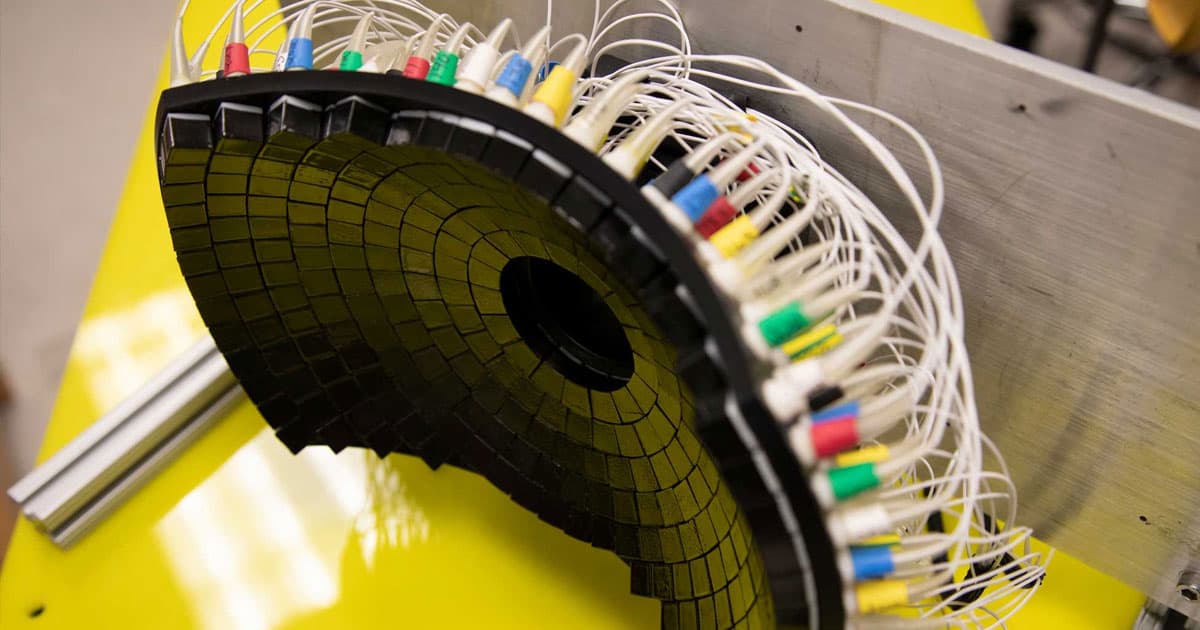 Image by University of Michigan
Cancer

A team of scientists at the University of Michigan say they managed to break down liver tumors in rats, using nothing but noninvasive ultrasound waves, in a potentially game changing treatment for liver cancer patients.

In early tests, sound waves were able to destroy up to 75 percent of the liver tumors, allowing the animals' immune systems to tackle the remaining tissues and stop them from reemerging.

"Even if we don't target the entire tumor, we can still cause the tumor to regress and also reduce the risk of future metastasis," said Zhen Xu, a professor of biomedical engineering at UM and corresponding author of a new study published in the journal Cancers, in a statement.

On a very basic level, it's an ultrasound imaging device on steroids. The technique, called histotripsy, can focus tight beams of ultrasound waves at target issues, and is already being tested in humans at the Baptist Health South Florida hospital.

The transducer that emits the targeted ultrasound waves creates microbubbles inside the offending tissues, causing them to rapidly expand and collapse, and then eventually to break up.

There's plenty of advantages to the approach. Scientists have found the technique doesn't have the same adverse side effects as other approaches to treating cancerous tumors, like radiation and chemotherapy.

Liver cancer is one of the top 10 cancers affecting Americans today, with over 30,000 new cases being reported in 2018 alone. One out of every four deaths in the US is due to cancer, according to the Centers for Disease Control and Prevention (CDC).

But there's still plenty of work left to do until we know for sure histotripsy is both effective and safe for human liver cancer patients.

"We hope that our learnings from this study will motivate future preclinical and clinical histotripsy investigations toward the ultimate goal of clinical adoption of histotripsy treatment for liver cancer patients," said lead author Tejaswi Worlikar, a doctoral student in biomedical engineering at UM, in the statement.

Image by University of Michigan