They appear to have grown new cognitive powers. 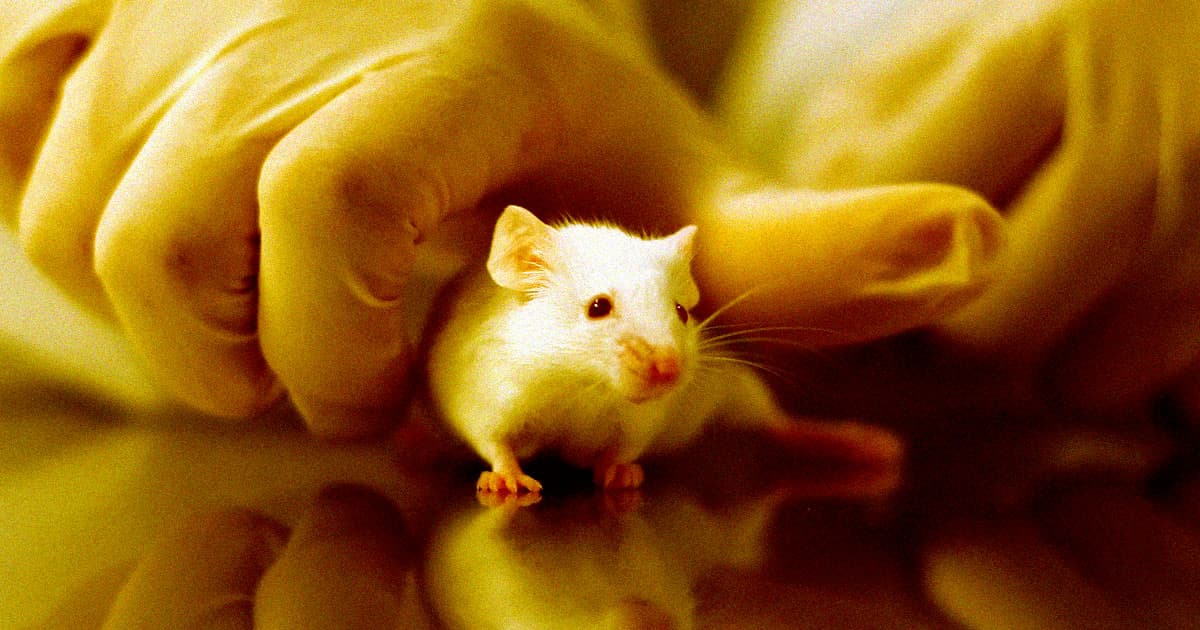 In a breakthrough study providing evidence that it's indeed possible for neurons of one species to form and function within the brain of another, Stanford University scientists have successfully transplanted human brain cells into the brains of live rats. And they're DEFINITELY not making human-rat monsters and/or mutant rodents designed to train similarly mutated teenage turtles, okay?

That being said: if neither of those are the use cases for this eerie breakthrough, what is?

As The Daily Beast explains, scientists often rely on organoids — in short, self-assembling groups of stem cells that form three-dimensional models of complex organ cells or tissue — to study and experiment on human brain cells. While useful, they have their drawbacks. At their best, organoids are only mimics, and tend to do so imperfectly. When it comes brain organoids in particular, neurons struggle to grow to their typical size and form strong bonds with one another, as real brain cells do inside of our heads.

Basically, though brain organoids may offer some scientific insight, it's not much. And that, friends, is where the rats come in.

The study, published in the journal Nature and led by Stanford professor of psychiatry and behavioral science Sergiu Pasca, has a fairly simple — if slightly gruesome-sounding — hypothesis: if we can successfully transplant human neurons into the brain of a rat, we can, in a way, make a better, more realistic version of an organoid.

In other words, they wanted to turn a rat's brain into a poke-able, prod-able, human-adjacent site to study live-action human neurological function — and with it, neurological disorders.

"Psychiatric disorders are a huge burden to society," Pasca said during a press briefing, according to the Beast. "I believe we have a moral imperative to find better models to study these conditions."

To test the theory, the scientists transplanted brain cell organoids — obtained from human donors — into the brains of over 80 newborn rat babies. The rattos were then pretty much left alone for eight months to grow into adults, fed and raised normally by the researchers.

Per the study, those xenoplanted neurons grew to take up one-third of a hemisphere in the rats' brains, growing up to six times larger and forming bonds much stronger than those grown in petri dishes. The affected rats were also able to tell red light from blue light, which normal rats can't — a sign that the human-borne neurons had integrated with the rats' "neural circuitry," as Pasca told the Daily Beast. Eep!

That being said, the rats' brains were still mostly rat, and the stem cells didn't always grow as they would within a human brain. Still, the research provides strong evidence that when rat brains are effectively used as a new-and-improved petri dish, they offer a far more advanced means to study human brain function than any in-petri organoid ever could — especially considering that when the scientists implanted a different group of rats with organoids derived from human folks with Timothy syndrome, they were able to see that the disordered neurons grew and spread differently than normal ones.

Of course, while this is a fascinating and potentially fruitful breakthrough, it obviously raises some serious ethical questions. It's fairly disturbing to think about intentionally giving a rodent a brain disorder, and on a deeper level: how ethical is it at all to fuse the minds of two species, and are we effectively then experimenting on the minds of tiny — if hybrid — humans?

"We're going to have to think very carefully together," Pasca told the Daily Beast, "what are the models and how far we want to go."