When the patient was on the operating table, the doctor was 20 miles away. 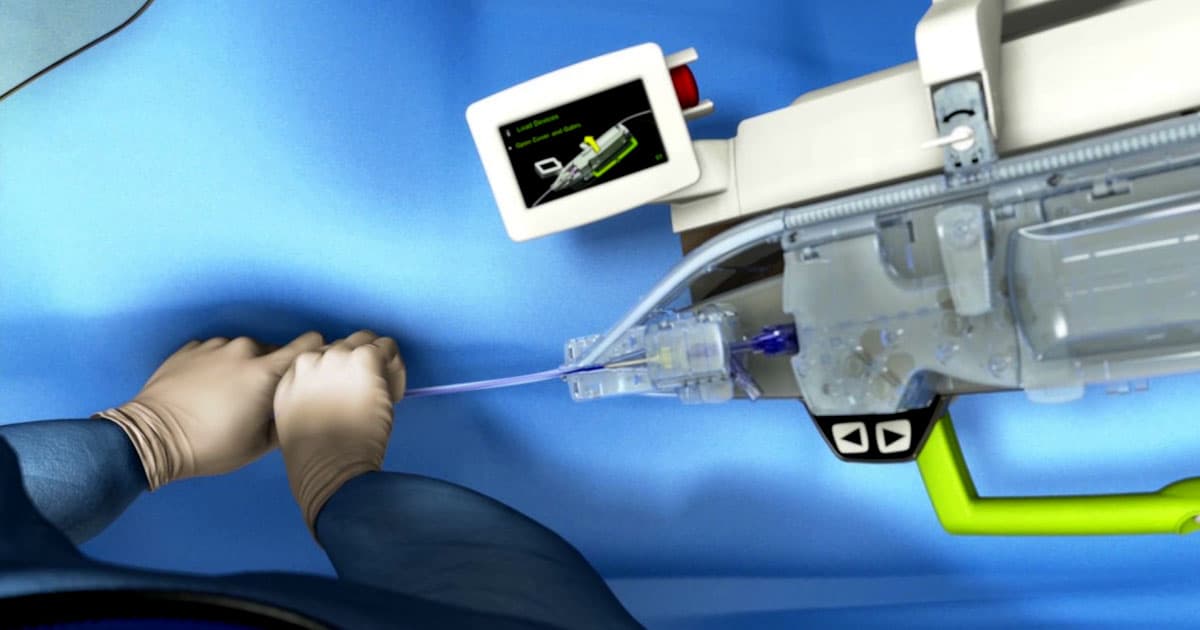 In December 2018, Indian doctor Tejas Patel performed heart surgery on five patients — all while he was 20 miles away from the operating table.

In a paper recently published in the journal Lancet's EClinicalMedicine, Patel and colleagues detail their use of a CorPath GRX robot to perform the world's first remote heart surgery.

The procedure in question is called a percutaneous coronary intervention, which is intended to improve blood flow. Surgeons have used the same robot to perform that particular procedure before, but in those instances, the workstation used the control the bot was in the same room as the patient, meaning the surgeon was in the room as well.

This time, Patel's team set up the workstation, which includes several monitors and joysticks, in a room 20 miles away, linking the station to the robot via a high-speed internet connection. They also added extra cameras to the operating room to feed additional information to Patel during the procedure.

Then, with two surgeons in the operating room who could step in if anything went amiss, Patel performed the surgery — and, eventually, four more like it.

"The success of this study paves the way for large-scale, long-distance telerobotic platforms across the globe, and its publication in Lancet's EClinicalMedicine demonstrates the transformative nature of telerobotics," he told ZDNet. "While remote robotic procedures are still in the early stages of development, it is clear we are on track to expand patients' access to care, while reducing their time to treatment."