The Pope Says His Preferred Medication for Injury Is Tequila 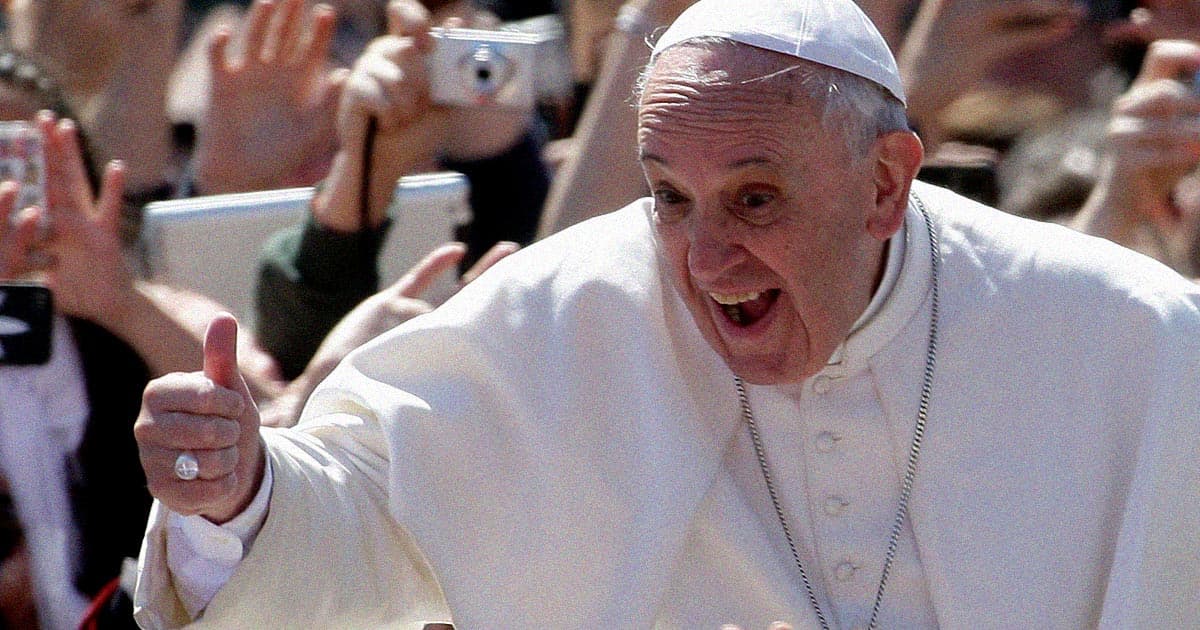 Hey barkeep, hurry up, would ya?

In a viral video the Associated Press covered yesterday, Pope Francis stopped to speak with onlookers as he passed through  St. Peter’s Square in Vatican City. He sat inside the bulletproof popemobile and chatted with Mexican seminary students from the Legion of Christ who asked the Argentinian leader in his native Spanish how his knee was doing, according to the AP.

When the students thanked the Pope for pushing through the pain and said he was an example for future priests, Francis cracked wise, making the entire crowd laugh.

"You know what I need for my leg?" Francis jested. "Some tequila!"

The students laughed and promised to deliver a bottle to the hotel where the 85-year-old Pope lives.

The Pope wasn't terribly off the mark, even if he wasn't being serious. Some research has found that moderate alcohol intake can combat chronic pain, and several Mexican-American restaurants have made sure to advertise tequila to their customers for the very same reason.

However, that doesn't mean Francis is gettin' lit anytime soon.

According to the AP, he's undergoing physical therapy two hours per day and uses a wheelchair and cane to help the strained ligaments in his knee heal. Since the issue has been ongoing for months, it's at least likely the Pope has taken some kind of prescription pain reliever. In that case, the National Institute on Alcohol Abuse and Alcoholism says it's not a good idea to mix drugs and alcohol, although about 28 percent of people who suffer from chronic pain do use alcohol for pain relief.

Even if the Catholic Church has a dodgy history, it's good to see relatable world leaders. Cheers to the Pope's speedy recovery.

More on parasitic relationships: It's Surprisingly Likely That You Have a Nasty Parasite in Your Eyeball