The goal is to grow human organs inside animals. 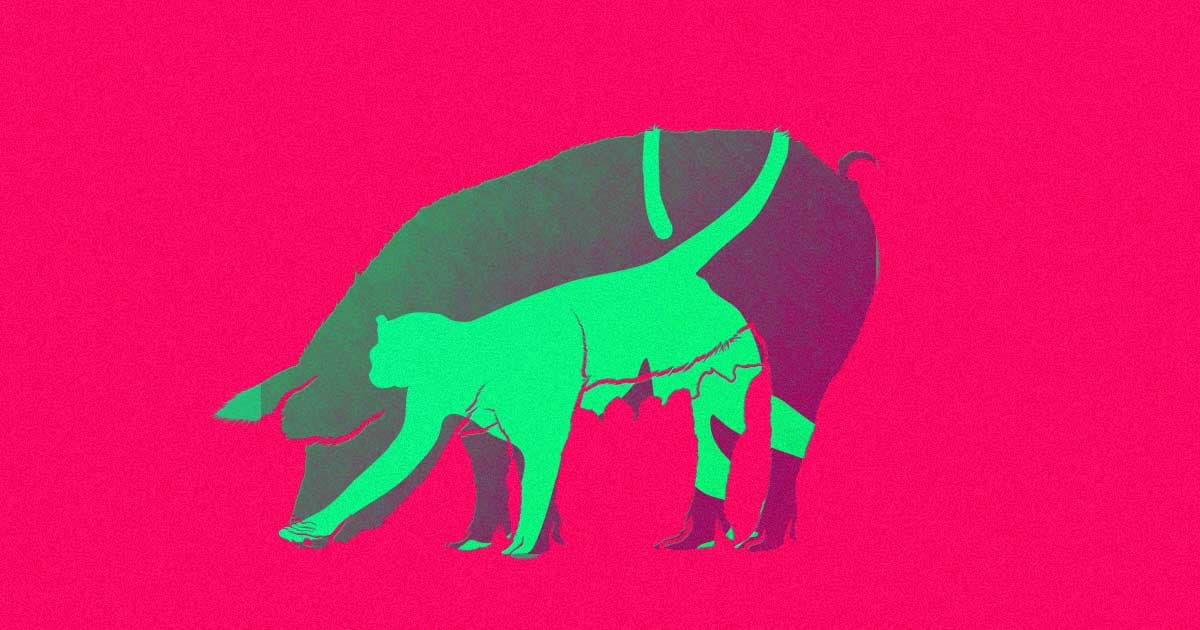 According to a New Scientist exclusive, the first ever piglets with cells from monkeys have been born in a Chinese lab.

"This is the first report of full-term pig-monkey chimeras," State Key Laboratory of Stem Cell and Reproductive Biology researcher Tang Hai, a co-author on a new paper about the birth, told the magazine.

The researchers' final aim is to grow human organs inside animals — but that future is still many years out. These particular piglets unfortunately died within a week of birth, with the exact cause of death still unknown.

To create the pig-monkey chimeras, Hai and his team grew a monkey cell culture, derived embryonic stem cells from it, and injected them into pig embryos four days after fertilization.

The results leave something to be desired. Only two out of ten piglets turned out to be chimeras. The team had to implant more than 4,000 embryos to get to these results.

"Given the extremely low chimeric efficiency and the deaths of all the animals, I actually see this as fairly discouraging," stem cell biologist Paul Knoepfler from the University of California, Davis, told New Scientist.

The monkey cells in the two chimeras were spread across a number of vital organs, but only represented a very low proportion of cells — between one-in-1,000 and one-in-10,000, according to New Scientist.