Pfizer's Jacking Up the COVID Vaccine Cost to 10,000 Percent Its Production Cost 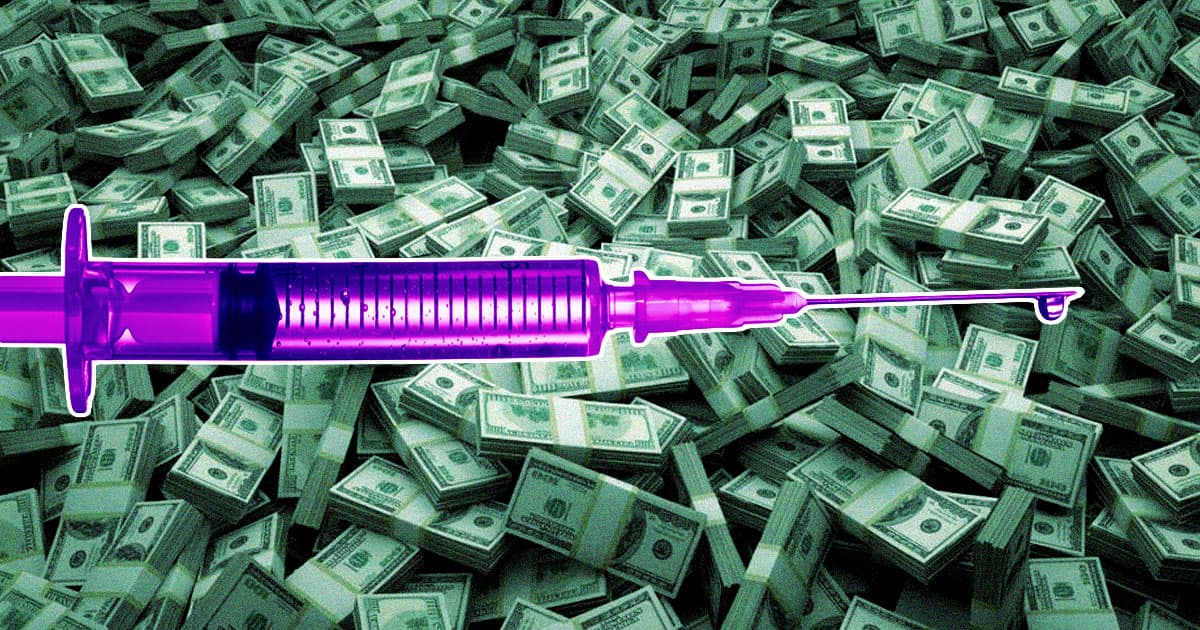 We're not surprised, just really disappointed. Reuters reports that next year, pharma giant Pfizer plans to nearly quadruple the per-dose price of their COVID-19 vaccine, jacking costs from $20 to $30 per shot to $110 to $130.

Particularly striking: Experts, per Reuters, estimate that at that price, the vaccine cost 10,000 times what it costs Pfizer to actually make it.

The People’s Vaccine Alliance, an international group committed to ensuring vaccine access, has reportedly condemned the price hike as "daylight robbery." Of course, for Pfizer, the price hike would be an incredibly lucrative move. Like other American drug companies, Pfizer, first and foremost, is a business. As the once-overwhelming demand for COVID vaccinations continues to wane, this is a way for Pfizer to hold onto previous vaccine revenue and then some — Wells Fargo analyst Mohit Bansal told Reuters that the proposed hike would probably rake in between $2.5 and $3 billion.

So, uh, good news for Pfizer. But bad news for those who, you know, need to be vaccinated, want others to be vaccinated, or need vaccines to be affordable. And sadly for that latter group, experts are unfortunately expecting other vaccine providers to follow suit.

"We expect Moderna to adapt to this signal," SVB Securities analyst David Risinger said in a research note, according to Reuters. He reportedly added that he expects Pfizer/BioNTech, Moderna and Novavax to all "[price] in a similar range for the foreseeable future."

Moderna declined Reuter's request for comment, but has previously suggested putting its commercial pricing somewhere around $64 to $100 per shot.

It's worth noting that compared to the average annual cost of flu shots, Pfizer's proposed vaccine prices are far from normal. As Reuters points out, the US government pays between $20 and $30 for standard flu doses, and maybe up to $70 for the highest-dose shots. And on that note, it's infuriating to consider where else the government billions that will likely soon be pocketed by Pfizer could go instead.

Are Pfizer's proposed prices sociopathic? Upsetting? Mind-blowing? Sure. But for better or, in this case, almost certainly for worse, this is American healthcare, and it looks like vaccine makers might be fresh out of pandemic good will.

11.20.22 Treatments
New Vaccine Blocks Fentanyl in Brains of Rats
9.28.22 Rx/Medicines
Scientists Trick Mosquitoes Into Vaccinating Against Malaria by Biting
9.20.22 Developments
Biden Really Screwed Up When He Said the "Pandemic Is Over"
8.12.22 Developments
The CDC's New COVID Guidelines Are Pretty Stupid Even by American Standards
8.11.22 Developments
Next Pandemic Could Be Caused by Horrid Fungi, Scientists Warn