The Pandemic Is Forcing Teletherapy to Go Mainstream 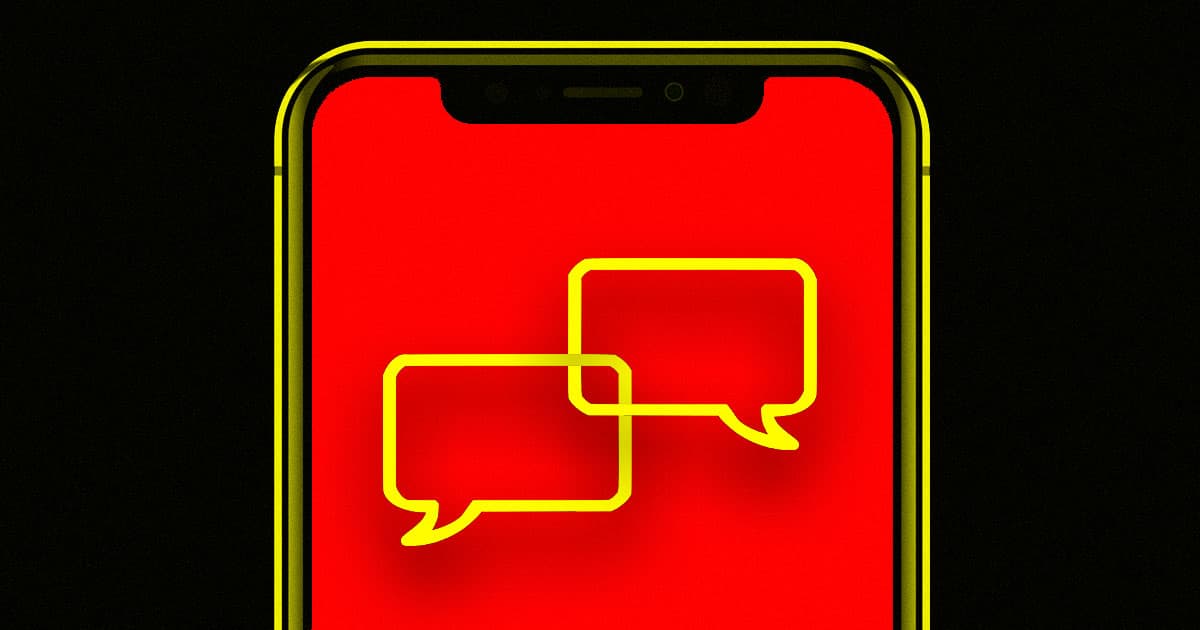 But the best thing people can do for public health can sometimes be the worst thing for their mental well-being, as isolation leaves many cut off from the lifelines they depend on to cope.

As a result, teletherapy — counseling conducted over video chat or phone — has seen a surge of interest. Many therapists who traditionally only held face-to-face appointments are setting up telehealth systems for the first time.

"All issues that are in people’s lives are augmented during this time of crisis — anxiety, relationships, parenting, substance use, depression," psychiatrist Dr. Anne Gilbert, who runs a virtual healthcare program at Indiana University, told Futurism.

And those new resources have done tangible good: some patients even say they're seeking out help only because of the privacy afforded by teletherapy.

"This was a daunting thing for me," said one patient. "To do it in a way that's less invasive, doesn't require driving around, doesn't have other people in a waiting room where everyone's wondering what I'm there for — to do it in my own home has been more comfortable."

Across the industry, therapists are starting to meet new and former patients wherever they are, doing what they can to make sure treatment isn't interrupted.

"In my personal experience, yes people are getting the help they need," Justin Arocho, a clinical psychologist in private practice in New York, told Futurism, noting that his own experience might not mirror the mental healthcare industry at large. "We as care providers are there to offer and provide the services that we have a professional duty to do in a way that maximizes safety for our patients."

Arocho recently pivoted to an all-remote practice. Before that, he typically only offered the opportunity to video chat to patients who were out of town or otherwise couldn't make an in-person appointment, though he also acknowledges teletherapy's value as an approach that can be just as effective as working face-to-face.

With American health insurance often tied to one's employment and people losing jobs at an unprecedented rate, it's difficult to argue that transitioning to teletherapy makes mental healthcare universally more accessible. But when the pandemic is over, it's increasingly likely that doctors will be more flexible and continue to offer video sessions, even if they at least partially revert to in-person visits. And in that vision of the future, getting the care that people need does become far more feasible.

"I think under 'typical or normal' circumstances, I would always prefer to meet everyone in person," said Arocho. "And that's why up to this point in my practice I've only used telehealth as a backup. But going forward, that's unlikely to be a possibility, and I don't think that's a good enough reason to go without therapy or not initiative treatment when someone needs it."

Still, some patients agree with Arocho's preference for in-person appointments and find themselves grappling with the unique challenges of teletherapy. One told Futurism that video chats didn't quite meet the experience of in-person therapy but also said it was better than nothing.

"It's an okay substitute but I think I prefer going to the office," they told Futurism. "A therapist's office is nice because there's a couch to sit on and not a whole lot else besides some fairly minimal decor, a lamp, some tissues. It's always clean and comfortable."

One key issue, therapists say, is for patients to find a private space in their homes away from family or roommates.

"I always ask the client if they are alone and have a confidential space first," said Gilbert from IU. "I take responsibility for asking others to leave the room."

Indiana University built its own video chatting platform, but there's plenty of HIPAA-compliant software that practitioners can buy. And thankfully, those who spoke to Futurism said their patients were willing and able to make the transition to remote sessions along with them.

The most important thing that Arocho had to figure out, he said, was how to make teletherapy appointments just as impactful and intimate as the sessions to which he and his patients had grown accustomed.

For instance, he urges patients to find a quiet, private space in their homes. If they have roommates or family members in the home with them, he might suggest going into a separate room and playing background noise, whether its music or a fan that's loud to keep people from listening in but not so much that it gets in the way.

Most importantly, he urges patients to close every other window and program running on their computers — his office is as distraction-free as possible, so remote sessions should be as well.

"It's easy when you're on a device to be pulled in ten different directions," he said.

Other doctors, like psychiatrist Amy Halanski, have been working out the kinks of remote therapy for years. Halanski, who currently works for a telehealth platform called Wellnite, has been offering teletherapy for seven years, over which she's seen the public response to remote healthcare transition from utter befuddlement to general acceptance.

And, as someone extremely familiar with the practice, she sings its praises as a means to make critical healthcare more accessible, affordable, and convenient.

"Just to have mental health, telehealth as an operative space that people can access during the pandemic is 'move the world' kind of stuff," Halanski told Futurism.