Researchers Say Microbes Assemble Into "Superorganisms" That Crawl Around Your Teeth 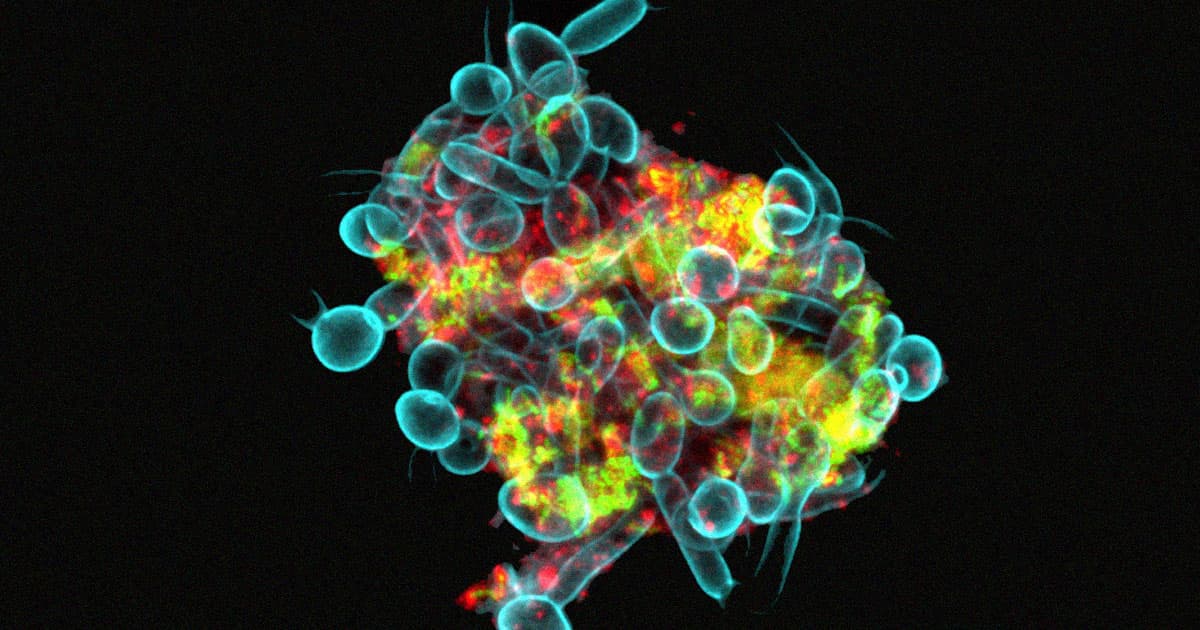 Researchers at the University of Pennsylvania School of Dental Medicine have accidentally discovered that bacteria and fungi can team up to form a mobile "superorganism" that will wreak havoc on your teeth, according to a new study published this month in the journal Proceedings of the National Academy of Sciences.

The researchers discovered these "interkingdom assemblages" while studying toddlers with severe tooth decay. A closer look revealed that the conjoined bacteria-fungi exhibited a greater resistance to antimicrobials, and in general were much more virulent.

What's worse is that these superorganisms are mobile and can "walk" — something they couldn't do before joining forces in an assemblage.

"We noticed the bacteria and fungi forming these assemblages and developing motions we never thought they would possess: a 'walking-like' and 'leaping-like' mobility," said Hyun Koo, a co-corresponding author of the study and a professor at Penn Dental Medicine, in a press release.

"They have a lot of what we call 'emergent functions' that bring new benefits to this assemblage that they could not achieve on their own," he added. "It's almost like a new organism — a superorganism — with new functions."

According to the study, this emergent mobility is facilitated by small branches of fungal filaments called hyphae, that, as they extend and make contact with another surface, lift the whole assemblage up, carrying the bacteria with it.

The researchers posit that the assemblages gain their increased virulence, resilience, and mobility from their tight cohesion between cells and a strong, glue-like extracellular polymer formed as a result of the bacteria-fungi assembly.

Being both hard to kill and extremely mobile means that these superorganisms can quickly colonize your teeth and cause some pretty nasty tooth decay.

The researchers believe that studying how to target these assemblages could help prevent childhood tooth decay, which affects more than half of all six- to eight-year-old children in the United States, according to the Centers for Disease Control and Prevention.

"If you block this binding or disrupt the assemblage before it arrives on the tooth and causes damage, that could be a preventive strategy [against childhood cavities]," Koo suggested.

More on dental health: Lazy Flossers Rejoice! Tiny Robot Shapeshifters Will Brush and Floss for You