People who eat these on the regular might live longer and have healthier hearts. 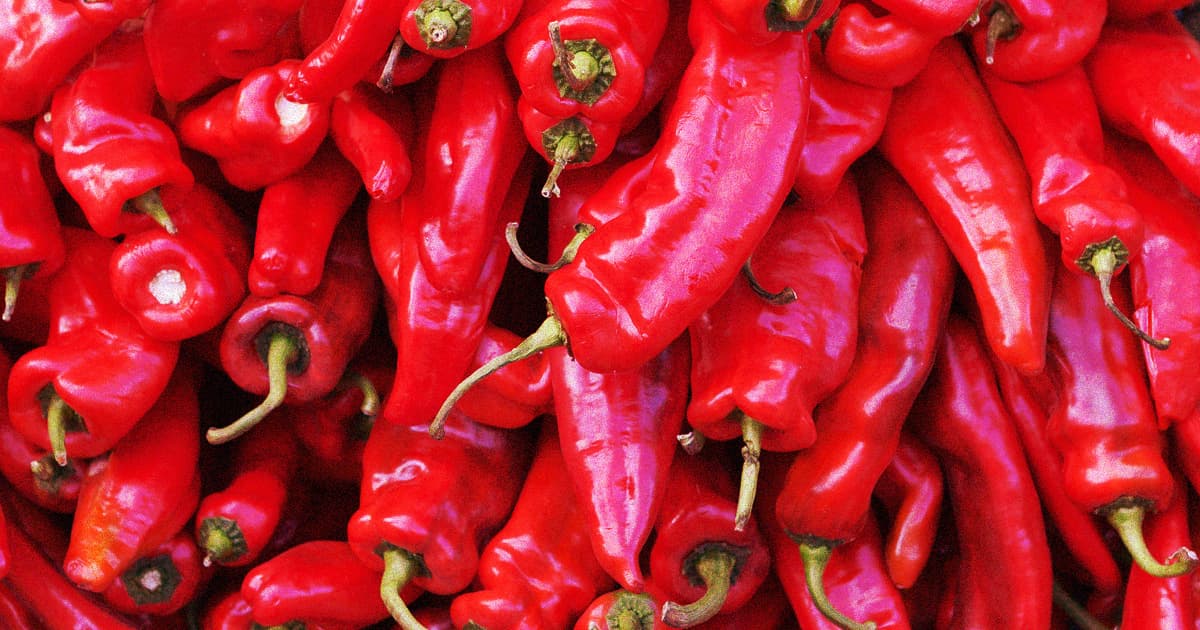 According to the preliminary results of a massive review study, regularly eating chili peppers could have major medical benefits including a lowered risk of heart disease, cancer, and a longer lifespan in general.

The results haven't yet been evaluated and published in an academic journal, but will be presented during an American Heart Association (AHA) conference that begins Friday, and the work is based on expansive data. In the review, scientists aggregated the results of some 4,729 studies on the health outcomes of including chili pepper in one's diet that covered, in total, over 570,000 participants.

"We were surprised to find that in these previously published studies, regular consumption of chili pepper was associated with an overall risk-reduction of all-cause, [cardiovascular disease] and cancer mortality," Dr. Bo Xu, senior study author and a cardiologist at the Cleveland Clinic's Heart, Vascular & Thoracic Institute, said in an AHA press release. "It highlights that dietary factors may play an important role in overall health."

Specifically, the review found that those who eat chili peppers had a 26 percent lower relative risk of dying from cardiovascular disease than those who rarely or never ate chilis, as well as a 23 percent drop in the risk of cancer deaths. Most notably, however, the scientists noticed a 25 percent reduction in the risk of dying from any cause at all — suggesting that chilis just, well, make you live longer.

To clarify, these numbers deal with relative risks over absolute risks, so they describe the change in risk between two groups — it doesn't necessarily mean that eating chili peppers will reduce your personal odds of dying from heart disease by 26 percent, but rather that one group's odds — the group that ate the peppers — are 26 percent better than the other's.

But because the scientists were merely looking at trends identified by other studies, each of which had its own parameters and conditions, they can't draw a causal link between eating chili peppers and improved health.

"The exact reasons and mechanisms that might explain our findings, though, are currently unknown," Dr. Xu said in the release. "Therefore, it is impossible to conclusively say that eating more chili pepper can prolong life and reduce deaths, especially from cardiovascular factors or cancer. More research, especially evidence from randomized controlled studies, is needed to confirm these preliminary findings."

More on diet: Faulty Studies Mean Everything You Know About Nutrition Is Wrong