Next, they're going to try it on human cancer patients. 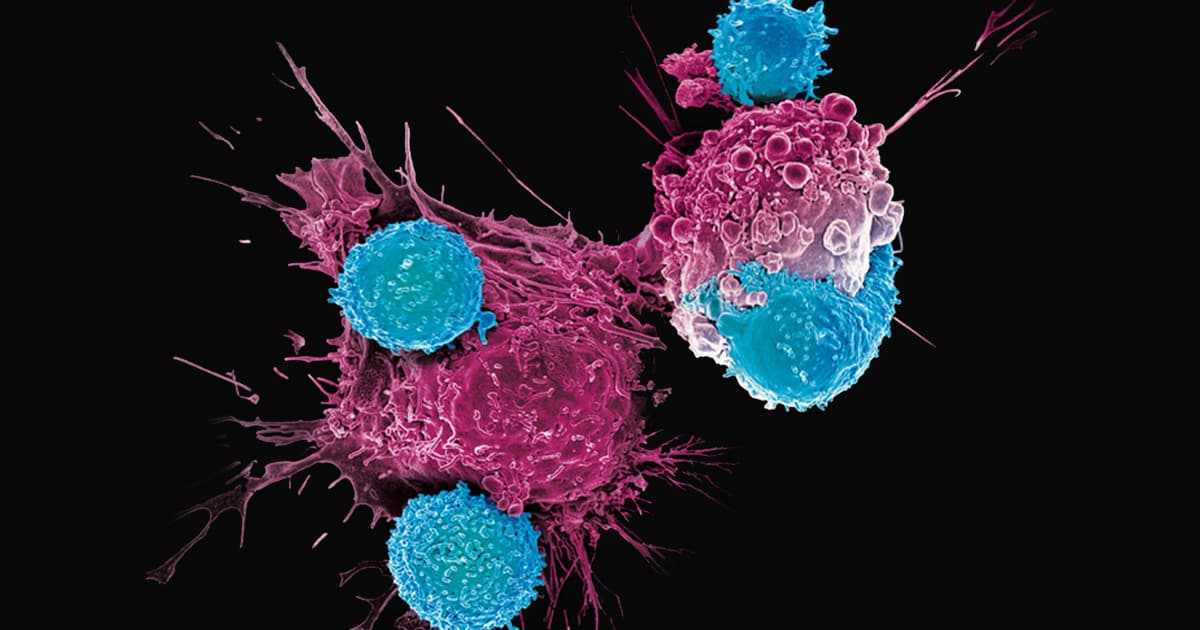 Solid, treatment-resistant tumors can put up shields that prevent anti-cancer medications from doing their job. But doctors say they have a new tool to break them down: a special, gene-hacked virus.

Solid tumors are generally unbothered by the immune system, but the lab-brewed virus can infiltrate their cancer cells and force them to mass-produce a protein called CD19 that draws the attention of hunter-killer T cells, according to research published Wednesday in the journal Science Translational Medicine. With this new one-two punch, the City of Hope Hospital scientists behind the work hope to be able to treat vastly more types of cancer than the limited number that CD19 T cells already respond to.

The virus is able to sneak past the tumor's defenses and infect its cancer cells. Then, there's a brief window where the virus is churning out CD19 but hasn't yet killed its individual host cell during which T cell therapies can be launched at the weakened tumor.

"We designed this oncolytic virus to do what it does so well," Dr. Yuman Fong, the City of Hope oncologist who engineered the virus, said in a press release.

The team tested out the new therapy in petri dishes as well as lab mice, and are currently designing a clinical trial for human cancer patients. They're optimistic because the T cell treatment they're using is already approved for some kinds of cancers.

Interestingly, the new treatment also seems to enhance the immune systems of the lab mice after their tumors had been wiped out.

"The immune system built a memory response to the tumor," study coauthor Anthony Park said in the release. "Once it eradicated tumors, following the initial combination treatment, the mice were shielded against tumor recurrences."