It's almost exactly like a fidget spinner — except full of human urine. 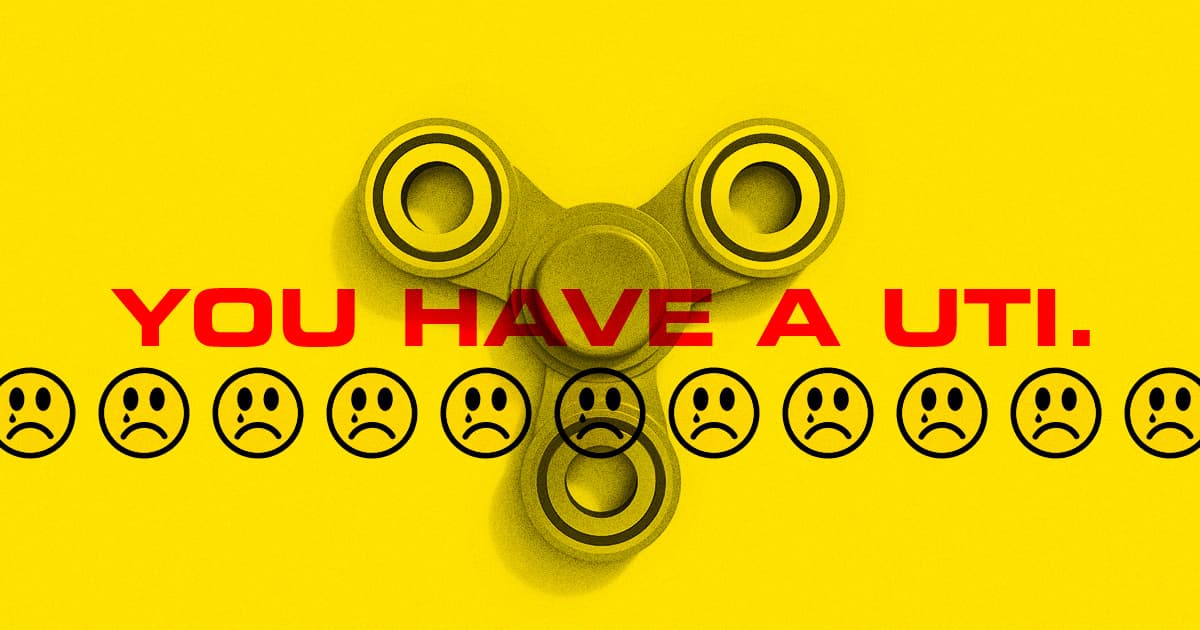 A new medical device can diagnose urinary tract infections (UTIs) at home in less than an hour. And, in an unusual twist, the device looks and performs almost exactly like a fidget spinner — if a fidget spinner was full of human urine.

It may sound unusual, but rapidly spinning samples is commonplace in biomedical research. In this case, New Scientist reports that rapidly spinning a urine sample in the device will force the urine — but not any UTI-causing bacteria — through a thin membrane.

If bacteria is present, it will interact with dye on the membrane to offer a diagnosis after just two spins and 45 minutes — much faster than traditional tests that can take days.

"It is easy to operate," Yoon-Kyoung Cho, a biomedical engineer at South Korea's Ulsan National Institute of Science and Technology who worked on the device, told New Scientist.

The team of researchers found that in many cases, patients who went to a doctor for a UTI test were prescribed antibiotics while they were waiting for their results, even if those antibiotics wouldn't help with a UTI. Those wasteful prescriptions, Cho told New Scientist, could increase bacteria's ability to resist and survive antibiotic treatments over time.

The device — once a patient gets taught how to use it — doesn't require a visit to the doctor or even an electric current to offer a diagnosis. Therefore, the team wrote in research published Monday in the journal Nature Biomedical Engineering, it could help improve access to medical care in developing nations or underserved areas.

"The fidget spinner could be used in low-resource settings as an inexpensive handheld point-of-care device," reads the research paper, "for the rapid concentration and detection of pathogens in urine samples."

READ MORE: Fidget spinner device can diagnose UTIs in under an hour without a lab [New Scientist]

More on UTIs: Scientists May Have Found a Way to Treat Urinary Tract Infection Without Antibiotics

Image by Thor Deichmann via Pixabay/Futurism

11.03.22
Jeff Bezos' Housekeeper Says She Had to Climb Out the Window to Use the Bathroom
10.04.22 Developments
Lawsuit Accuses Walmart and CVS of Equating Homeopathic Treatments With Real Medicine
9.28.22 Rx/Medicines
Scientists Trick Mosquitoes Into Vaccinating Against Malaria by Biting
9.11.22 Cancer
Young People Are Getting Way More Cancer Than Old People Did
9.01.22 Rx/Medicines
Navy SEALs Are Allegedly Taking Viagra for a Very Strange Reason