"Drinking more than six cups of coffee a day may be putting you at risk of brain diseases such as dementia and stroke." 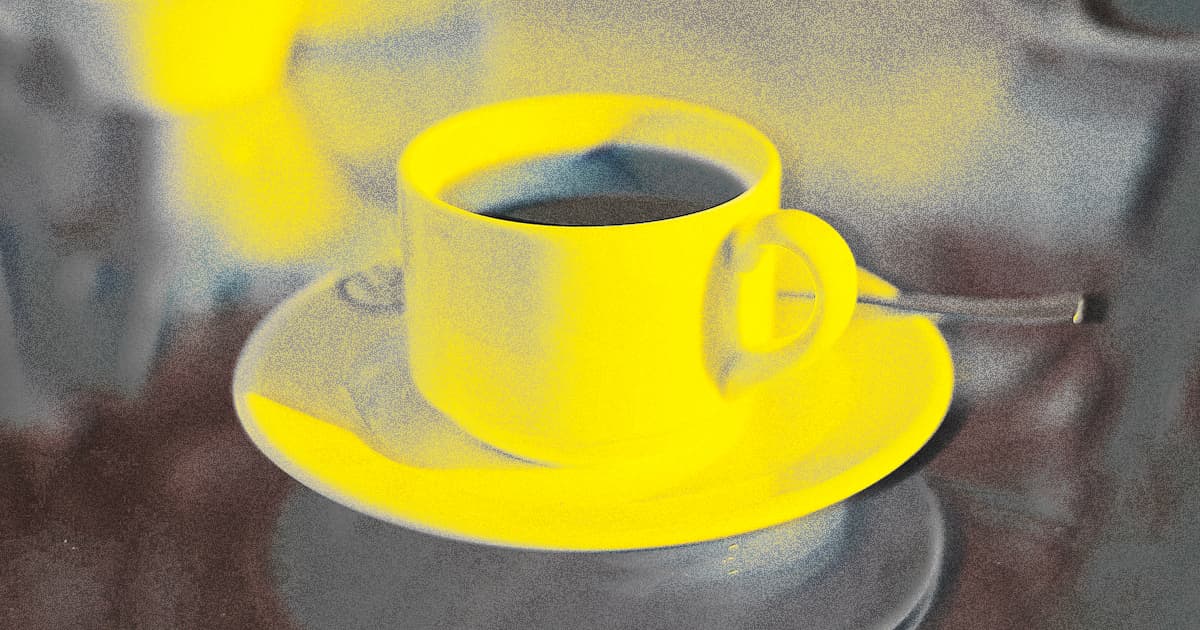 Bad news for the caffeine-crazed among us. A massive new study linked excessive coffee drinking — and we're talking excessive — to a considerably greater risk of developing dementia later in life.

After probing the medical records of 17,702 volunteers in the UK Biobank database, a team of scientists from the University of South Australia found a startling correlation between drinking lots of coffee — seven or more cups per day — and a 53 percent increase in their dementia risk.

And it's not just dementia. The study, which the team published last month in the journal Nutritional Neuroscience, also shows a link between heavy coffee drinking and a greater prevalence of physical changes in the brain and other neurological diseases. All in all, it's a shocking revelation about the dangerous side of what's by far one of the most popular recreational drugs around the world.

"Accounting for all possible permutations, we consistently found that higher coffee consumption was significantly associated with reduced brain volume," lead study author and University of South Australia neuroscientist Kitty Pham said in a university press release. "Essentially, drinking more than six cups of coffee a day may be putting you at risk of brain diseases such as dementia and stroke."

Coffee is one of those things that, alongside wine and chocolate, seems to be stuck in a never-ending back and forth of research studies saying it'll either improve or ruin your health. The fact is that nutritional research is extremely difficult, so different studies tend to point in different directions. But the sheer scale of this new study, coupled with the extremely high coffee intake it examined, grants it extra credibility.

The researchers say that they're not yet sure why drinking so much coffee is correlated with an increased risk of stroke or dementia. But either way, they added that you probably don't need to abstain from your daily pick-me-up.

"Typical daily coffee consumption is somewhere between one and two standard cups of coffee," senior study author Elina Hyppönen said in the release. "Of course, while unit measures can vary, a couple of cups of coffee a day is generally fine. However, if you're finding that your coffee consumption is heading up toward more than six cups a day, it's about time you rethink your next drink."

Image by Emre via Unsplash / Futurism