They could reduce biting mosquito populations by 80 percent. 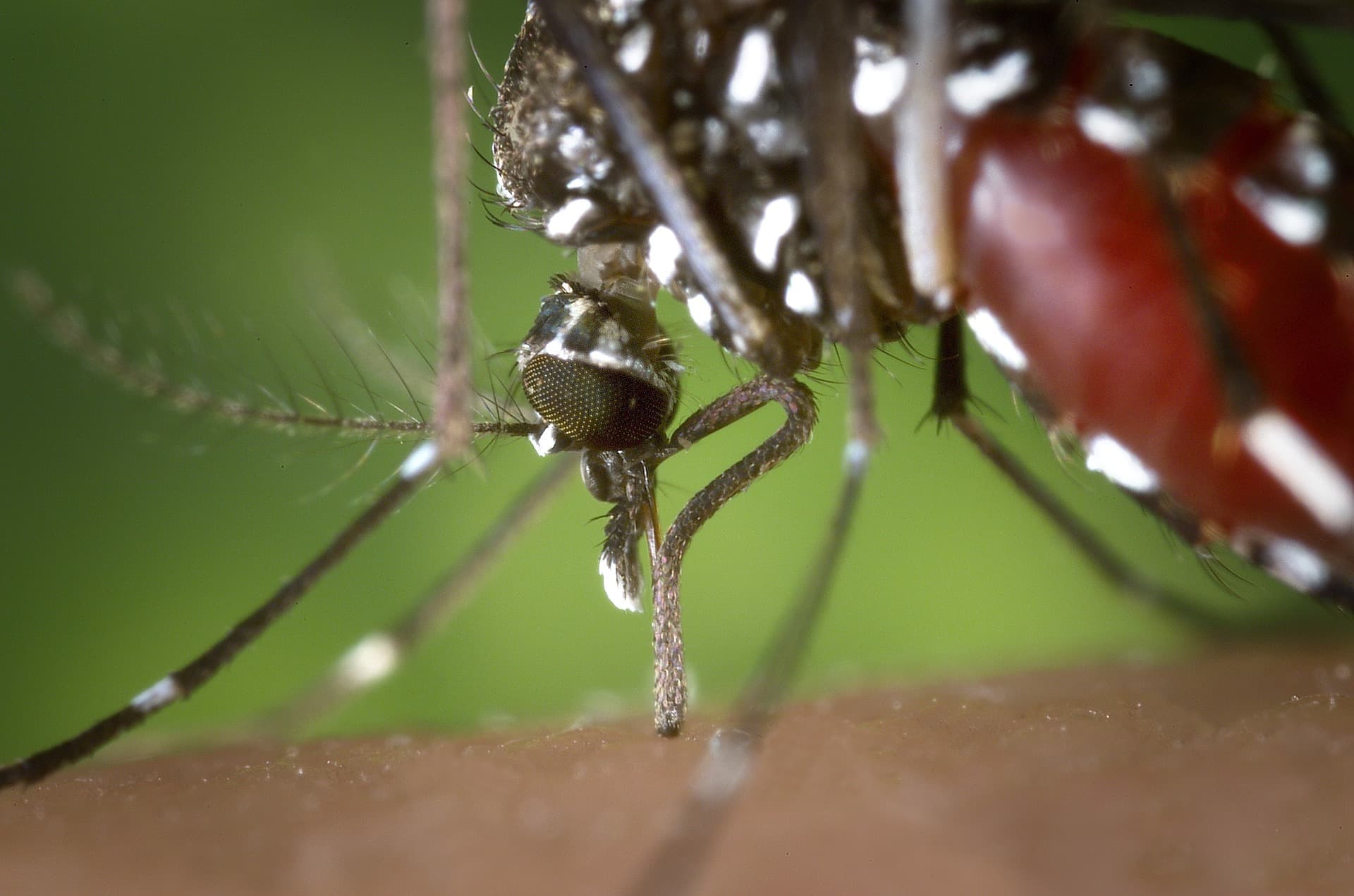 For more than 4,000 years, humans have battled mosquito-borne diseases, and now, the U.S. Environmental Protection Agency (EPA) has approved a line of lab-grown mosquitoes designed to reduce the number of these illness-causing insects.

If you get an itchy bite over the summer, it's most probably from a member of the species Aedes albopictus, otherwise known as the Asian tiger mosquito. On November 3, the EPA approved the release of male Asian tiger mosquitoes infected with a bacterium that prevents them from successfully reproducing.

Kentucky-based biotech company MosquitoMate infected the lab-grown male mosquitoes with Wolbachia pipientis, a naturally occurring bacteria found in many insects. This bacteria cannot be transmitted to mammals, and eggs fertilized by infected males will not hatch. In the wild, Wolbachia protects individual mosquitoes from viruses, but male mosquitoes do not bite humans regardless.

MosquitoMate has EPA permission to sell the lab-grown mosquitoes to municipal bodies and individuals in 20 states. Quartz reports that the approved states are those with weather similar to that of Kentucky, New York, and California, where MosquitoMate tested the bugs' effectiveness. The mosquitoes have also been officially registered as a biopesticide.

On their website, MosquitoMate claims that the release of their modified males reduces biting mosquito populations by 80 percent, and currently, they market their line of lab-grown mosquitoes as a method of pest control, helping towns and their citizens see fewer itchy bites in the warm months.

However, mosquitoes of the Aedes genus carry diseases like Zika, dengue, yellow fever, and Chikungunya. The most common vector of those diseases is the species Aedes aegypti, which is relatively uncommon in the U.S., but a scourge in tropical climates around the world. Wolbachia does not naturally occur in this particular species.

Nature reports that MosquitoMate has tested Wolbachia-infected A. aegypti mosquitoes in the Florida keys and in Fresno, Calfornia. If the bacteria shows the same effectiveness in this species, the company's mosquitoes could be a tiny, flying weapon in our battle against some of the deadliest diseases on the planet.

Notably, MosquitoMate's lab-grown mosquitoes are not genetically engineered — they're infected with the Wolbachia bacterium after birth — but others are using genetic engineering to try to solve the world's mosquito problem.

Bill Gates has invested millions toward eradicating malaria through genetically modified mosquitoes, while researchers from Johns Hopkins University are working on ones that resist the dengue fever virus.

In Brazil, U.K.-based company Oxitec has been testing a group of A. aegypti that have been genetically modified to contain a gene that kills their progeny. When the company attempted to trial their mosquitoes in Florida, however, one community voted to prevent their release, though the rest of their county was in favor.

Despite reassurances that genetic engineering is safe, fears of this technique clearly remain. Additionally, some are worried about the potential ecological consequences of messing with the spread of these biting insects.

However, with mosquitoes causing an estimated 725,000 deaths per year, such experiments can be worth consideration so long as they are conducted smartly.

5.15.18
Scott Pruitt’s EPA Prevented A Major Water Pollution Study From Being Published
6.26.17
For Some, Changes to the EPA Could Be the Difference Between Life and Death
11.23.22 Developments
Twins Born From Donated Embryos That Were Frozen in 1992
11.22.22 Neuroscience/Brain Science
Paralyzed People Successfully Test Brain-Controlled Electric Wheelchairs
11.22.22 Neuroscience/Brain Science
Chris Hemsworth Reveals Grim Genetic Test Results, Will Take Break From Acting

11.19.22 Developments
So Many People Are Using a Diabetes Drug for Weight Loss That Actual Diabetics Are Having Trouble Getting It
"People need it for medical conditions, and pharmacies are out of it."
By Maggie Harrison / Read More >>
11.16.22 Developments
Slipknot Drummer Warns of Hearing Damage From Loud Music
"I don't go to a single show without wearing earplugs."
By Frank Landymore / Read More >>
11.16.22
FTX's In-House Psychiatrist Says Employees Weren't Having Enough Sex, Actually
"They were undersexed, if anything."
By Noor Al-Sibai / Read More >>
Keep up.
Subscribe to our daily newsletter to keep in touch with the subjects shaping our future.
+Social+Newsletter
TopicsAbout UsContact Us
Copyright ©, Camden Media Inc All Rights Reserved. See our User Agreement, Privacy Policy and Data Use Policy. The material on this site may not be reproduced, distributed, transmitted, cached or otherwise used, except with prior written permission of Futurism. Articles may contain affiliate links which enable us to share in the revenue of any purchases made.
Fonts by Typekit and Monotype.