Could the cure for cancer be a space vacation? 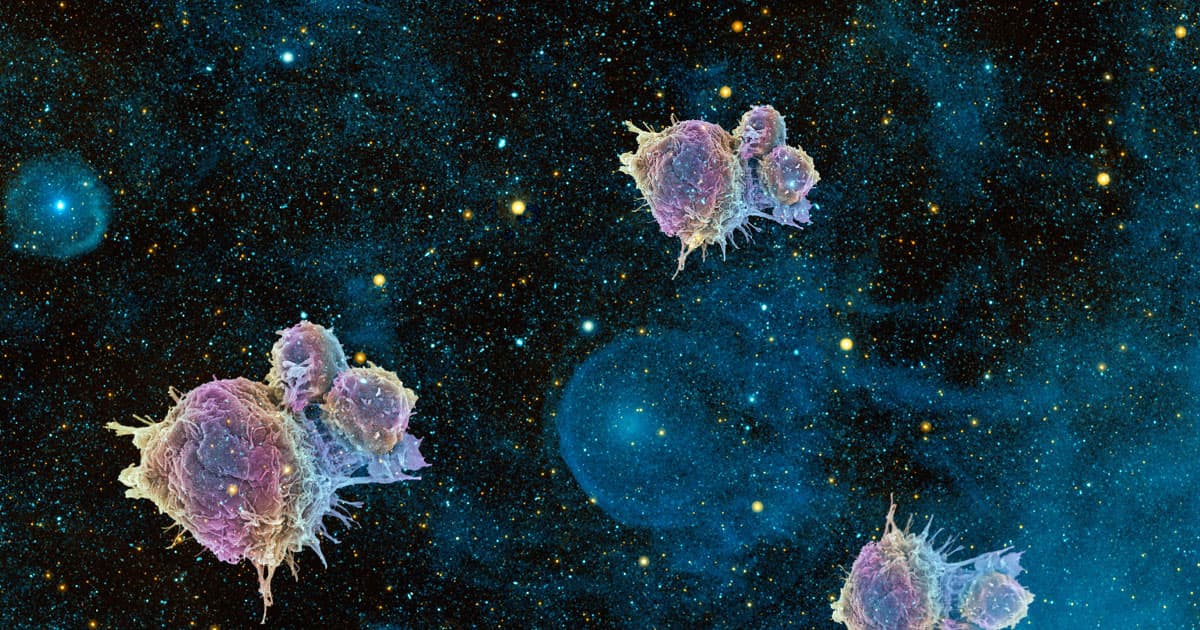 A team of doctors has a new idea in the fight against cancer: ship tumors up into space.

That's based on a recent finding that most cancer cells subjected to microgravity in a lab died off without any other treatment, according to ABC News. Now the team of doctors from Australia's University of Technology Sydney wants to send samples up to the International Space Station to further test the bizarre idea.

The team suspects that the cancer cells died off because microgravity disrupts their ability to communicate among each other or detect their surroundings.

"When we're in space, what happens to the body is that your cells start to feel this condition which we call mechanical unloading," Joshua Chou, the lead doctor behind the project, told ABC. "It means that there's a lack of force because there's no gravity. This actually affects how the cells move, how they function and also dictate their survivability."

The team plans to spend the necessary $200,000 to send a box of live cancer cells to the International Space Station next year, they told ABC. Hopefully, understanding more about how the cells function and die could spur future developments.

"In my head, this is not supposed to be a cure, a golden bullet to cure cancer," Chou told ABC, "but it can work in parallel to existing therapies, drug treatments, and so forth, to help increase the efficiency of the current treatment."

READ MORE: Space the new frontier in the battle against cancer [ABC News]

1.08.23 Studies
A Brief List of Horrifying Things Space Travel Does to the Human Body
10.20.22 Cancer
Doctors Test Brain Implant That Destroys Tumors
10.17.22 Cancer
Vaccine Makers Predict We Will Have Cancer Cure "Before 2030"
10.14.22 Studies
Gut Doctors Unhappy About Study Claiming Colonoscopies Might Not Be Necessary
9.25.22 Cancer
Virus Modified to Kill Cancer Cells Appears to Have Saved a Patient's Life