This new technique tricks a tumor into eliminating itself from the inside out. 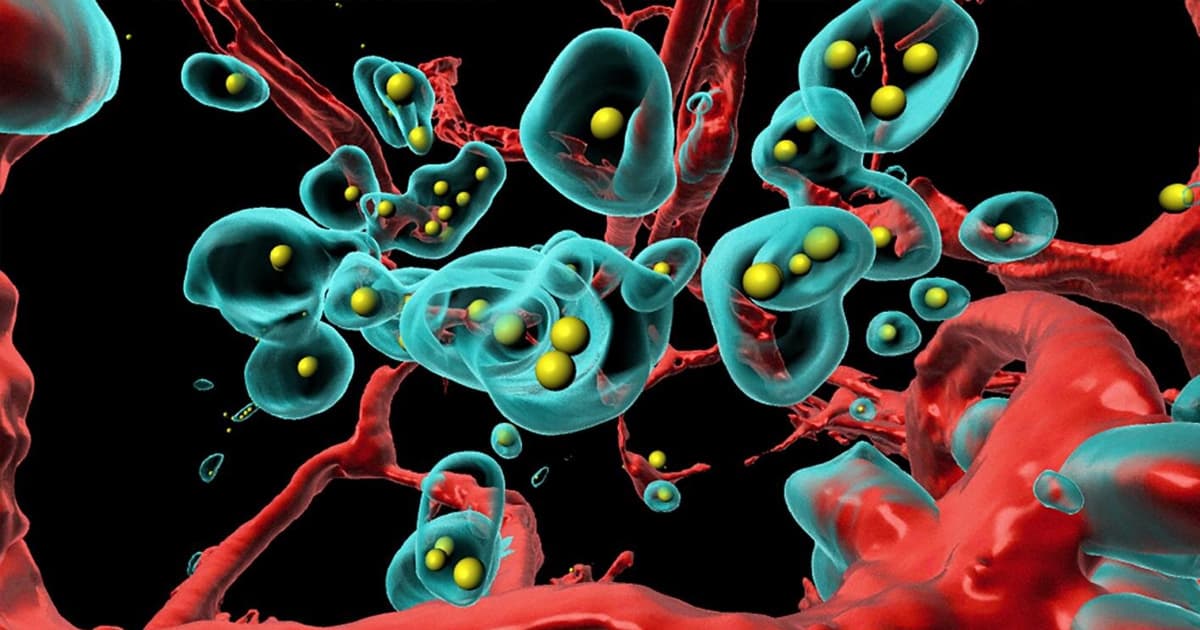 Researchers at the University of Zurich have modified a common respiratory adenovirus to enter tumor cells like a Trojan horse and deliver genes for a variety of treatments.

These genes trick the tumor cells into producing therapeutic antibodies, causing them to be eliminated from the inside out.

The futuristic approach could represent a major advance compared to chemo- or radiotherapy, as it doesn't attack healthy cells.

The researchers are hoping their technique, called SHREAD (shielded, retargeted adenovirus), could even help with COVID-related therapies by allowing genes to be delivered straight to the lungs.

In fact, several COVID vaccines already being administered use adenoviruses, including the ones made by Johnson & Johnson and AstraZeneca.

"We trick the tumor into eliminating itself through the production of anti-cancer agents by its own cells," said postdoctoral fellow Sheena Smith at UZH and development lead, in a statement.

A paper on the technique was published in the journal Proceedings of the National Academy of Sciences this week.

"The therapeutic agents, such as therapeutic antibodies or signaling substances, mostly stay at the place in the body where they're needed instead of spreading throughout the bloodstream where they can damage healthy organs and tissues," said research group lead Andreas Plückthun.

In trials involving a mouse, the scientists were able to force a tumor into producing a clinically approved breast cancer antibody called trastuzumab. These antibodies then reproduced without causing concentration of them to rise significantly in other parts of the mouse's bloodstream, which may have resulted in unintended side effects.

The scientists are now investigating whether the same technique can be used to deliver biologics, which are strong protein-based drugs that so far have been too toxic to administer.

The team is also attempting to apply the same technology to treat COVID.

"By delivering the SHREAD treatment to patients via an inhaled aerosol, our approach could allow targeted production of COVID antibody therapies in lung cells, where they are needed most," Smith said.

"This would reduce costs, increase accessibility of COVID therapies and also improve vaccine delivery with the inhalation approach," she added.

More on cancer: Severe Cancer Is on the Rise

6.06.22 Cancer
Scientists Intrigued by Treatment That Put Every Single Patient's Cancer Into Remission
5.03.22 Developments
Chinese Nursing Home Brings Resident to Morgue While Still Alive
4.21.22 Developments
Censors in China Are Having a Hard Time Silencing All the Rage Right Now
4.18.22 Cancer
Scientists Say They Partially Destroyed Tumors With Sound
4.17.22 Cancer
More Than a Hundred Graduates of a Particular High School Got Rare Cancers