Authorities sealed off a two-mile radius around the first patient's home. 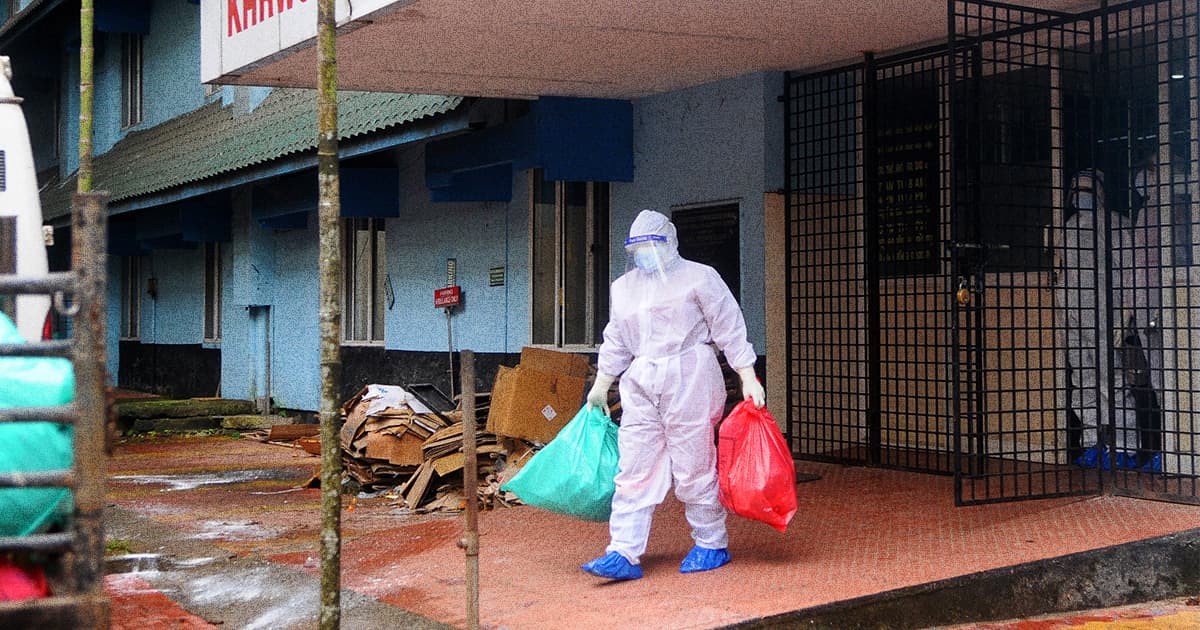 The state government of Kerala in India is currently scrambling to fight an outbreak of the extremely deadly Nipah virus after it killed a 12-year-old boy on Sunday.

The Nipah virus is considered to be one of the deadliest to ever infect humans, CBS News reports. The last time there was a Nipah outbreak in India, it killed 17 of the 18 patients who were infected. The disease is far less contagious than COVID-19 — which is still infecting about 41,000 people in India every day — but with a 45-day incubation period, no cure or vaccine, a roughly 20 percent chance of long-term neurological symptoms among survivors, and an approximately 75 percent mortality rate in the first place, even small outbreaks pose a serious public health threat.

Officials in the area are taking the new outbreak extremely seriously. As of Monday, they've identified, quarantined, and tested at least 188 people who came into contact with the boy, according to CBS. They also sealed off the entire area within about two miles from the boy's home in an attempt to physically contain the outbreak in case contact tracing measures fail.

Last September, White House Chief Medical Advisor Anthony Fauci warned that humanity has entered a "pandemic" era in which outbreaks of viruses including Nipah will only grow increasingly common.

Specifically, Nipah keeps coming back in southeast Asia because ongoing environmental destruction has destroyed wildlife habitats and put animals — including the bat species believed to harbor it — in closer proximity to human communities than ever before. As such, officials in Kerala are now warning residents to steer clear of any bats and to trash any fruit that shows signs of bats taking a nibble.

More on the Nipah virus: Fauci Warns That Earth Has Entered a "Pandemic Era"

Image by DeFodi Images via Getty