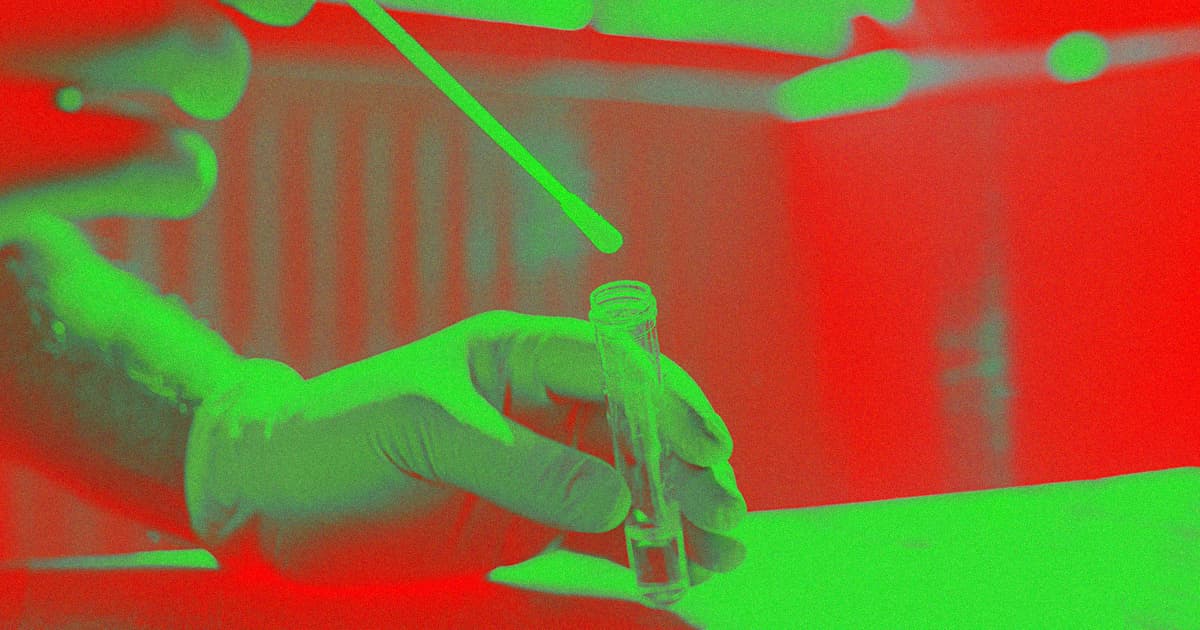 After enduring months and months of what seemed like an endlessly runny nose, a man from the Czech Republic finally got answers.

It turns out that the problem ran deeper than he thought. The fluid that had drained from his right nostril for nine months straight wasn't snot. It was actually cerebrospinal fluid (CSF), the liquid that helps cushion the brain and spinal cord inside the skull, flowing out of an injury caused by a nasal swab test for COVID-19, according to Live Science.

CSF leaks aren't unheard of, though they are rare. And this particular case marks the first known leak that wasn't linked to an existing skull defect, according to research published in the journal JAMA Otolaryngology-Head & Neck Surgery on Thursday — so, while it's a grisly situation, it's not a compelling reason not to get tested if you might have been exposed to the coronavirus.

The man got his nasal swab test back in March 2020. His test came back negative and he simply assumed he had bad allergies when his right nostril started to leak shortly thereafter. It wasn't until December that he decided to have a doctor take a look, and after scanning the man's head, the doctor found that the COVID test had damaged his cribriform plate, a bone that separates the nose from the brain.

As Live Science notes, CSF leaks aren't inherently harmful and patients can go about their lives for years without issue. But they do make people more susceptible to dangerous brain infections like meningitis, since the central nervous system is more exposed.

Two other patients developed CSF leaks after getting nasal swab tests for COVID, according to Live Science. In both cases, however, the patients already had problems with their skulls and, as the doctors behind those earlier case reports noted, the nasal swab also could have been inserted at the wrong angle.

Regardless, this sort of injury following a COVID test is exceptionally rare. Plus, the sort of deeply-probing nasal swab that caused the issue has become less common in clinics now that doctors can use newer, less annoying tests to get the same quality test. So, please, don't let this one guy's personal story stop you from staying on top of your tests.

More on COVID-19: Researchers Are About To Infect Humans With Home-Grown COVID Strain