The robotic arm can take throat swabs at an extraordinary pace. 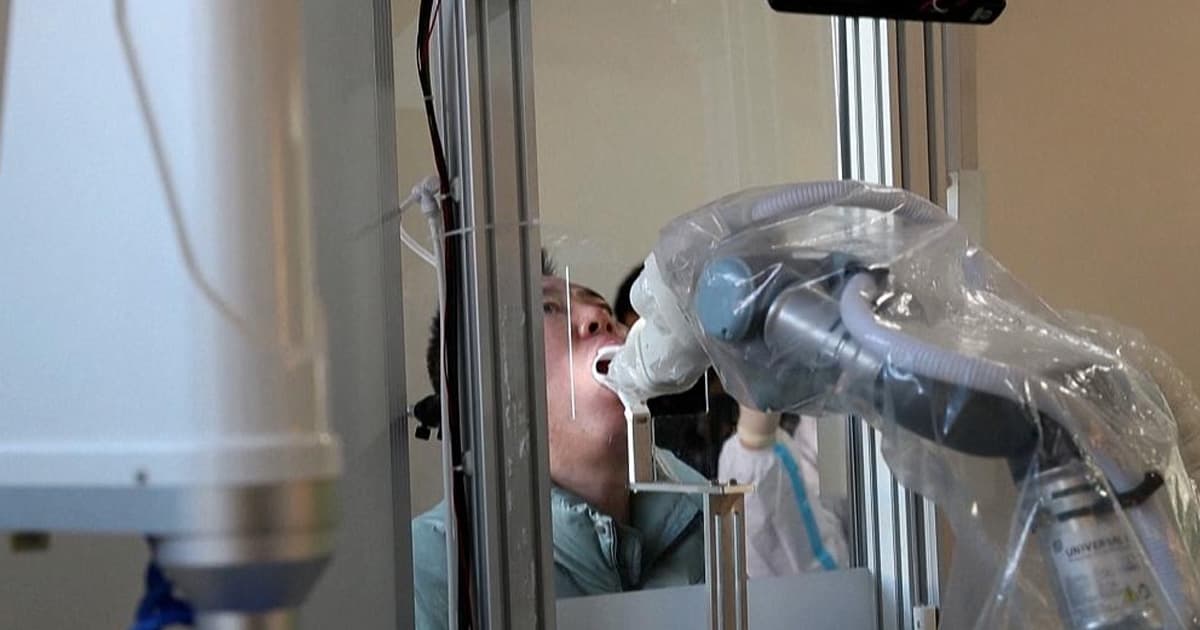 Residents in Shenyang, China are being tested for COVID-19 by a plastic-wrapped robotic arm, Euronews reports. The goal of the arm, which is being controlled by a health worker from the next room, is to minimize contact and reduce the risk of cross contamination between people.

The disembodied arm is capable of taking a throat swab — a routine yet delicate medical procedure. The person being tested simply open their mouth and bites down on a contraption to make sure they remain motionless while the robot does its work.

A robotic voice will even tell the person being tested to say "aaah."

The robot, dubbed Lingcai, is part of a greater mass testing campaign to battle an ongoing outbreak in the surrounding Liaoning province, according to Euronews.

Officials are hoping the robot will reduce the risk of cross-infection and even increase the rate of testing. According to Chinese state-owned newspaper the Global Times, the robot can even automatically register the subjects' information to both speed up the process and ensure sampling authenticity.