People Are Catching Two COVID Strains at the Same Time

Inside one host, the different strains could swap genes — and mutate. 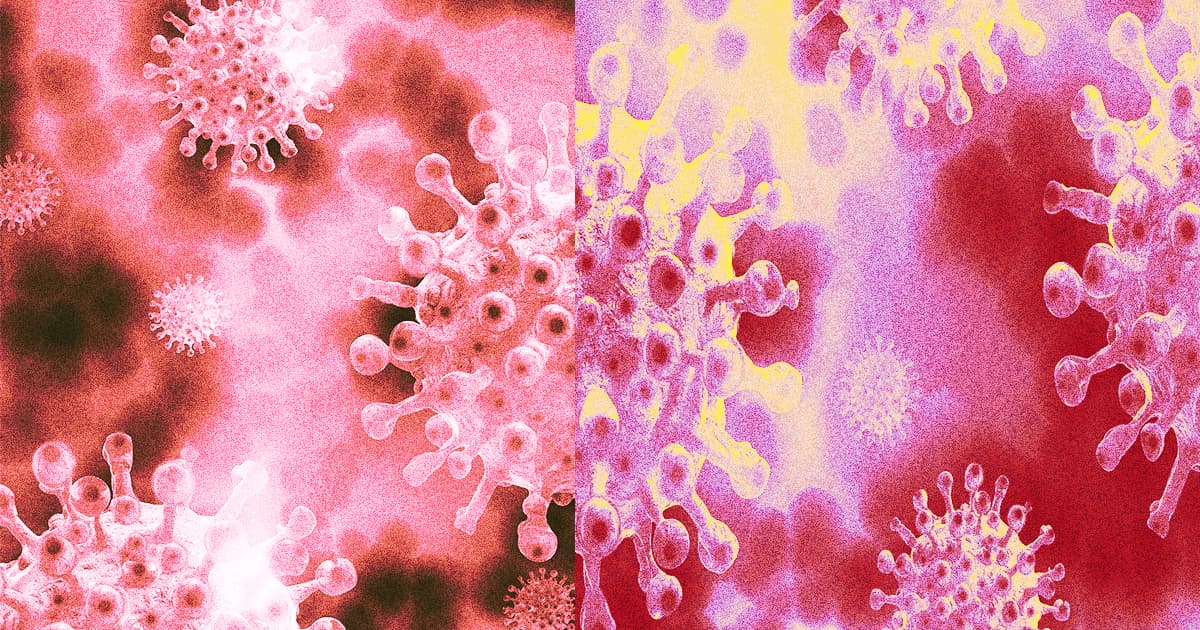 In extremely rare cases, COVID-19 patients are being infected by two variants of the coronavirus at the same time.

Brazilian scientists recently identified two patients with the unlucky condition. Thankfully, the very few cases of co-infection don't seem to have had any impact on disease severity, De Montfort University molecular biologist Maitreyi Shivkumar wrote in The Conversation. But it does raise the troubling possibility that the coronavirus might mutate into even more strains, potentially making it even harder to combat the pandemic.

There are two possible scenarios afoot. One is that the coronavirus just so happened to mutate within these patients — it tends to do that — in a way that matched an existing strain. But because both variants identified in the patients were already prevalent in Brazil, experts concluded that the patients did in fact catch two different versions of the virus.

While both Brazilian patients recovered without even needing hospitalization, the fact that these co-infections are possible has experts concerned that the multiple strains might swap genes inside their shared host to create an even more dangerous version of the coronavirus. This, Shivkumar noted, is the same phenomenon that led to the creation of the H1N1 swine flu virus that caused a pandemic in 2009.

Shivkumar noted that that's an unlikely scenario. Coronaviruses mutate at slower rates than other RNA viruses, and in order for multiple variants to swap genes they would need to not only infect the same person but also the same cells.

"Still, monitoring this landscape allows scientists to track the emergence of these new variants of concern," Shivkumar wrote, "and understand and respond to any changes in their transmission or vaccine efficacy."

READ MORE: Coronavirus: what happens when a person is simultaneously infected with two variants? [The Conversation]