Bad News: Another Deadly Virus Is Spreading in the US

Even if you survive, the neurological impairments are devastating. 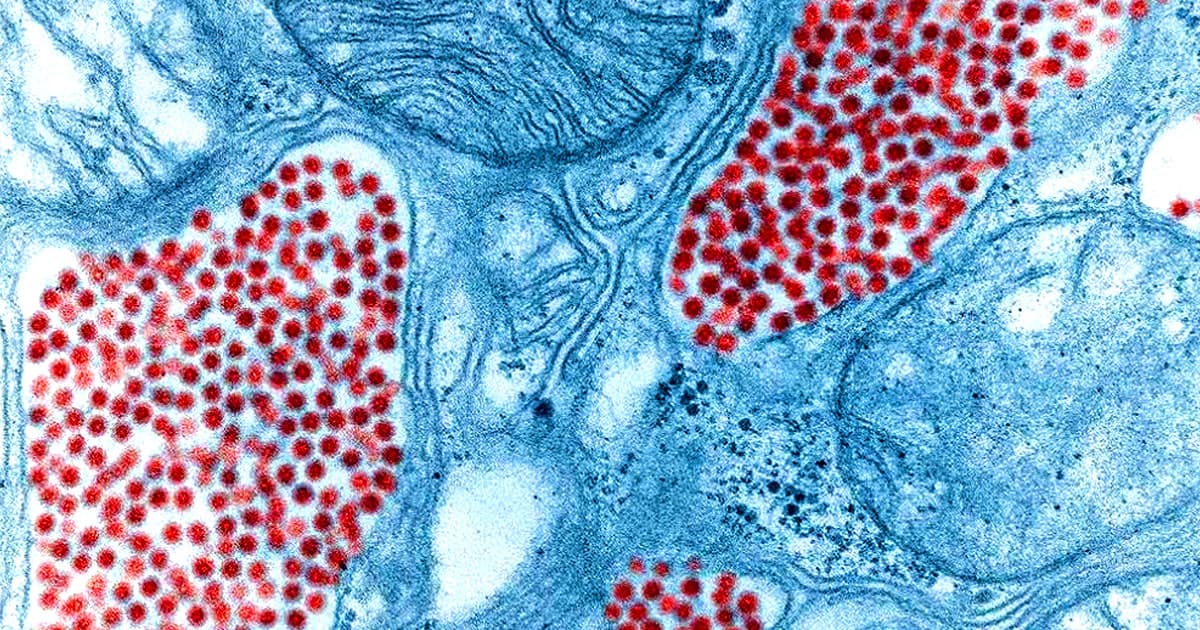 There's another deadly virus brewing in the Northeastern United States.

Those words may be hard to hear, but there's some good news as well: you're extremely unlikely to catch it.

The eastern equine encephalitis (EEE) virus can cause a severe brain infection, and it can be transmitted through a mosquito bite, as OneZero reports.

As the virus' name suggests, horses are particularly susceptible to infection. There's a vaccine for horses — but no specific treatment plan or approved human vaccine.

Luckily, transmission and infection are both extremely rare. Since it was first discovered in humans in 1938, there have been less than 100 cases in the US, according to OneZero.

In 2019, for instance, there were only 38 human cases recorded and 15 deaths in the US, according to the US Centers for Disease Control and Prevention. About 95 percent of those bitten by EEE-carrying mosquitoes never end up developing an infection.

Those numbers couldn't be more different from the current coronavirus pandemic. The United States alone crossed the two million cases threshold this week, with over 1,000 people dying from COVID-19 related deaths every 24 hours.

But once infected, the EEE virus is deadly. Mortality rate is about 33 percent, according to the National Environmental Health Association. Those who survive will have to battle with sometimes crippling neurological impairments.

Scientists are also worried that with rising temperatures caused by global warming, the number of outbreaks of the virus appear to be on the rise — in large part due to growing mosquito populations during prolonged summer periods, according to OneZero.

At the end of the day, despite the risks, it's important not to take the EEE virus too far out of context.

"We try our best to make people aware of the risks without sensationalizing," Catherine Brown, state epidemiologist at the Massachusetts Department of Public Health, told OneZero. "But there are still people who are so fearful of EEE that they kind of forget that there are other things going on in the world."

READ MORE: A Deadly Mosquito-Borne Illness Is Brewing in the Northeast [OneZero]

More on COVID:  THREE COVID-19 VACCINES ARE READY FOR FINAL STAGE OF TESTING