It's the largest decline since at least World War II. 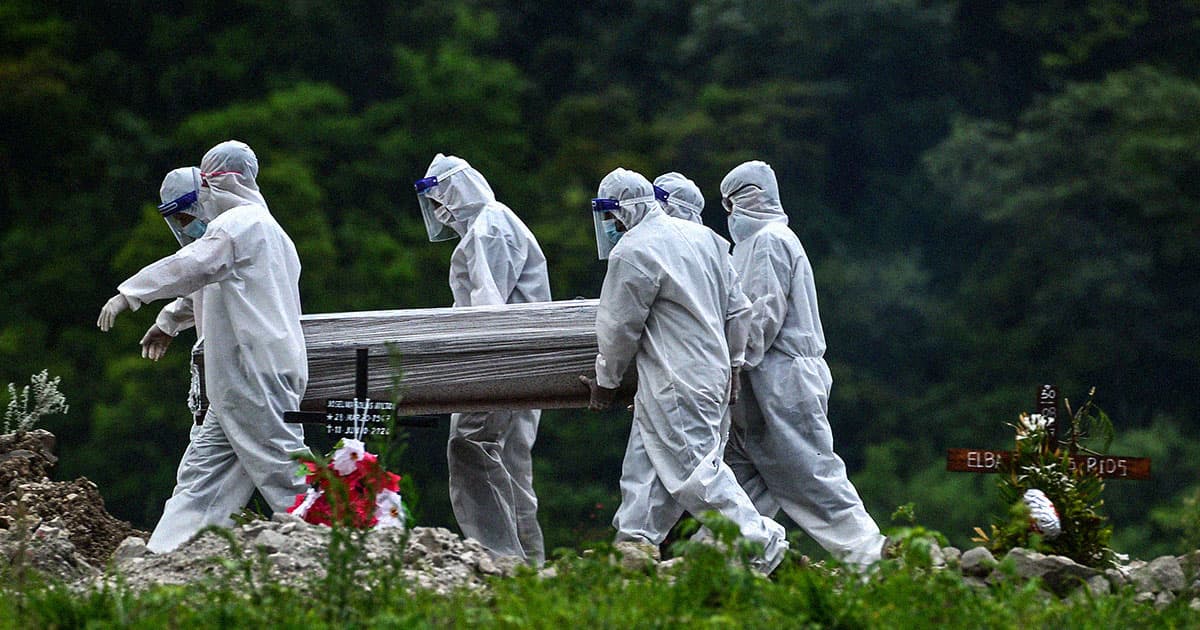 According to data released by the Centers for Disease Control and Prevention (CDC), life expectancy in the US dropped by 1.8 years from 2019 to 2020.

That's a massive drop, in large part due to the ongoing COVID-19 pandemic, and the largest decline since at least World War II, The Wall Street Journal reports.

The coronavirus, however, ranked as only the third leading cause of death within that time period. Heart disease and cancer deaths both caused more than 600,000 deaths, while the coronavirus claimed more than 350,000 lives.

"I knew there was going to be a decline, but I didn’t expect it to be this large," Elizabeth Arias, a demographer at the CDC’s National Center for Health Statistics, told the WSJ. "For some groups, life expectancy declined three years or more."

Just as worryingly, the number of deaths from unintentional injuries including drug overdoses and diabetes also ranked high, pushing life expectancy down as well. Diabetes alone caused over 100,000 deaths.

The number of drug overdoses in particular hit record highs, according to separate figures released by the CDC last month.

Infant mortality, on the other hand, fell to a record low of 541 deaths per 100,000 live births over the same period.

The largest category of preventable deaths, though, is almost certainly COVID. To date, the US has recorded almost 810,000 deaths due to the virus. Even almost two years into the pandemic, with vaccines widely available, over 1,000 Americans are dying from the virus every day — with the large majority being unvaccinated.

More on COVID-19: There’s a Huge “Active Outbreak” of COVID-19 at SpaceX HQ