"Poisonous Flowers" in Brain May Cause Alzheimer's, Scientists Say

These strange structures are beautiful... and deadly. 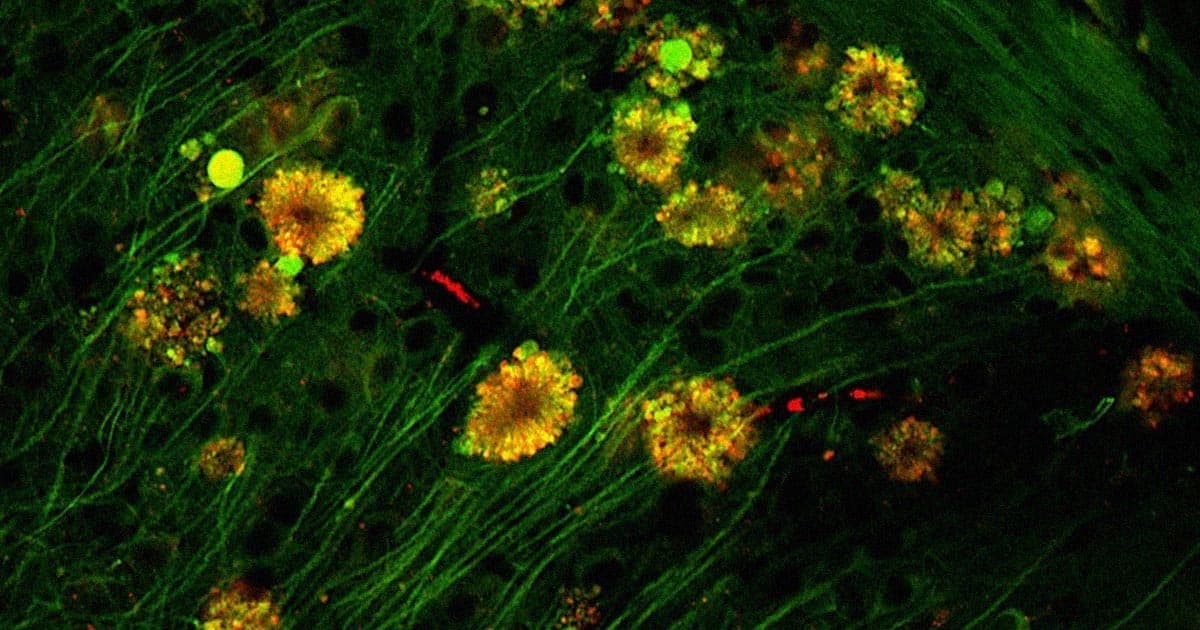 In a departure from one of the predominant theories for the cause of Alzheimer's disease, neuroscientists are positing that issues with the brain's own waste removal system may be behind the debilitating neurological disease.

A statement about the NYU study explains that the researchers behind this fascinating new paper, published as the cover article in the journal Nature Neuroscience, are arguing that the roots of Alzheimer's may begin forming much earlier than previously thought, and result in buildups dubbed "poisonous flowers."

Using mice bred to develop the disease, the neuroscience researchers believe they've traced the cause of the disease to the brain cell's waste removal sacs, known as lysosomes. Not only are these acidic enzyme-filled sacs essential to the "routine breakdown, removal, and recycling of metabolic waste from everyday cell reactions," but they're also integral to removing disease from brain cells — and for purging the cells' remains after they die.

When observing mice lysosomes as their acidic enzymes engaged in their waste removal process, the researchers found that some lysosomes became enlarged when fusing with the waste they're supposed to remove, ultimately forming "flower-like" patterns as they busted out of the cell membranes that housed them and taking over the nucleus.

Inside these "poisonous flowers," the amyloid plaque filaments that are known as a hallmark of Alzheimer's appeared much sooner than previously found.

"Previously," said lead investigator Ju-Hyun Lee in the statement, "the working hypothesis mostly attributed the damage observed in Alzheimer’s disease to what came after amyloid buildup outside of brain cells, not before and from within neurons."

As his colleague Ralph Nixon told the school's news outfit, "this new evidence changes our fundamental understanding of how Alzheimer’s disease progresses."

"It also explains why so many experimental therapies designed to remove amyloid plaques have failed to stop disease progression," Nixon added, "because the brain cells are already crippled before the plaques fully form outside the cell."

While studies on mice brain cells aren't going to upend decades of research on their own, these findings lay the groundwork for replication and larger studies that could, in turn, lead to better-honed Alzheimer's medications and treatments — or even prevention — in the future.

Given that the US National Institutes of Health estimates that about six million Americans have dementia caused by Alzheimer's, finding the root cause of the debilitating disease could be groundbreaking.

More on Alzheimer's: Alzheimer's May Be Caused by Cell Phones, Scientists Say