Someone's Selling a NASA Space Telescope on Craigslist for $10 Million

"Can ship worldwide (no export restriction) in standard sea container." 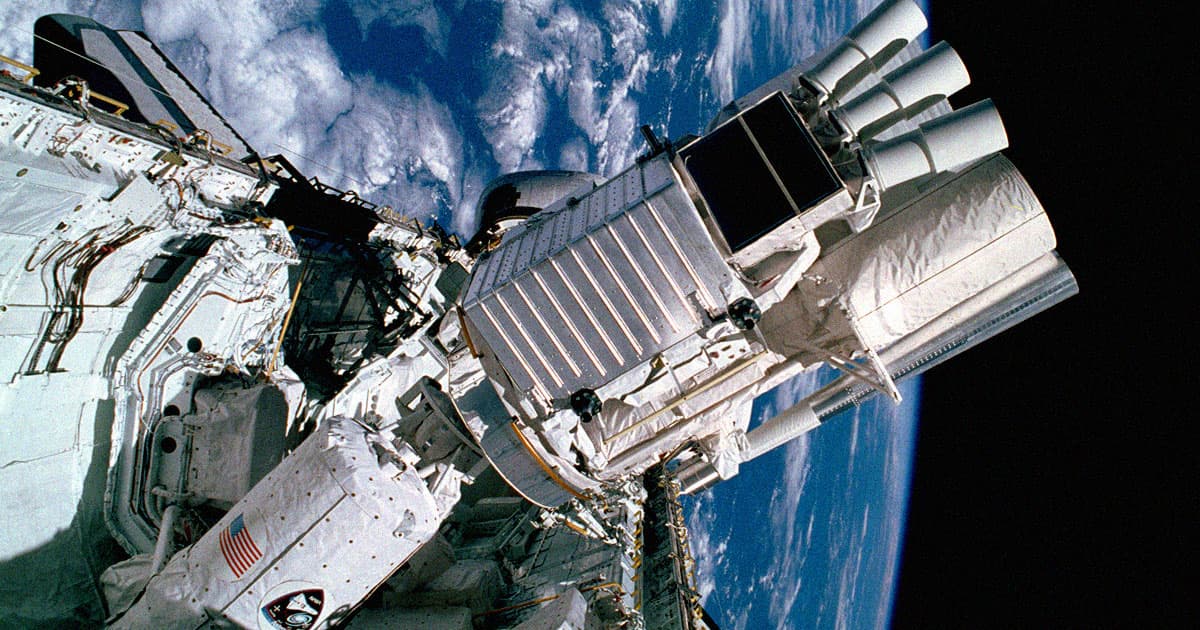 On December 2, 1990, NASA's Space Shuttle Columbia launched from Cape Canaveral with a special payload on board: four different telescopes capable of peering at distant and unique astronomical targets.

The four telescopes, three that detected ultraviolet rays one that observed X-rays, never made it back into space despite making 231 observations of 130 unique astronomical targets.

While three of them have subsequently been put on display at the National Air and Space Museum, the fourth, dubbed the Broad Band X-Ray Telescope (BBXRT), was snatched up by a keen collector back in 2003 at an auction put on by NASA's Goddard Space Flight Center.

And now, in a strange twist, it's landed on Craigslist with a price tag of a hefty $10 million.

"Can ship worldwide (no export restriction) in standard sea container," reads the listing.

The telescope is one of a countless number of precious NASA artifacts that have ended up in the hands of private individuals — many of whom have successfully resold them for millions of dollars. For instance, a long lost bag used by Neil Armstrong to collect samples during the Apollo 11 mission in 1969 got snatched up for almost $2 million at an auction back in 2017.

But he's in no hurry, as he told Futurism over the phone in a conversation that he specified we were not allowed to quote directly. Finding a fellow collector with $10 million to spare and access to an 18-wheeler can take time, if not over a decade.

For the last 18 years, the massive telescope has been carefully stored inside a shipping container mounted to a custom-made dolly, awaiting its new owner.

According to Urciolo's Craigslist post, the BBXRT remains the "largest flown space artifact privately owned," costing NASA an eyewatering $40 million to construct back in the day.

After eBay — which is still one of the most popular places to sell precious space artifacts — changed its policies largely in favor of the buyer, Urciolo decided he'd had enough.

That was when he turned to Craigslist, where he told Futurism he's gotten over a dozen replies.

While none of them have led to a successful sale of the BBXRT, Urciolo remains hopeful.

He even told Futurism we were welcome to publish his phone number and email address, presumably to improve his chances of selling the telescope once and for all. But we'll have to decline, and you can find those on Craigslist anyway.

"Please call me to schedule viewing and any additional particulars," Urciolo wrote in his Craigslist ad. "Will accept partial payment plus acceptable trade."

More on NASA artifacts: Own a Piece of the Apollo 13 Moon Mission for a Ridiculously Low Price

Read This Next
Mars Rock Blues
Mars Rock Samples Probably Won't Infect Earth With Deadly Martian Plague, Scientist Says
And Beyond
How NASA Got Price Gouged on the SLS, According to Its Former Second-in-Command
Carbon-Based
NASA Rover Finds New Potential Evidence for Ancient Life on Mars
So Long
Tragedy! NASA Says the Voyager Space Probes are Powering Down
Expect Delays
Scathing Report Admits NASA Is Years Behind Moon Landing Schedule
More on Off World
CAPSTONE's Back
4:06 PM on the byte
Celebration Erupts as NASA Restores Comms With Lost Spacecraft
Satellite Blues
3:31 PM on the byte
NASA Still Has No Contact With Spacecraft En Route to the Moon
Bottoms Up
Yesterday on the byte
Scientists Discover Giant Alcohol Molecule Near The Center of Our Galaxy
READ MORE STORIES ABOUT / Off World
Keep up.
Subscribe to our daily newsletter to keep in touch with the subjects shaping our future.
+Social+Newsletter
TopicsAbout UsContact Us
Copyright ©, Camden Media Inc All Rights Reserved. See our User Agreement, Privacy Policy and Data Use Policy. The material on this site may not be reproduced, distributed, transmitted, cached or otherwise used, except with prior written permission of Futurism. Fonts by Typekit and Monotype.