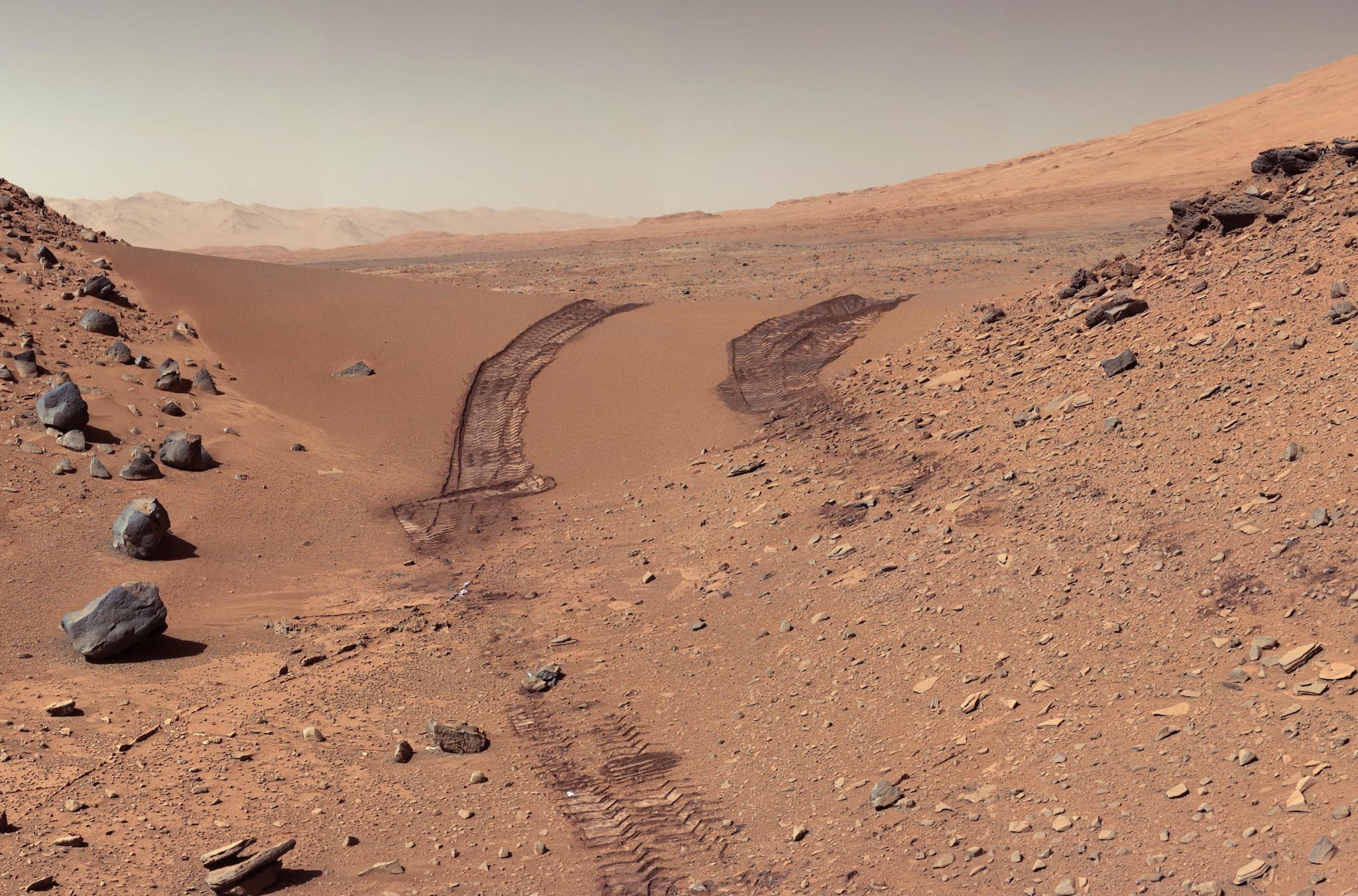 Gone in the Solar Winds

Where did Mars’ atmosphere and water go? The answer is blowing in the wind. NASA’s Mars Atmosphere and Volatile Evolution Mission (MAVEN) has shined some light onto how Mars lost its atmosphere after a year of orbiting the red planet.  4.2-3.7 billion years ago, Mars started to lose its atmosphere. This was caused by strong solar winds from a younger and more violent sun. Solar winds are charged particles from the sun that travel at one million miles per hour. Earth is able to survive these solar storms with the help of a protective magnetic field that shields it from the harsh effects of solar winds. Mars on the other hand has lost much of this magnetic field, leaving it defenseless against such winds. Mars’ atmosphere has now been nearly stripped clean by these winds and will lose it entirely in a few billions years. According to NASA, once lost the atmosphere cannot be restored, even with terraforming.

Where Did The Water Go

When solar storms hit a planet with a weak magnetic field, solar winds basically blow off the ice from the planet at alarming rates. Today, 100 grams of atmospheric particles escape Mars’ atmosphere every second. 3.7 million years ago, this figure went up 10 to 20 times more. Earth also experiences this atmospheric escape but at a greatly minimized rate thanks to the magnetic field, but in the future a lack of interior heat could shut off that magnetic field or even reverse its effects, leaving the planet vulnerable. These are only the first results come from six months of analysis of the data gathered by MAVEN and NASA plans to extend its mission in preparation for future human exploration of Mars.