NASA Releases Images of the Day on Pluto and Charon 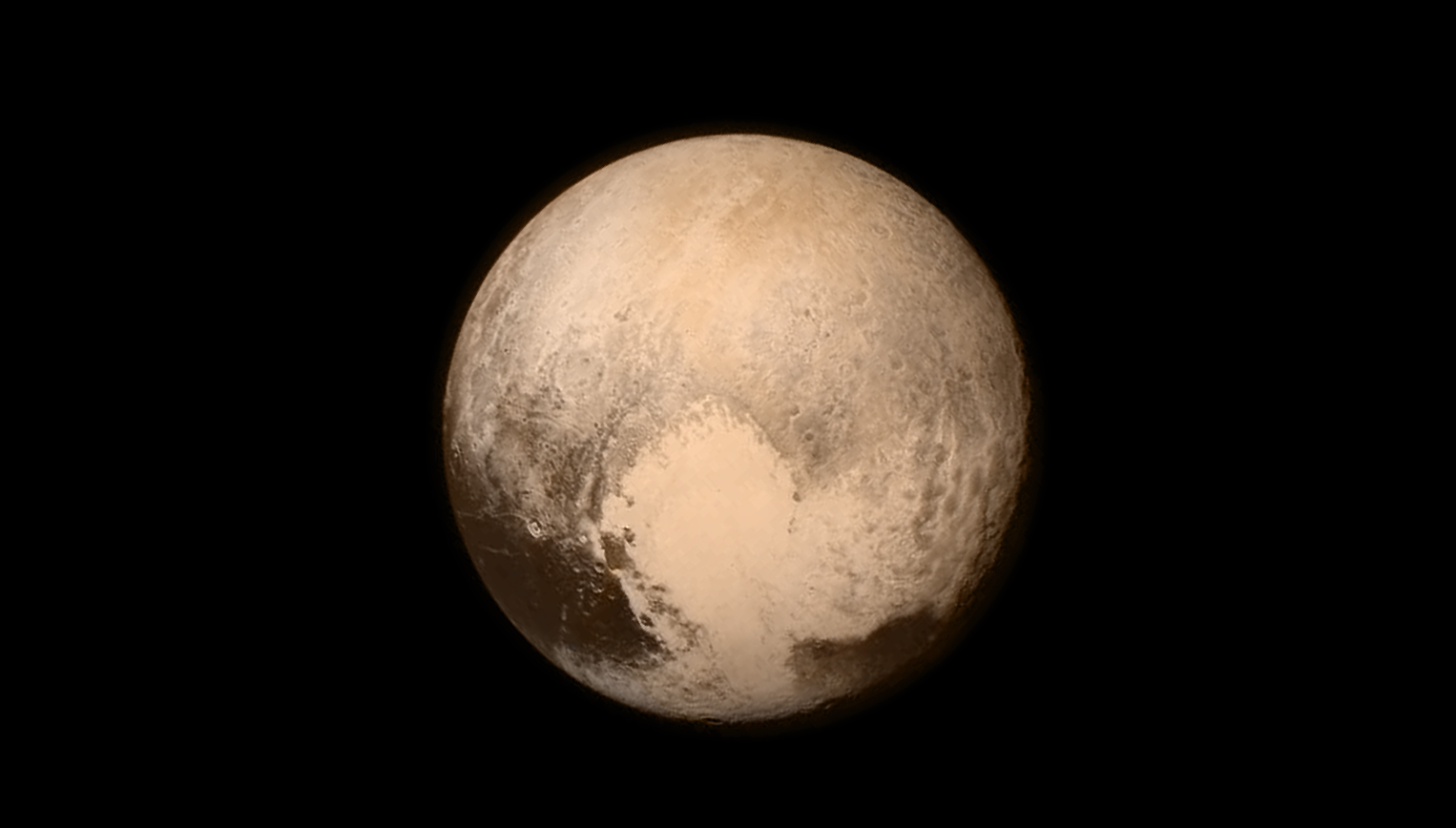 New Horizons made its closest approach to Pluto in July 2015. At the time, the cameras on NASA’s New Horizons spacecraft captured Pluto rotating over the course of a full “Pluto day,” which is 6.4 Earth days long. The best available images have now been combined to show a full view of the dwarf planet as it rotates.

Since the day is over 6 days long on Pluto, the cameras got a lot closer over the course of these images. The distance between New Horizons and Pluto decreased from 8 million kilometers (5 million miles) on July 7th to about 645,000 kilometers (400,000 miles) on July 13th.

NASA notes that these images help us to better understand the surface features and composition of the tiny world: "These images and others like them reveal many details about Pluto, including the differences between the encounter hemisphere and the so-called 'far side' hemisphere seen only at lower resolution."

Charon is one of Pluto's icy moons. All in all, the dwarf planet has 5 moons, and Charon is the largest of these. Similar to Pluto's rotational period, Charon rotates once every 6.4 Earth days. The photos shown here were taken by the Long Range Reconnaissance Imager (LORRI) and the Ralph/Multispectral Visible Imaging Camera from July 7-13. New Horizons closed in on Charon over a range of10.2 million kilometers ( 6.4 million miles) during this time.

NASA explains that the dimple like marks that can be seen in the bottom (south) edge of Charon’s disk are artifacts (something observed in a scientific investigation or experiment that is not naturally present). These artefacts result from the way the New Horizons images were combined to create these composites (the same artefacts appear in the images of Pluto).