Want to watch the orbit insertion live? NASA's got you covered. 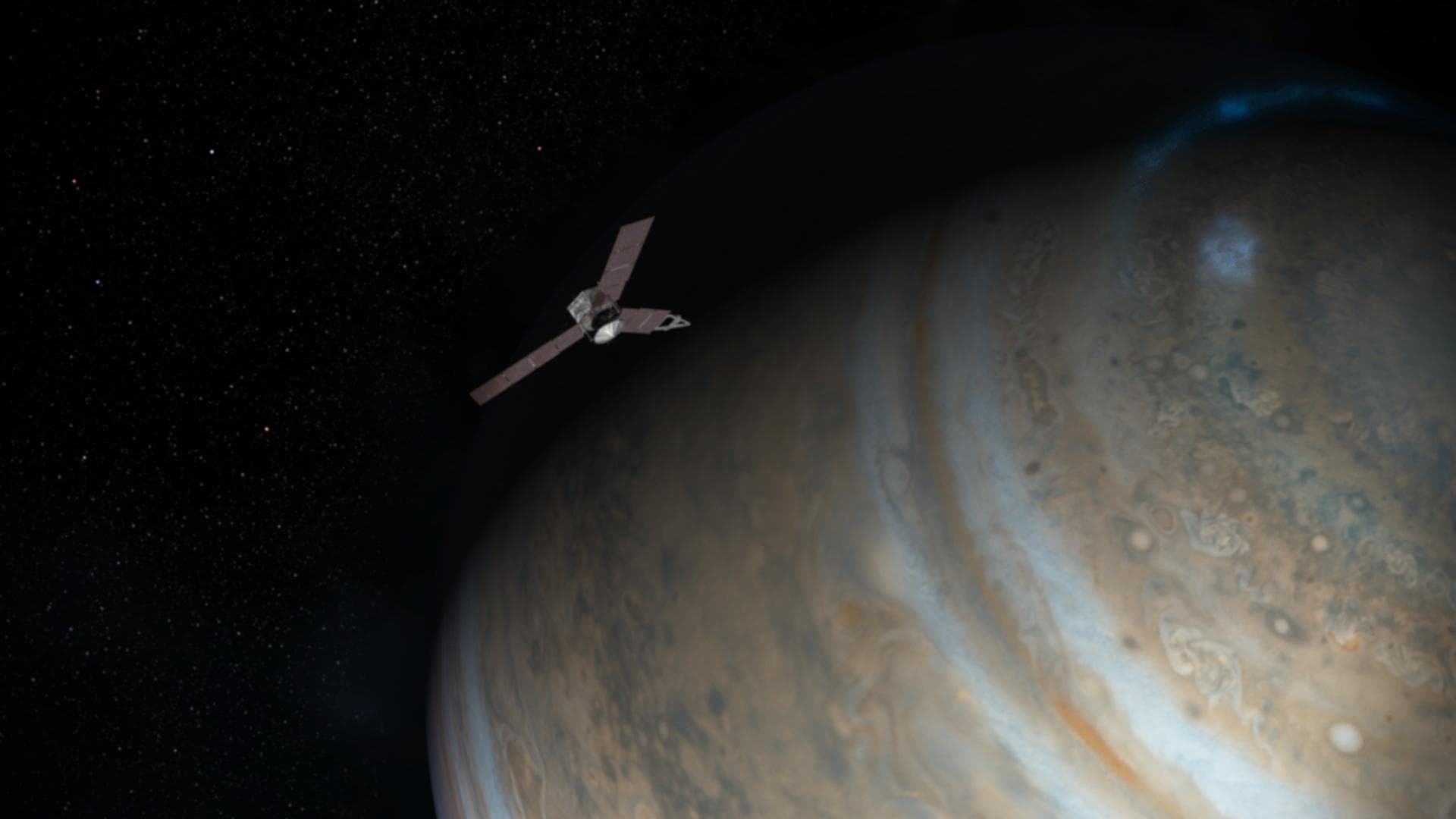 The Culmination of a Five-Year Journey

Today, after an almost five-year journey, NASA's solar-powered Juno spacecraft will arrive at Jupiter. This evening, Juno will perform an orbit insertion maneuver, a 35-minute burn of its main engine, to slow the spacecraft by about 542 meters per second (1,212 miles per hour) so it can be captured into the gas giant's orbit.

So, what if something goes wrong? The Juno mission team is definitely prepared. They've programmed the spacecraft with ways to restart itself if something stops the engine burn. That’s good, because NASA really won’t be in a position to help the spacecraft if any problems arise. It takes about 48 minutes to send a radio signal to Jupiter, and 48 minutes to send one back. If there is an issue, NASA will hear about it an hour later, and by that time it will be way too late for the space agency to send any corrective signals from Earth.

NASA TV coverage of orbital insertion begins tonight at 10:30 p.m. EDT. Or check out NASA's "Eyes on the Solar System" app that lets you fly along with Juno during Jupiter orbit insertion.

Once in Jupiter’s orbit, the spacecraft will circle the Jovian world 37 times during 20 months, skimming to within 5,000 km (3,100 miles) above the cloud tops. This is the first time a spacecraft will orbit the poles of Jupiter, providing new answers to ongoing mysteries about the planet’s core, composition and magnetic fields.

"We are ready,” said Scott Bolton, principal investigator of Juno from the Southwest Research Institute in San Antonio. "The science team is incredibly excited to be arriving at Jupiter.  The engineers and mission controllers are performing at an Olympic level getting Juno successfully into orbit. As Juno barrels down on Jupiter, the scientists are busy looking at the amazing approach science the spacecraft has already returned to Earth.  Jupiter is spectacular from afar and will be absolutely breathtaking from close up.”

Not quite ready for your closeup, Jupiter? Don't worry. Juno won't begin taking hi-def photos and videos until its first flyby on August 27. After waiting five years, another month shouldn't be too bad for the Juno team.

Read This Next
Shoo
Scientists Warn Giant Asteroid Is Actually Swarm, Nearly Impossible to Destroy
A Sip of Opal
NASA Discovers Precious Gemstones on Mars
Moon Wrestling
The Head of NASA Is Scared Chinese Astronauts Will Seize Portions of the Moon
Shot Well
Head of NASA Relieved to Hear Elon Musk Isn't REALLY Running SpaceX
Little Boxes
One Silly Little Detail Is Reportedly Delaying Artemis II by Years
More on Off World
Space In Space
1:44 PM on the byte
NASA Official Admits There's a Bit of an Issue on the Space Station
No More Hops, Mor...
Yesterday on the byte
Suggestion: NASA Should Make Its Mars Helicopter Do Some Gnarly Tricks From "Tony Hawk"
Exoplanet Dance
Tuesday on the byte
Scientist Releases Amazing Video of Exoplanets Orbiting Distant Star
READ MORE STORIES ABOUT / Off World
Keep up.
Subscribe to our daily newsletter to keep in touch with the subjects shaping our future.
+Social+Newsletter
TopicsAbout UsContact Us
Copyright ©, Camden Media Inc All Rights Reserved. See our User Agreement, Privacy Policy and Data Use Policy. The material on this site may not be reproduced, distributed, transmitted, cached or otherwise used, except with prior written permission of Futurism. Articles may contain affiliate links which enable us to share in the revenue of any purchases made.
Fonts by Typekit and Monotype.