It seems that the lander took the direction of making an impact a little too literally. 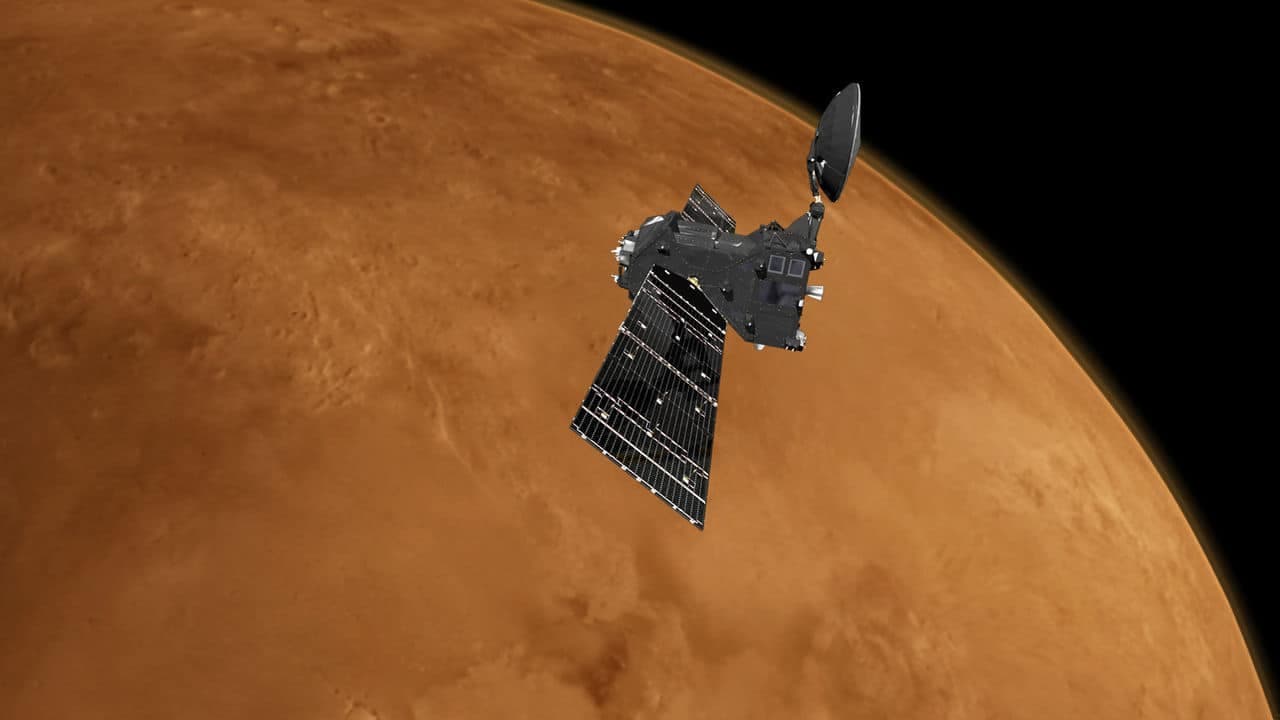 It looks like the European Space Agency's (ESA) Schiaparelli Mars Lander entered martian atmosphere and landed with a bang, new images from NASA suggest. Last we heard, the ExoMars Lander entered the atmosphere of Mars at 10:42 am ET (2:42 pm GMT) on October 19 for a supposedly 6-minute descent onto the red planet's surface.

Shortly after confirmation of entry, the ESA lost contact with the ExoMars lander. Data from the Trace Gas Orbiter, the lander's mothership, are still being analyzed to understand what really happened.

However, we may have a clue. NASA's Mars Reconnaissance Orbiter (MRO) made a pass last October 20 on the supposed landing site on the Meridiani Planum. The photos taken by the MRO's low-resolution CTX camera show two new features on the surface that weren't found in similar images taken last May.

The ESA released an official statement this Friday:

Estimates are that Schiaparelli dropped from a height of between 2 and 4 kilometers, therefore impacting at a considerable speed, greater than 300 km/h. The relatively large size of the feature would then arise from disturbed surface material. It is also possible that the lander exploded on impact, as its thruster propellant tanks were likely still full. These preliminary interpretations will be refined following further analysis.

While there may be a sliver of room to hope for the best, the evidence is mounting that the lander is likely lost.

Read This Next
Mars Rock Blues
Mars Rock Samples Probably Won't Infect Earth With Deadly Martian Plague, Scientist Says
RIP
Unfortunate Comet Flies Too Close to the Sun, Disintegrates and Becomes a Ghost
Three for Three
Europe Is Also Sending a Spacecraft to Explore Venus, a Blazing Hellhole
Pee Your Pants in Space
Scientists Are Trying to Make Spacesuit Underwear Less Putrid
Space Food
Huh, Turns Out Space Food Has Gone From Gross to “Pretty Fantastic”
More on Off World
No More Hops, Mor...
Yesterday on the byte
Suggestion: NASA Should Make Its Mars Helicopter Do Some Gnarly Tricks From "Tony Hawk"
Exoplanet Dance
Tuesday on the byte
Scientist Releases Amazing Video of Exoplanets Orbiting Distant Star
Space Junk News
Tuesday on the byte
Two Large Chunks of Space Debris Just Almost Collided in an Epic Disaster
READ MORE STORIES ABOUT / Off World
Keep up.
Subscribe to our daily newsletter to keep in touch with the subjects shaping our future.
+Social+Newsletter
TopicsAbout UsContact Us
Copyright ©, Camden Media Inc All Rights Reserved. See our User Agreement, Privacy Policy and Data Use Policy. The material on this site may not be reproduced, distributed, transmitted, cached or otherwise used, except with prior written permission of Futurism. Articles may contain affiliate links which enable us to share in the revenue of any purchases made.
Fonts by Typekit and Monotype.