You can't exactly wear it yet, but we're getting there. 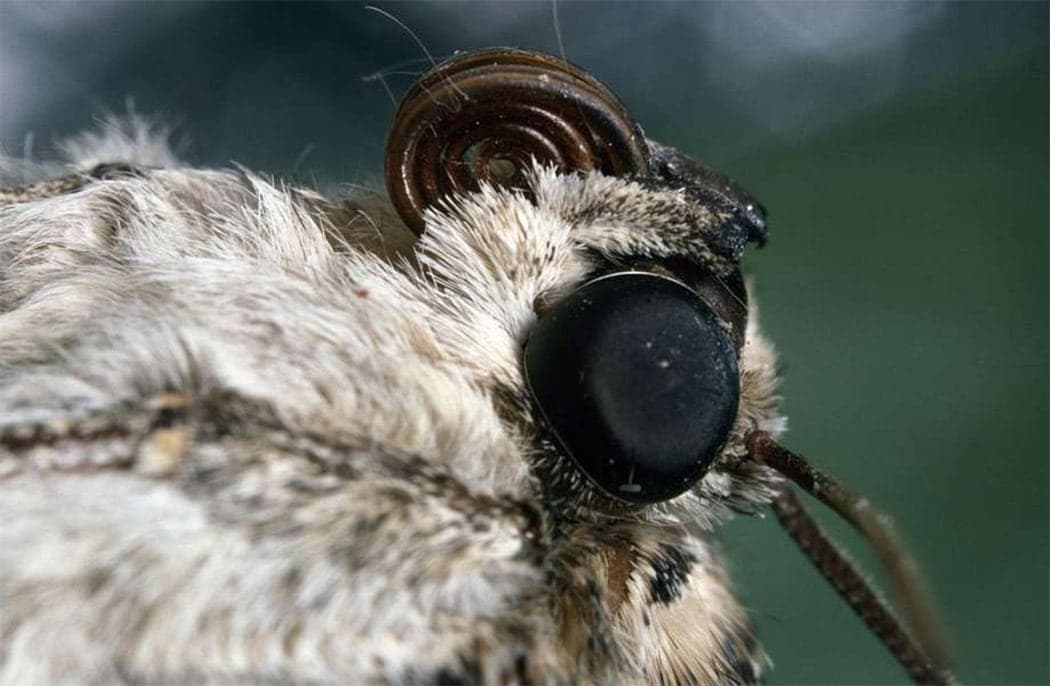 Researchers at the Max Planck Institute for Intelligent Systems in Stuttgart have developed a better way of making anti-reflective optical components, and their inspiration for the new tech comes from an unassuming nocturnal insect: the moth.

Moths' corneas don't reflect incoming light, which allows them to both see at night and conceal their presence from predators. In a paper published in Nano Letters, scientists under Joachim Spatz at the Institute's Department for New Materials and Biosystems explain how they developed a nanostructured invisibility cloak to improve anti-reflective lenses using the biology of moths as a template.

"The [moth] eye surface is densely covered with column-like structures," says physicist Zhaolu Diao. "They are only a few hundred nanometers high and taper conically toward the tip." This shape allows the columns to gradually change the refractive index of light as it passes through them, and the result is a surface that reflects hardly any incoming light.

To replicate this effect, the scientists covered a smooth surface with chemically etched gold particles, adjusting the height of the columns they created to account for differing wavelengths. Ultimately, they were able to create a surface that lets both visable and near-infrared light pass through without reflection at a transmittance of up to 99.8 percent.

No Invisibility Cloaks Just Yet

While this is far from the the first attempt at making an invisibility cloak, this new research could be the key to making transparent surfaces like lenses and glass truly invisible.

Diao notes that the technology could prove useful in the fields of high-energy lasers, and eventually, these surfaces could be used for various touchscreen applications, though a solution to the problem of human contamination will need to be found first.

"Experiments have shown that touch by human hands will leave obvious traces," says Diao. "Over time, this will seriously impair the surface and lead to significantly reduced transmittance."

Unfortunately, solid objects that aren't already transparent will just look dark when covered with the material due to the lack of reflection, so while this tech won't be used for any invisibility cloaks, it's one step closer than we were before.

Read This Next
Futurism
Toyota Just Patented a "Cloaking Device"
Futurism
Researchers Discover the Limits of Cloaking Technology
More on Hard Science
Warped Tour
Feb 2 on futurism
Professor Believes Door to Warp Drive May Lie With Ethylene Glycol
Sky Bursts
Feb 2 on the byte
Astronomers Intrigued by 25 Mysterious Repeating Radio Signals From Deep Space
Tractor Beam
Jan 26 on the byte
Scientists Build Working Tractor Beam, Although It's Comically Tiny
READ MORE STORIES ABOUT / Hard Science
Keep up.
Subscribe to our daily newsletter to keep in touch with the subjects shaping our future.
+Social+Newsletter
TopicsAbout UsContact Us
Copyright ©, Camden Media Inc All Rights Reserved. See our User Agreement, Privacy Policy and Data Use Policy. The material on this site may not be reproduced, distributed, transmitted, cached or otherwise used, except with prior written permission of Futurism. Articles may contain affiliate links which enable us to share in the revenue of any purchases made.
Fonts by Typekit and Monotype.