MIT's "Portable Translator" Can Convert Text to Braille in Real-Time

Welcome to the future of communication. 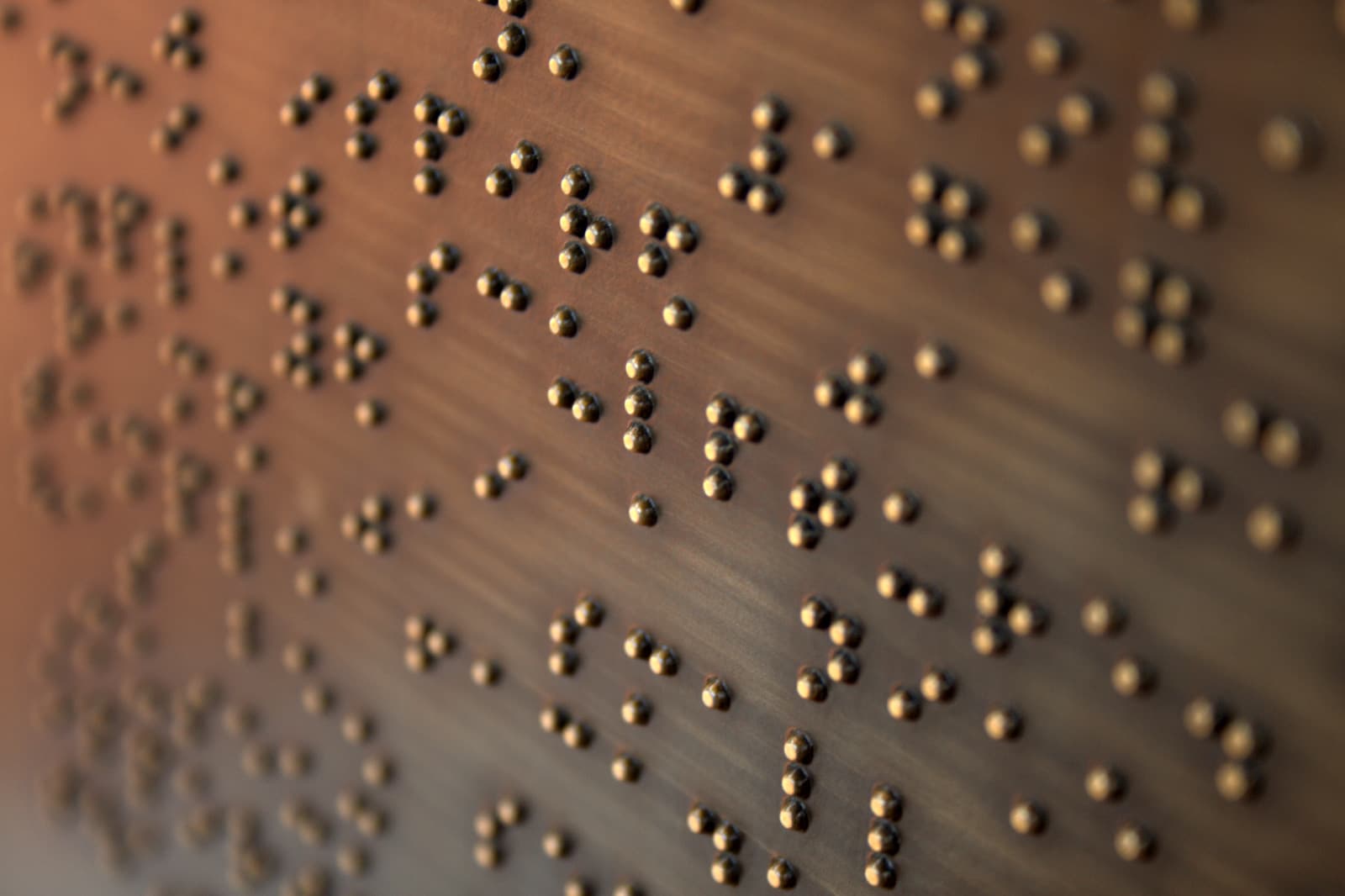 Six engineering undergraduate students at the Massachusetts Institute of Technology (MIT) have designed a portable device that converts text to braille in real time. Their first prototype was created in a 15-hour hackathon in early 2016. Since that time, the device, called Tactile, has undergone extensive development. Now, it's the size of a candy bar and completely portable. The students have applied for a patent for the device, although they are already working on its next iteration.

What really sets Tactile apart from other braille translators, though, is its low cost. Most of these devices are expensive and limited to the translation of text that is available digitally. For example, the HumanWare Braillant attaches to a computer or mobile device to translate text into braille, and it costs $2,595. Tactile's creators hope to sell their device for less than $200.

The students who invented the translation device have plans to improve Tactile, and they've also got the means to do it. They recently won one of the $10,000 Lemelson-MIT Student Prizes for 2017, which they will spend refining and improving the device.

“Currently, the camera only takes a picture of its field of view," team member Chandani Doshi explained in an email to Smithsonian. "We are aiming to make the device similar to a handheld scanner that allows the user to scan the entire page in one go.” If they're successful, this would make the device simpler to use and eliminate the reader's need to remember where they are on the page.

There are 1.3 million legally blind people in the U.S., and the World Health Organization (WHO) estimates that 285 million people worldwide are visually impaired — 39 million of them are blind, and the remaining 246 million have low vision. The American Foundation for the Blind estimates that fewer than 10 percent of blind people can understand braille, mostly due to a chronic teacher shortage in this area.

Even so, Tactile, which should be on the market within two years, will make any book in any library accessible to those who do understand braille — and it will also make braille itself far more accessible and easy to learn. In fact, using Tactile might be the revolution braille needs to bring a higher level of literacy back to the blind community.

Read This Next
Futurism
Self-Driving Cars Could Transform the Lives of the Visually Impaired
More on Robots & Machines
From the Dept. of...
12:00 AM on futurism
The Best Desks of 2023
Balloon Pop
Feb 4 on the byte
Footage Shows Chinese Balloon Being Shot Down
From the Dept. of...
Feb 2 on futurism
The Best Mini Fridges of 2023
READ MORE STORIES ABOUT / Robots & Machines
Keep up.
Subscribe to our daily newsletter to keep in touch with the subjects shaping our future.
+Social+Newsletter
TopicsAbout UsContact Us
Copyright ©, Camden Media Inc All Rights Reserved. See our User Agreement, Privacy Policy and Data Use Policy. The material on this site may not be reproduced, distributed, transmitted, cached or otherwise used, except with prior written permission of Futurism. Articles may contain affiliate links which enable us to share in the revenue of any purchases made.
Fonts by Typekit and Monotype.