This Skyscraper is Set to Be World's Tallest Manmade Structure 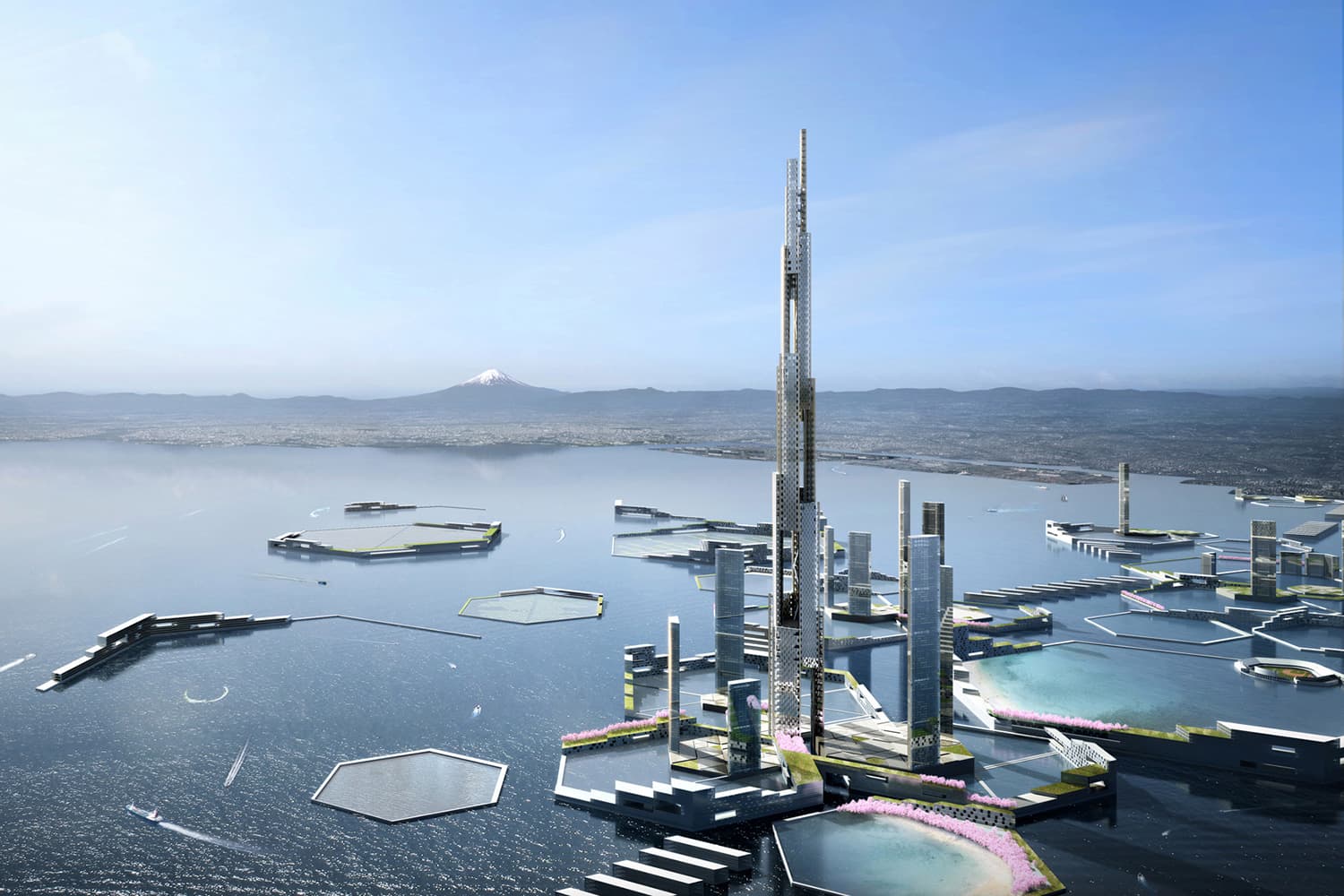 Architectural Digest reports that a new skyscraper is about to beat Burj Khalifa as the world's tallest building. The Sky Mile Tower (now named Next Tokyo)is set to rise in Tokyo by 2045. The majestic skyscraper is set to play host to a staggering 55,000 people.

In this respect, the tower will be a city in itself—a city within a city.

For comparison the current tallest building in the world is Dubai’s majestic Burj Khalifa, which stands at 2,716.5 feet, or roughly half a mile in height. This beast of a building will reach 1,600 meters (3,280 ft).

If the plans are given the go signal, this skyscraper will have hexagonal man-made islands around it. These islands will protect Tokyo from flooding and act as foundation for homes for around half a million people.

The idea originally sprang from a 2015 research paper for the Council on Tall Buildings and Urban Habitat.

The high rise tower and man-made islands are designed by Kohn Pedersen Fox and engineering firm Leslie E. Robertson. These are going to be partially powered by it transit system. They will also be using alternative energy sources like wind and solar to generate electricity. An algae farm is also in the picture.

The tower's facade is designed to collect filter and store water preventing the need to pump water to the top floors.

According to Architectural Digest, the tower will have "multilevel sky lobbies where residents would share amenities such as shopping centers, restaurants, hotels, gyms, libraries, and health clinics."

Read This Next
From the Dept. of Things to Buy
Amazon Just Announced Its First “Early Access Sale” — Here’s What You Need to Know
From the Dept. of Things to Buy
Save $62 on an Xbox Series X ‘Gears 5’ Bundle
Roid Rage
Steroid Use Linked to a Bunch of Very Bad Brain Problems
Recipe For Disaster
FDA Warns Americans to Stop Cooking Chicken in NyQuil
From the Dept. of Things to Buy
I Reversed Years of Heat Damage with the Shark FlexStyle Air Styling and Drying System
More on Sci-Fi Visions
Cool MMArk
3:55 PM on the byte
Mark Zuckerberg's Wife Looks Absolutely Horrified by His New Hobby
Star Yard
3:08 PM on the byte
Huge Graveyard of Stars Surrounds Our Galaxy, Scientists Say
From the Dept. of...
Sep 15 on futurism
Save Hundreds on the Best Desktop Gaming PCs in September
READ MORE STORIES ABOUT / Sci-Fi Visions
Keep up.
Subscribe to our daily newsletter to keep in touch with the subjects shaping our future.
+Social+Newsletter
TopicsAbout UsContact Us
Copyright ©, Camden Media Inc All Rights Reserved. See our User Agreement, Privacy Policy and Data Use Policy. The material on this site may not be reproduced, distributed, transmitted, cached or otherwise used, except with prior written permission of Futurism. Articles may contain affiliate links which enable us to share in the revenue of any purchases made.
Fonts by Typekit and Monotype.