Mercury May Be Even Icier Than We Thought

These findings could change the way we look for ice and water in the rest of our solar system. 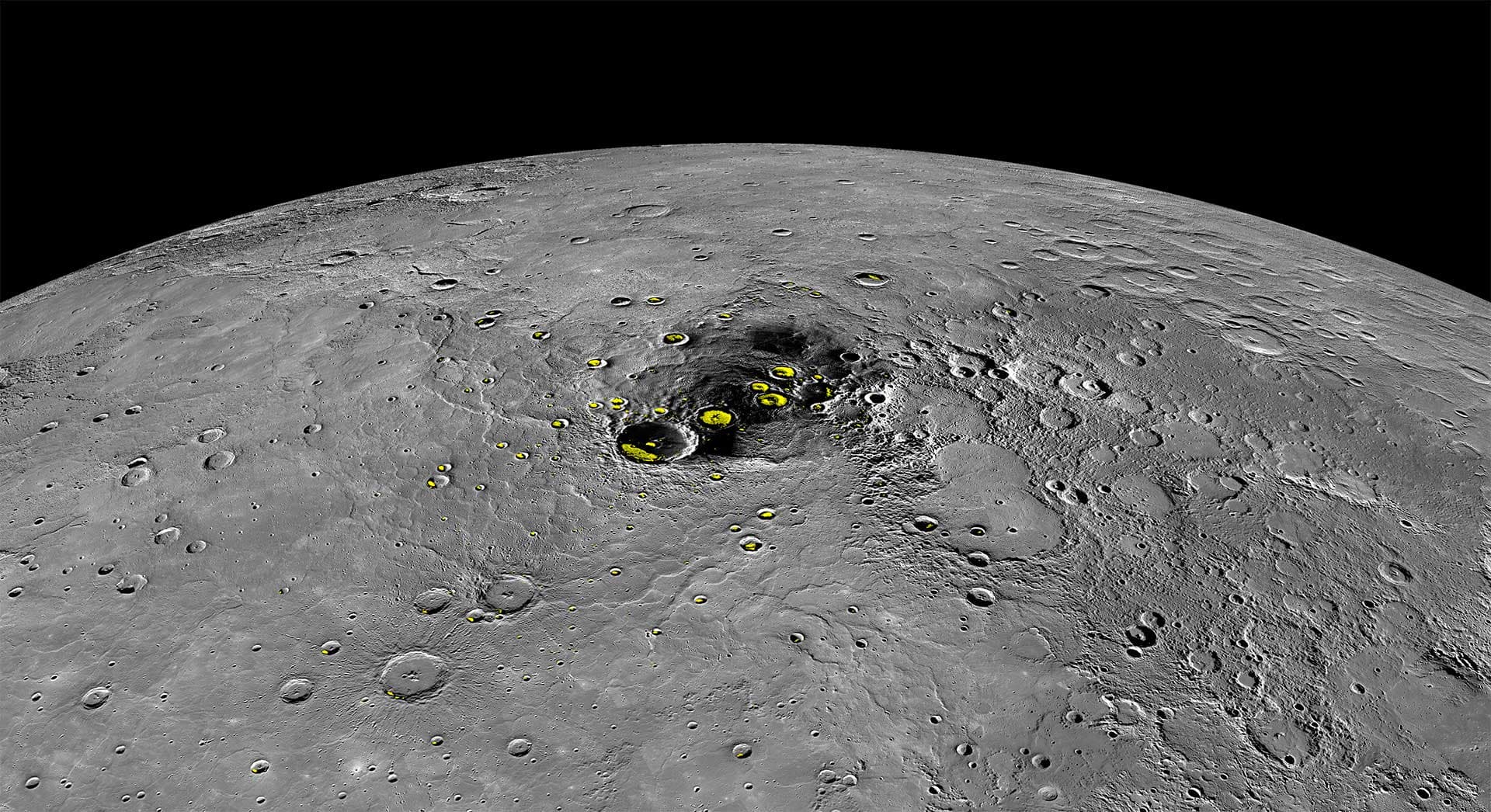 The surface of Mercury is typically thought to be too hot for ice to form, but studies over the years have suggested ice can be found on the planet closest to the Sun. Now, a new study carried out by a group of researchers from Brown University pushes the speculation further, claiming Mercury may be far icier than we originally thought.

Ariel Deutsch, the study’s lead author and Brown Ph.D candidate, worked with Gregory Neumann from NASA’s Goddard Space Flight Center to take a fresh look at data gathered by the NASA MESSENGER probe when it orbited Mercury from 2011 to 2015. The probe was equipped with tools enabling it to map elevation which the team realized it could also be used to detect reflective areas.

After calibrating the device, it detected new readings suggesting the existence of three large craters with sizable ice deposits. Combined, the craters are about 3,400 square kilometers (1,312 square miles) in size — slightly larger than the state of Rhode Island. Alongside the three large craters, four smaller ice deposits were also found, each with diameters of less than about 5 kilometers (3 miles).

The discovery of the smaller ice deposits could change the way we look for ice and water in the rest of our solar system. Jim Head, co-author of the research, explains the work "opens our eyes to new places to look for evidence of water, and suggests there’s a whole lot more of it on Mercury than we thought."

Similar deposits are believed to be on the Moon, which could be the next place we look. If true, it could double the amount of ice speculated to be on our lunar neighbor.

That said, it's still unclear how ice found its way to Mercury. Current theories speculate water was brought to the planet via comet and asteroid impacts, or perhaps that solar wind introduced hydrogen to the surface, which later mixed with oxygen to form water.

One thing is certain, however: we're not done with Mercury just yet. Between looking for more ice and plans to discover why it appears to be shrinking, the planet is in for a lot of new attention.

Read This Next
Hello Darkness
NASA Proposes Sending Spacecraft to Measure Mysterious Dark Matter
Jupiter Jokesters
Nitwits Claim Wrongly to Have Disproved the Existence of Jupiter
Captain Planet
Planet Nine Might Not Actually Exist, Scientists Say
Phobos Anomaly
New Photos of Mars' Moon Phobos "Look Like Candy." Here's Why.
Bad Trip
Galactic Collision Could Fling Our Solar System Into Intergalactic Space
More on Off World
Heavy Metal
6:27 PM on the byte
NASA Mars Rover Finds Metallic Object That Smashed Down on Surface
Small But Mighty
5:44 PM on the byte
Baby Asteroid Photobombs James Webb On Accident
Little Guy
3:28 PM on the byte
Scientists Prototype "Creeping" Lizard-Like Robot for Exploring Mars
READ MORE STORIES ABOUT / Off World
Keep up.
Subscribe to our daily newsletter to keep in touch with the subjects shaping our future.
+Social+Newsletter
TopicsAbout UsContact Us
Copyright ©, Camden Media Inc All Rights Reserved. See our User Agreement, Privacy Policy and Data Use Policy. The material on this site may not be reproduced, distributed, transmitted, cached or otherwise used, except with prior written permission of Futurism. Articles may contain affiliate links which enable us to share in the revenue of any purchases made.
Fonts by Typekit and Monotype.