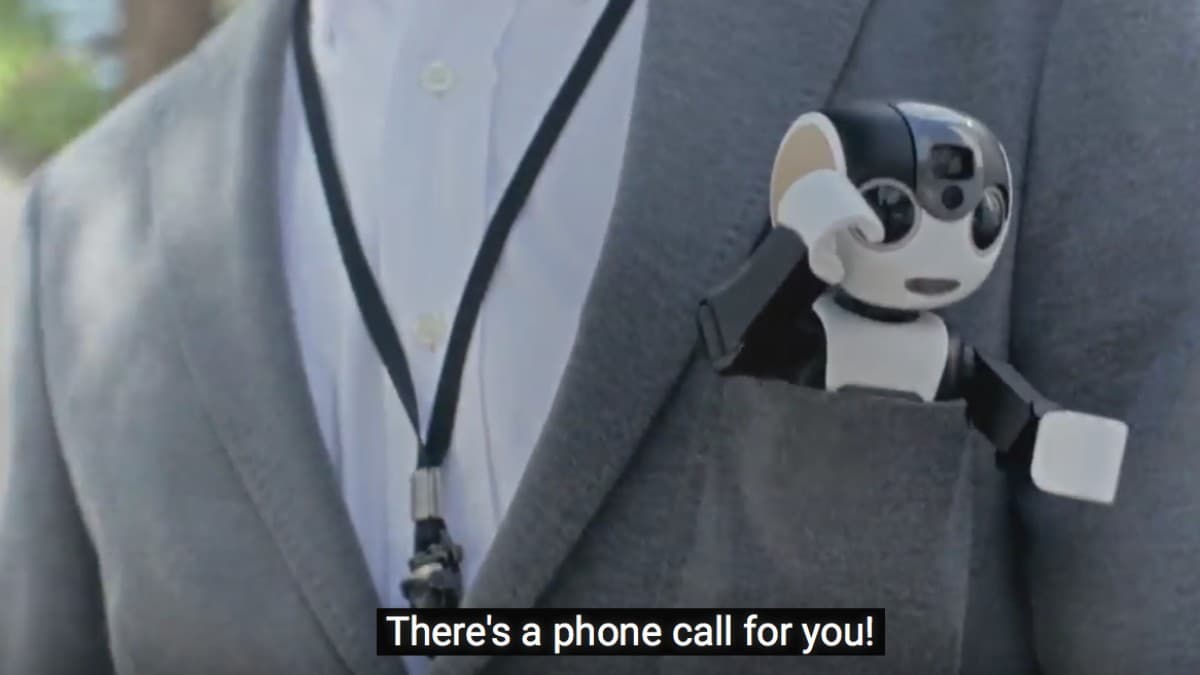 A prototype robot that works just like a smartphone has been revealed by Sharp, and it's planning to go on sale during the first half of 2016.

Standing at just 20 centimeters, Robohon (short for robot and phone) contains a projector, camera, and an LCD screen. It also includes a speaker, a microphone and facial and voice recognition systems. A demonstration last Tuesday at the Ceatec electronics show in Tokyo showed how it responded to instructions by placing a call to a person, taking a photo and displaying it through the projector. The robot even did a dance afterwards.

While it's clear that the technology is still in its infancy, it's clear that Sharp sees an opportunity in combining the capabilities of a smartphone with a robotic exterior. Whether this product will carve out a valuable niche in the market is yet to be seen.

Read This Next
Naughty Botty
Amazing "Jailbreak" Bypasses ChatGPT's Ethics Safeguards
Immortality Lite
Metaverse CEO Says ChatGPT Is Speeding Up Timeline for Emulating Dead People
AI After All
This Entire Sci-Fi Magazine Generated With AI Is Blowing Our Puny Human Minds
Let Them Fight
Whatever You Think of BuzzFeed's AI Quizzes, They're Way Less Horrible Than What CNET Has Been Doing
Bot Wreck
Red Ventures Knew Its AI Lied and Plagiarized, Deployed It at CNET Anyway
More on Artificial Intelligence
Bing Bing Bing!
2:58 PM on the byte
Microsoft Appears to Have Accidentally Launched New Bing With ChatGPT Functionality
Year of Efficiency
Friday on the byte
Zuckerberg Says Facebook Will Lean Hard Into AI
Facepalm
Friday on the byte
"AI Will Never Replace Journalism," Says Magazine CEO Replacing Journalists With AI
READ MORE STORIES ABOUT / Artificial Intelligence
Keep up.
Subscribe to our daily newsletter to keep in touch with the subjects shaping our future.
+Social+Newsletter
TopicsAbout UsContact Us
Copyright ©, Camden Media Inc All Rights Reserved. See our User Agreement, Privacy Policy and Data Use Policy. The material on this site may not be reproduced, distributed, transmitted, cached or otherwise used, except with prior written permission of Futurism. Articles may contain affiliate links which enable us to share in the revenue of any purchases made.
Fonts by Typekit and Monotype.