Meet Callisto: The Moon with an Ocean and an Atmosphere 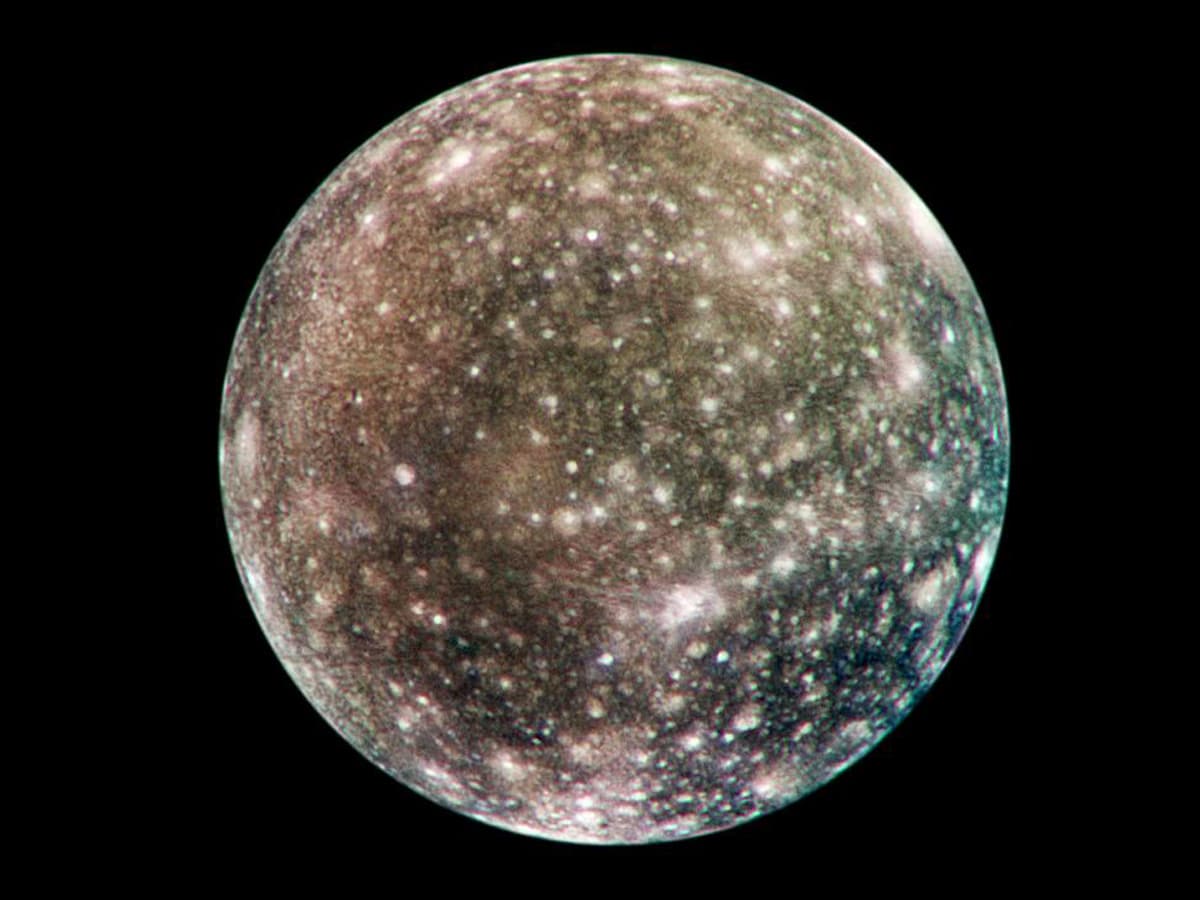 Discovering water and an atmosphere on alien worlds always excites the scientific community because it raises the possibility of alien life. But while the discovery of an atmosphere and a possible ocean on Callisto may not really point to possibilities of extraterrestrial life, these features still make this moon (which also happens to be the most heavily cratered object in the solar system) one of Jupiter’s most interesting satellites.

The possibility that Callisto may have an ocean underneath its icy surface was first proposed in 1998. Subsequent observations in 2001 added credence to this theory.

Ultimately, readings collected by the sensors aboard the Galileo Spacecraft showed that the moon’s magnetic field fluctuates as Jupiter rotates on its Axis. An underground ocean of salt water was the most plausible theory—since salt water is a great conductor of electricity, and it can interact with Jupiter’s magnetic field causing the fluctuations, it seemed to be the most likely candidate.

However, initially, we thought that Callisto’s ocean was frozen. Scientists thought that this was the case because the heat from the satellite’s core was hypothesized to escape through the icy surface, which means that it wouldn't be able to keep the ocean underneath in liquid form.

Yet, according to a more recent theory by Complutensian University geologist Javier Ruiz, the moon’s icy surface may hold heat better than previously estimated, which could keep the underground ocean in liquid form.

In fact, the atmosphere is so thin that the carbon dioxide molecules don’t even bump into each other.

In a press release, Dr. Robert Carlson of NASA’s Jet Propulsion Laboratory noted what this thin atmosphere means for this world: "An atmosphere this thin is easily lost due to ultraviolet radiation from the Sun, which breaks the molecules into ions and electrons which are swept away by Jupiter's magnetic field. For us to find such an atmosphere implies that there is a steady flux of carbon dioxide into the atmosphere. Venting of gas from the interior is one possibility, and Galileo images show surface erosion that suggests carbon dioxide outgassing."

Ultimately, this is the outermost of the Galilean moons. It takes just about seven Earth days to make one orbit around Jupiter. This means that it also experiences less tidal influences than the rest of Jupiter's moons, and it also doesn't experience the horrors of the planet's main radiation belt (which could irradiate, and thus kill, most life). But the average surface temperature of Callisto is -138 Celsius (-218.47 Fahrenheit), making it less than hospitable to life as we know it.

Read This Next
Jupiter Ascending
A Wave of Incredible Heat Ripped Through Jupiter
Space Billboards
Russian Scientists Propose Plan to Launch Huge Advertisements Into Orbit Over Cities
Sabers Rattled
Russia Issues Veiled Threat to Shoot Down Pesky SpaceX Satellites
Futurism
The James Webb Space Telescope Is Going to Stare Straight Into Jupiter
Hello Darkness
NASA Proposes Sending Spacecraft to Measure Mysterious Dark Matter
More on undefined
READ MORE STORIES ABOUT /
Keep up.
Subscribe to our daily newsletter to keep in touch with the subjects shaping our future.
+Social+Newsletter
TopicsAbout UsContact Us
Copyright ©, Camden Media Inc All Rights Reserved. See our User Agreement, Privacy Policy and Data Use Policy. The material on this site may not be reproduced, distributed, transmitted, cached or otherwise used, except with prior written permission of Futurism. Articles may contain affiliate links which enable us to share in the revenue of any purchases made.
Fonts by Typekit and Monotype.