Build your own autonomous car, Tesla coil, robot army, and much, much more with ten deals on science kits. 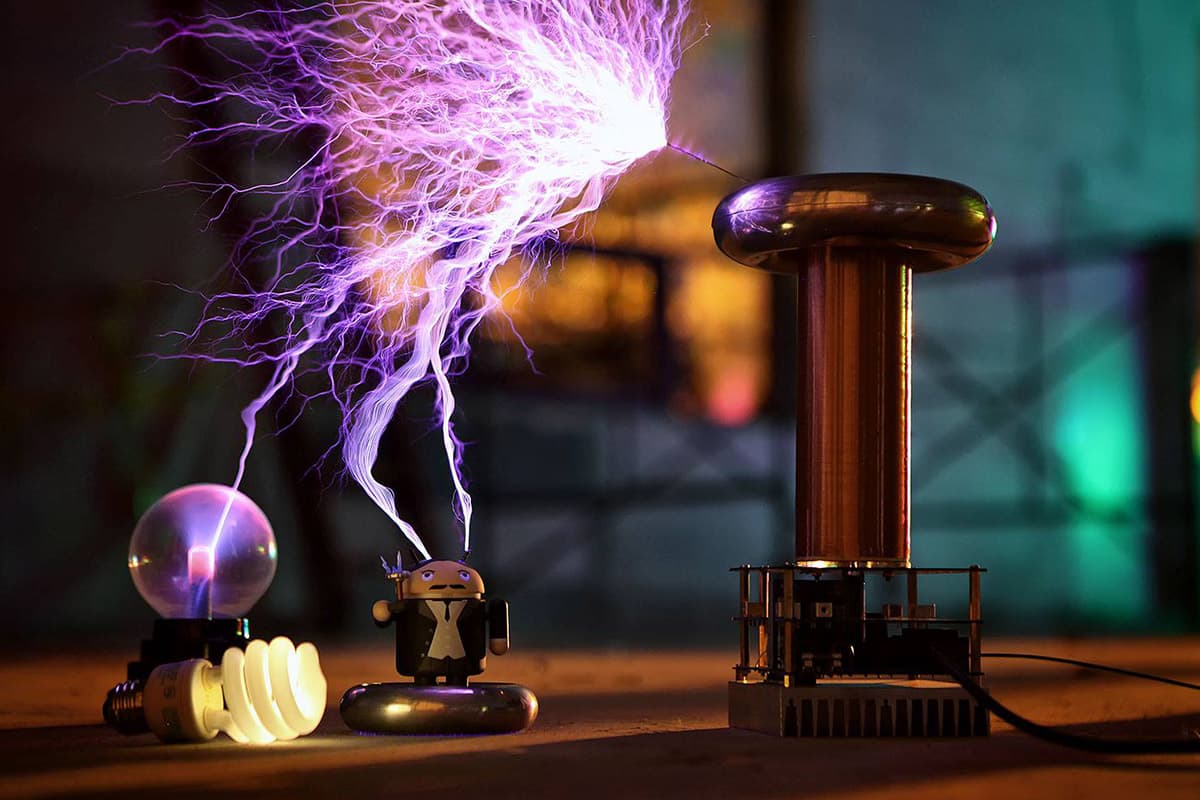 Science kits have gotten serious upgrades since the days of chemistry sets and seed packets. Check out these ten STEM DIY kits the whole family can enjoy, all at an extra 15 percent off the sale price. But act fast, because these deals are only available for a limited time.

Pictured above, this kit shows kids where robotics and coding intersect. First, you put together the bot, which includes an HC-SR04 ultrasonic ranging module to avoid obstacles. Then, use the included coding tools, designed with beginners in mind, to teach it to dance, kick, and walk.

Circuit Scribe teaches electrical engineering without the need to bust out the soldering iron. Using a conductive ink pen and standard office paper, kids can use templates and creativity to draw their own circuits and bring them to life. It's also compatible with Arduino microcontrollers to use with more advanced projects.

For more advanced robotics, it's time to deploy the Smart Nano Bots. Packaged like trading cards, each robot in this set can be popped out as parts and put together with step-by-step instructions. The set includes a full tool kit, so you can get started right away!

Designed for kids 8 to 13, this kit was designed to encourage kids' engineering and coding skills. Using an Arduino microcontroller as the base, kids will build and code their very own autonomous vehicle. It's fully compatible with brick building systems, as well, opening the door to a huge number of projects.

This kit comes with all the parts you need to not only build a Tesla coil but understand how it works. It's perfect for musically minded kids, as you can connect it to a MIDI controller and play any MIDI song. And if that doesn't impress, the 20" sparks it generates will.

This tiny DIY console starts with a simple-to-build kit that shows kids the basics of electronics engineering. Yet the real fun comes in the coding, as you can plug the console into your computer and build your own games. The code editor is designed to make coding easy, and the software is open-source, so kids 9 and up can build any game they can imagine.

This tiny drone helps kids learn the basics of flight. With several different forms to assemble it into, kids can learn about aerodynamics and load balance. Plus, once they're done, they can fly it themselves, doing stunt flips and tricks.

Based on the Bentley Speed Six, this 146-piece model, which really works, shows off the basics of mechanical engineering. Each piece is made of stainless steel and artificial leather, so it looks great. And the finished model is perfect for display once you're done.

Spencer gives kids their very own voice assistant to code and customize. First, you'll solder Spencer together using the step-by-step instructions, learning electrical engineering, LED grids, and more along the way. Then you'll use CircuitBlocks, an easy-to-use coding language built on C+ and C++, to teach it exactly how to react when you ask a question, a great introduction to coding.

This kid comes with everything you need, including official Legos to build it with. It includes a flexible circuit board to introduce circuit-minded kids to the concept and comes with a battery pack. Just don't take it up to 88 miles an hour!

Read This Next
From Our Partners
Save Over 70% On This Drone for Cyber Week
From Our Partners
Pre-Black Friday Doorbusters: This Ruler Can Measure Anything
From Our Partners
Enjoy Pre-Black Friday Savings On This Sterilizing Robot That Kills Viruses and Germs
From Our Partners
Save on Science Toys And DIY Kits During This Pre-Black Friday Sale
From Our Partners
Command A Mini Robot Arm With This Pre-Black Friday Deal
More on Sci-Fi Visions
Gone Guy
Yesterday on the byte
Man Who Accidentally Got Paid 330x His Salary Quits, Disappears
Getting Worse
Jul 1 on the byte
Bitcoin Just Had Its Worst Month in Crypto's Entire History
FROM THE DEPT. OF...
Jul 1 on futurism
Good Buys: Outer Brown Wicker Outdoor Armchair Conversation Set
READ MORE STORIES ABOUT / Sci-Fi Visions
Keep up.
Subscribe to our daily newsletter to keep in touch with the subjects shaping our future.
+Social+Newsletter
TopicsAbout UsContact Us
Copyright ©, Camden Media Inc All Rights Reserved. See our User Agreement, Privacy Policy and Data Use Policy. The material on this site may not be reproduced, distributed, transmitted, cached or otherwise used, except with prior written permission of Futurism. Fonts by Typekit and Monotype.