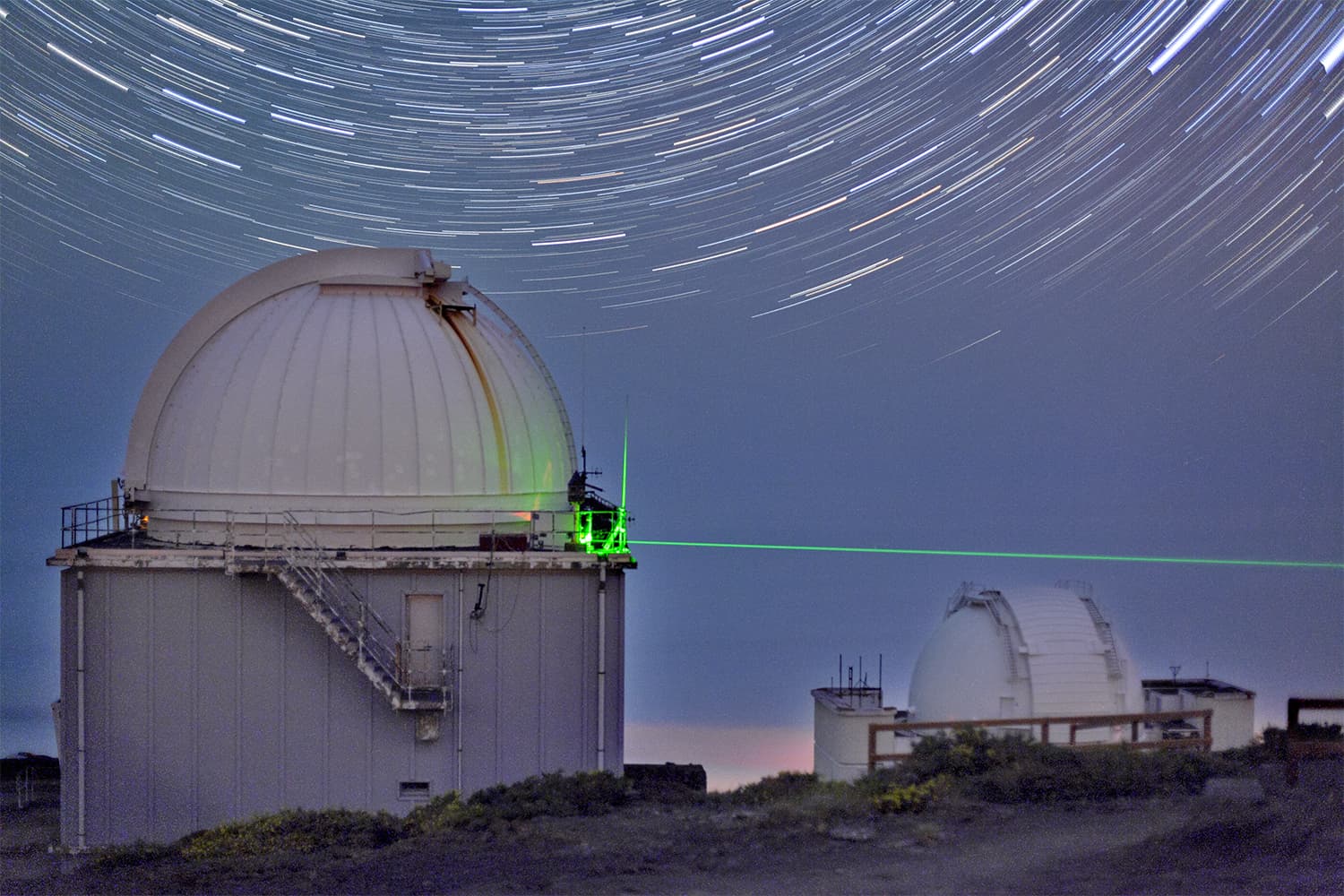 Quantum entanglement, known as “spooky action at a distance,” is one of the most bizarre particle interactions scientists have uncovered. Instead of acting as one solitary particle, certain particles act as one—changing based on the characteristics of their partner. Notably, these changes transpire even if the particles are separated by vast distances, which may make it possible to use quantum entanglement to communicate information instantously.

Now, Anton Zeilinger and his team at the University of Vienna have generated entanglement between two independent quantum bits over a distance of 143 kilometers (88.8561 miles), while also achieving the quantum entanglement of twisted photons across 3 kilometers (1.864 miles).

These feats were achieved by taking advantage of a curious phenomenon wherein two photons are entangled by performing a Bell-state measurement. Ultimately, the team found that entanglement between two pairs of photons can be swapped, establishing quantum communication between photons that have not been introduced.

This process is called the "teleportation of entanglement," also known as "entanglement swapping," and it will be important in establishing quantum links with satellites. The team is currently working with a group from the University of Science and Technology of China on a quantum satellite project. This project, along with another Quantum Science Satellite to be launched by the Chinese Academy of Science, will create the first space-Earth quantum network, which will rely on entanglement swapping to link the satellites with Earth.

Read This Next
Futurism
High-Dimensional Quantum Encryption Performed in Real-World City Conditions for First Time
Futurism
For the First Time Ever, Quantum Communication is Demonstrated in Real-World City Conditions
Futurism
China's New Quantum Communication Network Will Be "Unhackable"
More on Future Society
Gas Giant
Yesterday on the byte
Journalist Eats Lab-Grown Chicken, Gets "Weirdly Gassy"
Musk Rats
Thursday on the byte
Twitter Is Quietly Re-Suspending the Lunatics Elon Musk Let Back On
Going Wireless
Wednesday on futurism
Hackers Took Over a Subdomain of Wired.com for Several Months and Replaced It With Sleazy Online Casino Content
READ MORE STORIES ABOUT / Future Society
Keep up.
Subscribe to our daily newsletter to keep in touch with the subjects shaping our future.
+Social+Newsletter
TopicsAbout UsContact Us
Copyright ©, Camden Media Inc All Rights Reserved. See our User Agreement, Privacy Policy and Data Use Policy. The material on this site may not be reproduced, distributed, transmitted, cached or otherwise used, except with prior written permission of Futurism. Articles may contain affiliate links which enable us to share in the revenue of any purchases made.
Fonts by Typekit and Monotype.