Life on Europa Could Survive off Nuclear Energy, Research Finds

Conditions here on Earth are analogous to those on Europa. 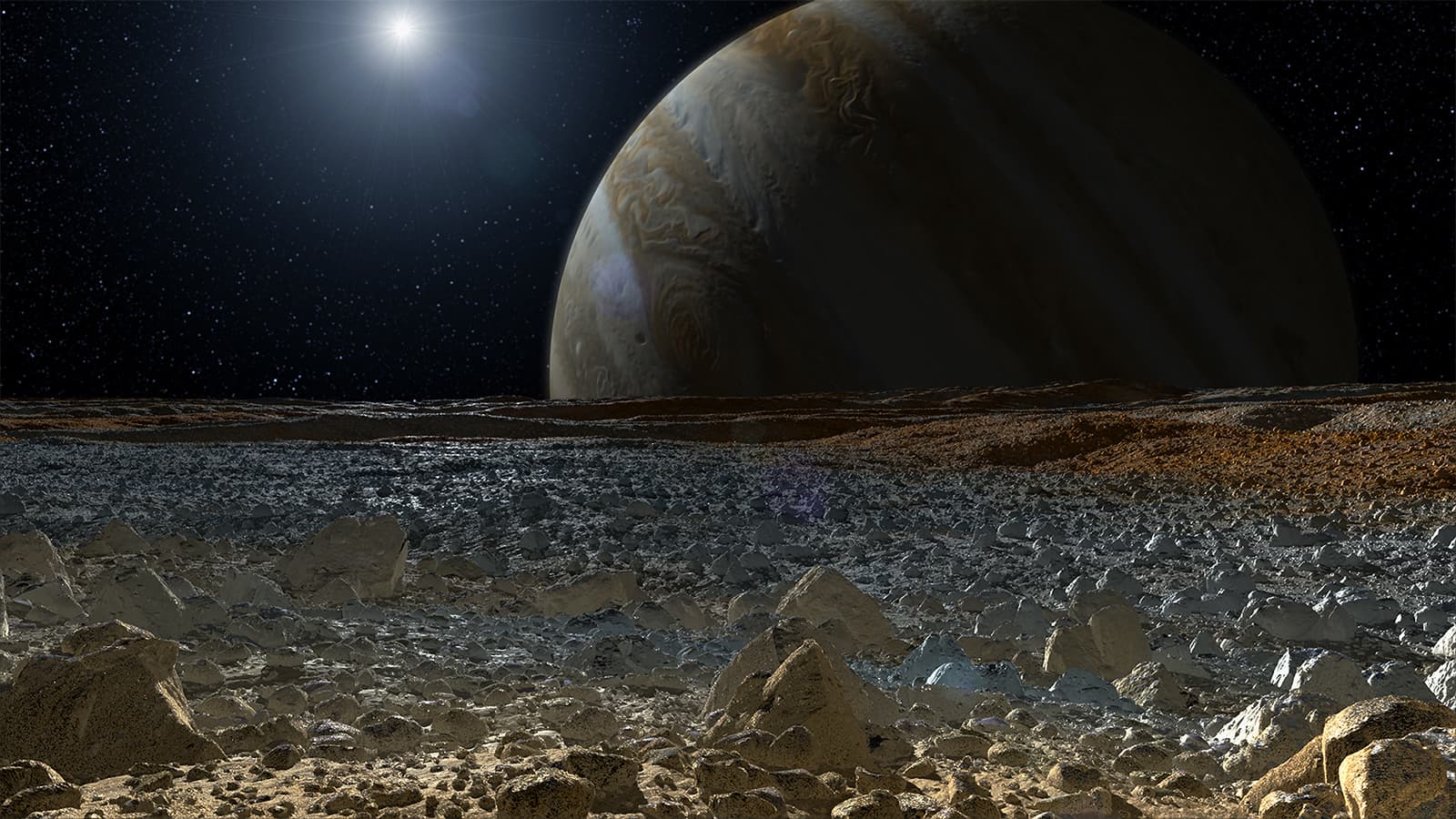 Jupiter's moon Europa is a hotbed of astrobiological interest. Below its icy crust is a deep ocean of liquid water, kept warm by energy from Jupiter's gravitational interactions with the moon. While NASA and the European Space Agency (ESA) are planning for a 2025 mission to evaluate the potential for life on Europa up close, Brazilian researchers linked to the University of São Paulo (USP) have developed a model that uses similar environments on Earth to evaluate how habitable the moon may be for microbial life.

The study, published in the journal Scientific Reports, looked at the Mponeng gold mine near Johannesburg, South Africa. This very deep mine is leaking water full of radioactive uranium. The uranium's presence breaks down water molecules into highly reactive free radicals, which then dissolves the surrounding rocks and releases sulfate. The researchers found that the bacteria could use that sulfate to create energy.

"This is the first time an ecosystem has been found to survive directly on the basis of nuclear energy," said Douglas Galante, the study coordinator, in a press release.

By this method, the bacteria are able to survive without sunlight. Galante's team says that the Mponeng mine is an analog for what the bottom of Europa's ocean may look like.

Not only does Europa likely have about twice as much water as Earth; many think that this ocean is more Earth-like than originally expected. Galante explained in the press release that, because Europa's ocean bed is similar to that of an early Earth, "studying Europa today is to some extent like looking back at our own planet in the past."

Understanding the conditions in which organisms can evolve and survive will help to support the 2025 mission to Europa. This expedition, dubbed the Joint Europa Mission (JEM), will hopefully use this advancing knowledge to fulfill its mission of locating biosignatures of life on Europa.

While the JEM is years away, researchers can use this information begin to predict what life may be found. From this study, it seems as though microscopic organisms, if found, would likely be extremophiles. As this parallel between early Earth and Europa becomes clearer, this work will also serve to expand our understanding of how life can originate in the universe, and what is truly possible.

Read This Next
Palliative Care
NASA's Mars Lander Refuses to Die Even Though It's Supposed To
Signs Of Life
NASA Seems Awfully Excited About Finding Organic Matter on Mars
Butt of the Joke
Asking the Public to Name Probe to Uranus May Have Been a Mistake
Mo' Money Mo' Problems
New Government Report Is Extremely Bad News for NASA
God Shot
Astronaut Says He Had Religious Experience During Spacewalk
More on Off World
Bits and Pieces
Tuesday on the byte
Images Show Huge Plume of Debris as NASA Probe Smashes Asteroid
Wobble Wobble
Tuesday on the byte
Our Entire Galaxy Is Rippling and the Reason Why Is Wild
Asteroid Rage
Tuesday on the byte
Video Shows NASA Spacecraft Smashing Asteroid From Earth's View
READ MORE STORIES ABOUT / Off World
Keep up.
Subscribe to our daily newsletter to keep in touch with the subjects shaping our future.
+Social+Newsletter
TopicsAbout UsContact Us
Copyright ©, Camden Media Inc All Rights Reserved. See our User Agreement, Privacy Policy and Data Use Policy. The material on this site may not be reproduced, distributed, transmitted, cached or otherwise used, except with prior written permission of Futurism. Articles may contain affiliate links which enable us to share in the revenue of any purchases made.
Fonts by Typekit and Monotype.