Life Could Exist On "Rogue Planets" That Don't Have Stars

Even in the darkness, there is life. 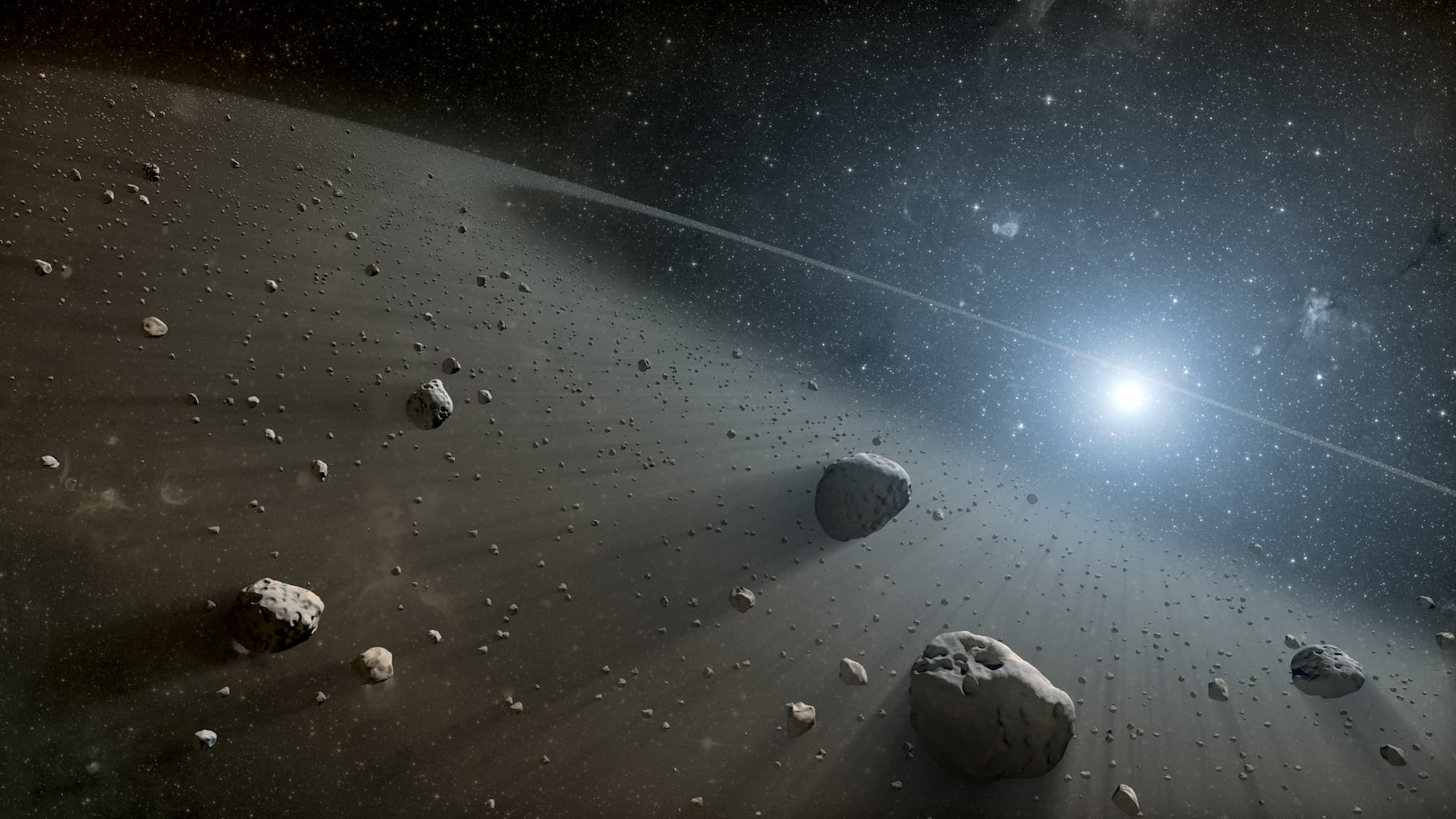 The hunt for extraterrestrial life has involves several key assumptions: life is based on carbon, aliens would be dependent on water, and the planet's temperature would have to be within the 'Goldilocks Zone.' While astronomers may debate the details, there's one assumption that is almost never questioned: life evolved on a planet orbiting a star.

But what if this wasn't true?

Actually, one of the most common theories to explain life on Earth is that it came from outer space. And not from planets, but from free wheeling asteroids. Cornelia Meinert and her team at the University of Nice, France showed that compounds that exist in the vast "molecular clouds" from which stars form can be transformed into a wide range of sugar molecules when exposed to ultraviolet rays (which pervade space). This suggests that the fundamental molecules of life might be formed in outer space, and then delivered to planets like Earth by icy comets and meteorites.

This discovery didn't exactly surprise the scientific community. We've known for a while that the building blocks of life can be formed from chemical reactions like this, before being incorporated into comets, asteroids and planets. But for this chemical soup to make life, heat and energy are needed. That certainly can't be provided by asteroids alone.

But it can be provided by rogue planets-- planets knocked off their original orbits, and wandering aimlessly in space. In 1999, planetary scientist David Stevenson of the California Institute of Technology proposed that galaxies might be full of such rogue planets.

These planets can generate heat, even with no parent star. Their cores and shifting geologies could power volcanic activity, a potential source of heat and light. A thick atmosphere, unstripped by the gravity of a star, could maintain heat and pressure in a rogue planet's atmosphere. Even a thick ice layer could maintain subsurface oceans that could possibly support life, like the one in Europa.

These facts combined form a narrative that could explain the presence of life even in the darkest recesses of the universe, cradled by the warmth of a rogue planet.

Read This Next
Outing Life
Swiss Government Scientist Says We May Be on the Brink of Discovering Alien Life
Ancient Remains
Why NASA Scientists Are So Excited by New Hints of Organic Compounds on Mars
Space Plants
New Gadget Detects Lifeforms From Long Distances
Optimistic Assessment
NASA Administrator: Alien Life Is More Likely Than We Thought
Futurism
Scientists Need to Solve These Two Mysteries to Find Life on Mars
More on Off World
Final Selection
Yesterday on the byte
NASA Finalizing Secretive Decision on First Astronauts for the Artemis Moon Mission
Hall Effect
Jan 29 on futurism
Test Suggests Ion Thrusters Could Power Crewed Interplanetary Missions
CHON: Legacy
Jan 29 on the byte
James Webb Discovers Coldest Ice in Known Universe, Harboring Molecules Essential For Life
READ MORE STORIES ABOUT / Off World
Keep up.
Subscribe to our daily newsletter to keep in touch with the subjects shaping our future.
+Social+Newsletter
TopicsAbout UsContact Us
Copyright ©, Camden Media Inc All Rights Reserved. See our User Agreement, Privacy Policy and Data Use Policy. The material on this site may not be reproduced, distributed, transmitted, cached or otherwise used, except with prior written permission of Futurism. Articles may contain affiliate links which enable us to share in the revenue of any purchases made.
Fonts by Typekit and Monotype.