If you've ever used CAPTCHA, you've been teaching an AI how to read text or a photograph. 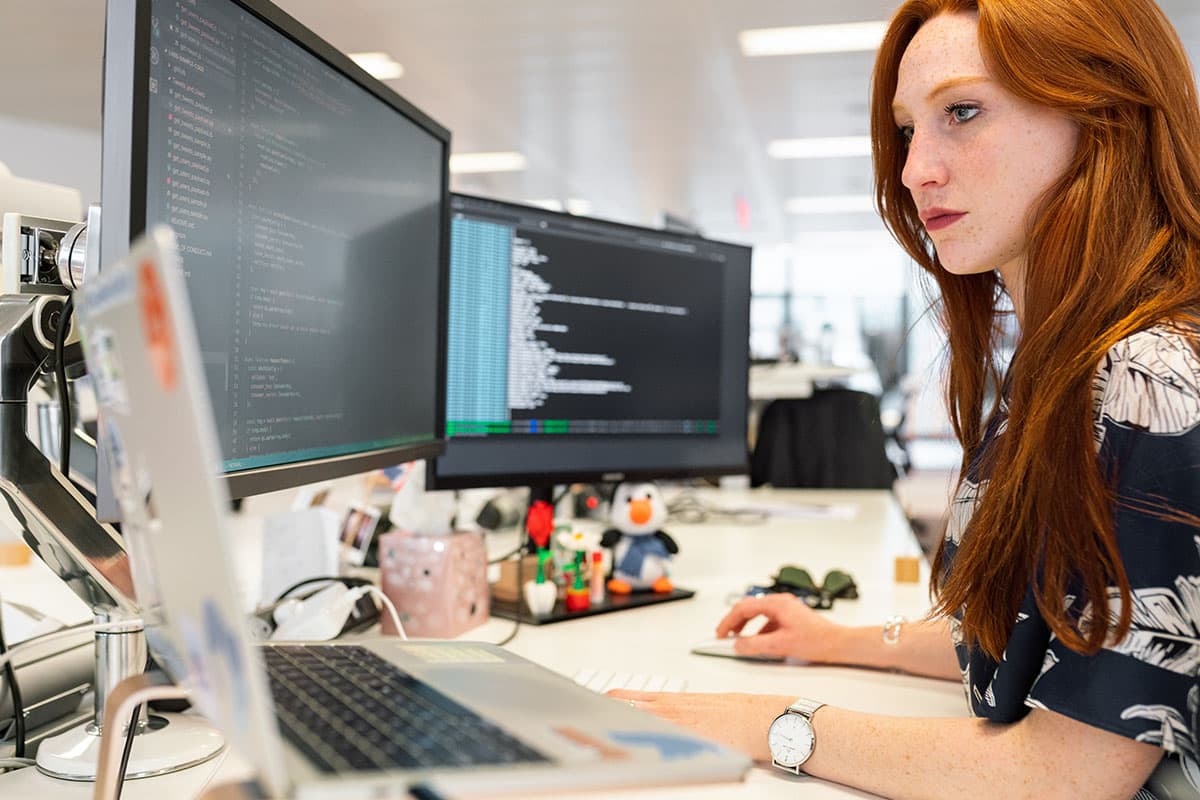 Machine learning wouldn't exist if Stanislaw Ulam hadn't gotten annoyed at his game of solitaire. In 1946, Ulam was trying to figure out the probability of winning a game of solitaire. The "deterministic" models of the time, which didn't allow for randomness, didn't work. So instead he played, and documented, one hundred games, crunching the raw numbers that resulted. When he returned to work, he realized he could approach complex nuclear physics problems the same way, and the Monte Carlo method was born.

As algorithms designed to recognize patterns modeled on the brain called neural networks were developed, this approach was refined to the point where now computers can "learn" by doing the same process, over and over again, and checking the result. If you've ever used CAPTCHA, you've been teaching an AI how to read text or a photograph.

As machine learning expands, and is deployed on enormous datasets no human could manage, machine learning and big data have become hot careers. Between 2015 and 2018, Indeed.com found that machine learning engineer job postings had grown 344% with an average salary of $146,000. And whether you're looking to break-in, or simply refine your skills, the Complete 2020 Big Data and Machine Learning Bundle can put you on the cutting edge for just $40.

If you're just starting out, or you want a refresher on the state of the art from the ground up, the ten-course bundle begins with Machine Learning for Absolute Beginners - Level 1, which has led over 20,000 students through the basic theory and fundamentals of machine learning and big data management.

Once you've got the basics down, you'll move on to learning how to get computers to work together with Apache Spark and Hadoop. Big data and machine learning take enormous amounts of processing firepower, more than one computer can provide. Spark is a unified analytics engine; think of it as an air traffic controller scheduling where data goes and when it's processed.

Hadoop, meanwhile, serves as scalable infrastructure underneath the computing, allowing you to quickly add more resources as needed to your projects. Both of these are worth studying on their own, as many industrial computing applications make use of both. You'll also learn how to effectively use MapReduce, which helps process data; for example, if you have a massive archive of names, MapReduce can break it down into first, middle, and last names, and then tell you how many of each there are.

From there, you'll move into Python. Python is the Swiss Army knife of modern coding, used in everything from Wikipedia and Google to web applications and the embedded scripting language in a huge number of popular software suites.

Finally, you can wrap up with a course on Elasticsearch, an open-source search and analytics engine that's increasingly being used to do more common data analysis tasks, leaving more resources free for the more complex work.

Our need to better understand big data isn't going away. As we strap health trackers to our wrists, report fake news to social media moderators, and track the climate through growing numbers of weather satellites, it'll become more central to any job, coder, or not. Getting a leg up now won't just improve your career, but give you some insight into the future.

Right now, you can take the first step to understanding big data and machine learning with The Complete 2020 Big Data and Machine Learning Bundle, now on sale for only $39.90.

Read This Next
"Don't Be Evil"
Google Refuses to Pull Website Responsible for Scores of Suicides
From Our Partners
Save On Learning New Skills With These Pre-Black Friday Doorbusters
From Our Partners
Draw Out Evidence From Data With This Complete Big Data Bundle
From Our Partners
TIKI Gives Back the Data Ownership That Companies and Big Tech Have Taken From You
From Our Partners
As a Remote Freelancer, This Is The Site I Use To Find Jobs
More on Future Society
Hey Elli
Yesterday on the byte
New York State Buys Robots for Lonely Elders
Not-See Stuff
Yesterday on the byte
Googling "Desk Ornament" Returns Images of Nazi Paraphernalia
Angry Zuck
Yesterday on the byte
Angry Zuckerberg Complains About Employees Who "Shouldn't Be Here"
READ MORE STORIES ABOUT / Future Society
Keep up.
Subscribe to our daily newsletter to keep in touch with the subjects shaping our future.
+Social+Newsletter
TopicsAbout UsContact Us
Copyright ©, Camden Media Inc All Rights Reserved. See our User Agreement, Privacy Policy and Data Use Policy. The material on this site may not be reproduced, distributed, transmitted, cached or otherwise used, except with prior written permission of Futurism. Fonts by Typekit and Monotype.