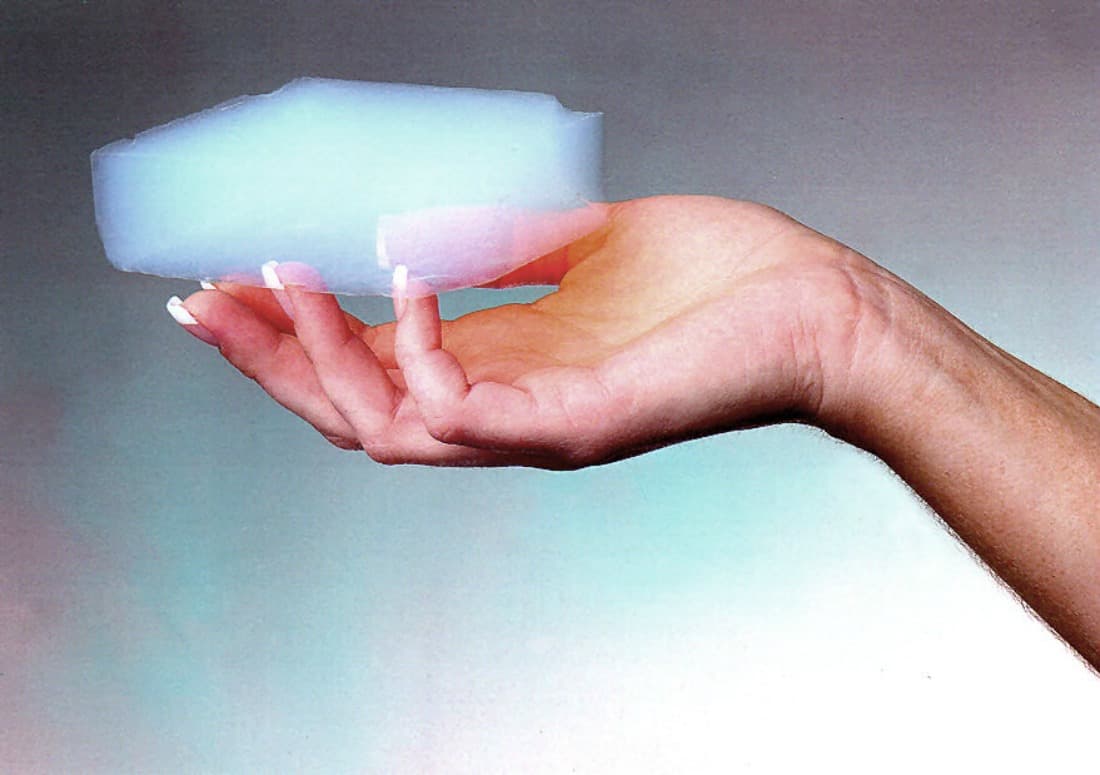 It's Getting Cold in here

Oros wants to help you make it through subzero temperatures without getting cold. Strangely enough, the company hopes to accomplish this goal by using a material that is 99.8% air. That may sound like a rather questionable choice, but it begins to make sense once you know what aerogel is.

Aerogel is one of the lightest solid materials known to man. And as chance would have it, it's also amazingly good as reducing heat transfer. This means that when it is used in clothing, what is cold (like the outside air) stays cold and what is hot (your body) stays hot.

In an interview, Michael Markesbery, co-founder of Oros, clarified, "Aerogel is an amazing insulator because it's the lowest thermal conductive solid on the planet.....in fact, it's what NASA uses in outer space, where the temperature is only two degrees above absolute zero [-273ºC /459ºF]."

To that end, the jackets that Oros produces are lined with this material, which means that they aren't just super light-weight, they are also able to withstand remarkably cold temperatures (far colder than any of us are ever likely to encounter). In fact, aerogel is such a good thermal insulator that the insulation used inside the jackets is only a mere 3mm thick, which easily beats the other bulky coats on the market.

Markesberyis so confident in his product that he even donned the suit and allowed himself to be blasted with liquid nitrogen, which reaches a deadly -196ºC (-320ºF). Though to be fair, when I spoke with him, Markesbery noted that he did feel a little trepidation before he did it the first time.

Liquid nitrogen is so cold that any direct contact with the material results in instantaneous frostbite. Touch enough of it, and things will go downhill for you very quickly. But not only did Markesbery manage to keep from freezing himself, even when they blasted him with the liquid nitrogen directly on the sensor, the jacket kept things inside at a balmy 32.8ºC (91.1ºF).

Check out the video below for fun with liquid nitrogen (note: absolutely do not try this yourself).

Oh, Then There's the Graphene

If that's not enough, Oros also uses graphene in their design.

If you aren't farmilar with the material, graphene is an atom-thick layer of carbon that is structured in a honeycomb pattern. Ultimately, it was the thinnest material in the world, yet it had a strength that is hundreds of times better than steel. More interestingly, its unique structure also gives it the ability to conduct and transmit electrons up to 250 times that of silicon.

Markesbery notes that, while aerogel is the best insulator we've discovered, graphene is the world's best conductor.

To that end, in the gloves, graphene is placed on the inner side (close to your hand) and aerogel is used on the outside. Thus, the graphene warms as a result of your body temperature, creating a kind of "batteryless self-heating mechanism," and the aerogel stops the heat from going anywhere.

When I asked Markesbery about dying of a heat stroke as a result of the design, he was quick to note that the graphene is only used in the gloves (partially because of the cost of the material and partially because of overheating concerns). He went on to explain that a number of standard "breathability" features are built in to ensure that you stay warm, but not uncomfortably so.

You can get your gear here.

Read This Next
Futurism
Hundreds of 2D Materials Could be the Next Graphene
Futurism
Inkjet-Printed Graphene Could Pave the Way for Tomorrow's Washable Wearables
Futurism
Your Skin Heals Itself. Soon, Robots' Skin Will, Too.
Futurism
Graphene's Infusion in Textiles is the Future of Wearable Electronics
Futurism
Graphene-Fed Silkworms Produce a Super-Strong Silk That Conducts Electricity
More on Robots & Machines
Gunne Sax
Thursday on the byte
Man 3D Prints 110 Guns, Sells Them to Buyback Program for $21,000
From the Dept. of...
Wednesday on futurism
Best Printers Under $100 in 2022
From the Dept. of...
Tuesday on futurism
Best MIDI Keyboards in 2022
READ MORE STORIES ABOUT / Robots & Machines
Keep up.
Subscribe to our daily newsletter to keep in touch with the subjects shaping our future.
+Social+Newsletter
TopicsAbout UsContact Us
Copyright ©, Camden Media Inc All Rights Reserved. See our User Agreement, Privacy Policy and Data Use Policy. The material on this site may not be reproduced, distributed, transmitted, cached or otherwise used, except with prior written permission of Futurism. Articles may contain affiliate links which enable us to share in the revenue of any purchases made.
Fonts by Typekit and Monotype.