Is a Healthy Environment a Human Right? Testing the Idea in Appalachia 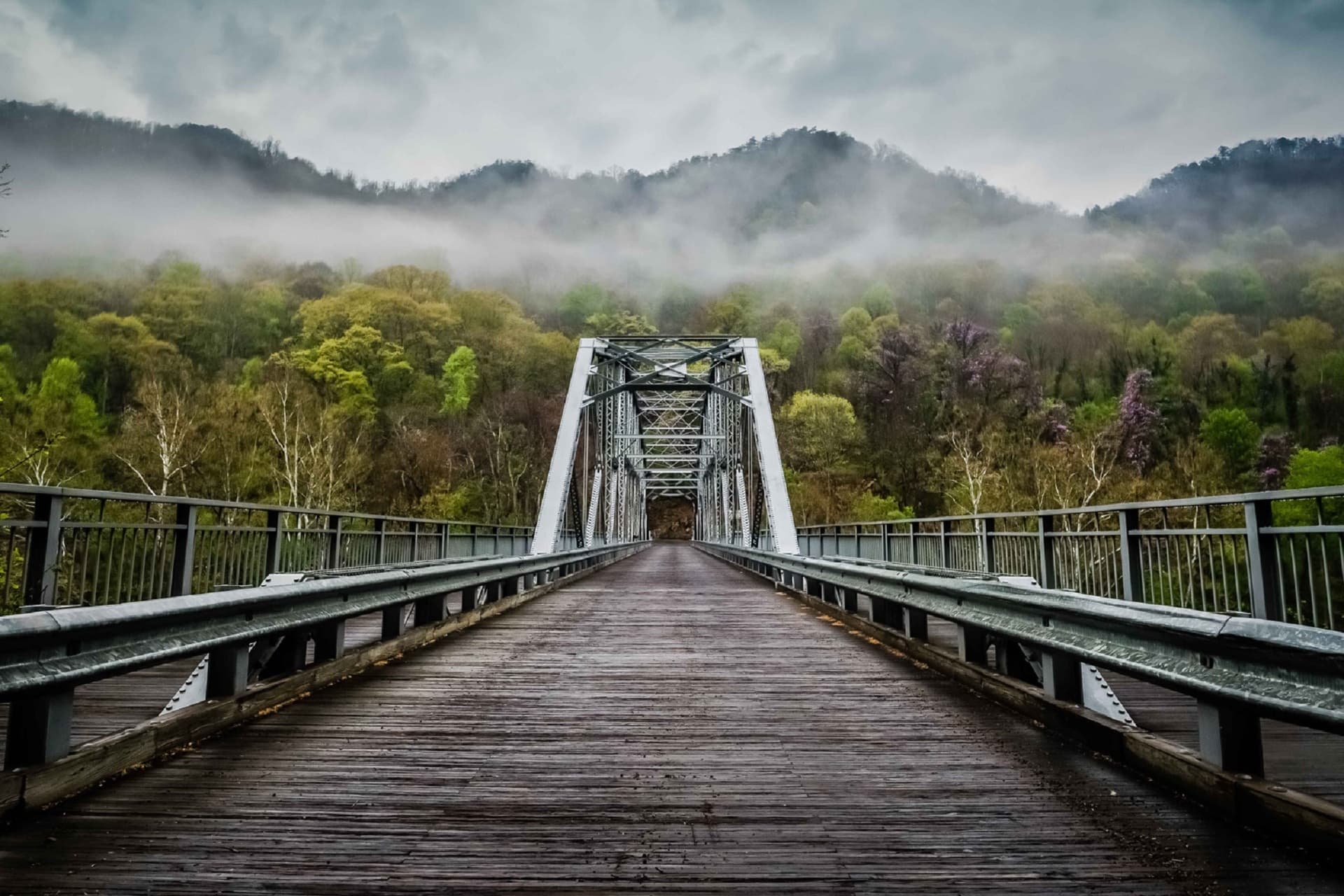 Do we have a fundamental right to breathe clean air, drink clean water and eat safe food? The idea of environmental human rights is receiving growing attention worldwide, driven by our global ecological crisis. But the United States has lagged behind in codifying these rights into laws and in successfully furthering them.

While this may seem like an issue for legal scholars, it has very real importance for regions like Appalachia, where I work. Coal mining has caused widespread ecological and health damage here for more than a century, alongside other industries such as chemical manufacturing and, recently, natural gas production.

Many Americans elsewhere view Appalachia’s environmental health conditions with ambivalence or outright classist indifference, and some have written us off as a “national sacrifice zone.” But our environmental struggles echo conflicts over the Dakota Access Pipeline, the Niger River Delta oil fields and other places that are trying to limit harms from extractive industries.

In my work and in a recent Oxford Human Rights Hub podcast, I have proposed reframing Appalachia’s concerns as a struggle for “environmental human rights” – the idea that all people are entitled to a healthy environment. Characterizing these problems as violations of environmental human rights can open up new and more robust legal remedies. It also means that environmental harms will be viewed more vigorously as moral issues. We view them that way at West Virginia University College of Law’s new Appalachian Justice Initiative, which is working to secure a better future for our region.

The idea of environmental human rights dates back to the environmental movement of the 1960s and 1970s. It follows other, more established conceptions of human rights, such as civil and political rights and economic, social and cultural rights, and often is classified as part of a so-called third generation of “newer” human rights.

Few international agreements explicitly refer to environmental human rights. At the national level, however, more than 100 countries around the world have constitutions that enshrine environmental rights to some degree, including Brazil and Kenya.

Only a handful of U.S. states, including Pennsylvania and Hawaii, have constitutions that explicitly incorporate environmental rights. What is more, these provisions were largely established decades agoand have had uneven success in their enforcement.

Appalachia is a classic exemplar of the “natural resource curse” – a theory developed by social scientists to explain why some places that are rich in extractable resources fail to develop. According to this view, outside capital interests that control these resources – in Appalachia, Big Coal – wield vast power, and often “capture,” or co-opt, regulatory agencies.

The coal industry has profoundly exploited our citizens and damaged our environment. The most extreme example is mountaintop removal mining – blasting off mountaintops to reach coal seams, and then dumping refuse materials into valleys. Across Central Appalachia, mountaintop removal has obliterated more than 500 mountains and 2,000 miles of ecologically crucial headwater streams.

Coal mining is not the only challenge. Hydraulic fracturing for natural gas in the Marcellus Shale has been linked with negative health impacts. The 2014 Elk River chemical spill, which left 300,000 Appalachian citizens without potable water for up to nine days, spotlighted our aging industrial infrastructure and weak state regulation of industry.

Climate change also threatens our region. Many observers believe it played a role in historic West Virginia floods and Tennessee wildfiresin 2016. It also may be contributing to the spread of infectious diseases such as Lyme disease.

Human Rights and the Environment in Appalachia

Of course, laws and regulations are of little use if they are not robustly enforced. Pennsylvania adopted an amendment to its constitution in 1971 stating that “the people have a right to clean air” and “pure water.” It also requires the state to act as trustee of public natural resources “for the benefit of all the people.” For years Pennsylvania courts gave relatively light weight to this provision.

But in June of this year, the Pennsylvania Supreme Court established a broader interpretation of the environmental amendment in an oil- and gas-related matter. This decision in a case that challenged the lucrative business of fracking was a heartening precedent, and shows the value of advocating for the people’s right to a healthy environment.

Much media coverage of Appalachia is classist and one-dimensional. For example, during the 2016 presidential campaign the region was portrayed as a unified bloc of “Trump country,” although it actually is much more socially and politically complex.

In fact, a dense network of grassroots activists and ordinary Appalachian citizens has long contested environmental injustices, exemplified by the long and bitter fight against Big Coal. But these efforts seldom are acknowledged in the national media or leveraged into real and lasting legal reform.

However, local campaigns have won some important victories. Vigorous activism in the 1960s and 1970s directly contributed to passage of the Surface Mining Control and Reclamation Act of 1977 – the first major federal law regulating the environmental impacts of coal mining. More recently, an array of state and regional organizations have fought to secure at least partial federal court enforcement of environmental laws against mountaintop removal operations.

Appalachia is well-suited for a bottom-up, critically informedapproach that focuses on human rights at the grassroots level. Discussing rights at the local level will give people opportunity to describe specific harms they have experienced from activities such as mountaintop removal and fracking. It also will help to promote participatory democracy for citizens who have long been denied real self-determination.

Environmental justice should be a central theme of this effort. As scholars have shown, environmental harms are not distributed evenly in society. Instead, marginalized groups typically suffer more heavily. In Appalachia and across the United States, environmental harms disproportionately affect low-income communities, women, minorities and older people.

The Appalachian Justice Initiative at West Virginia University will produce scholarship, conduct policy advocacy and offer direct legal services and outreach to Appalachian communities. Our goal is to help people in our region call for laws and actions that actually guarantee the right to a healthy Appalachian environment.

Pursuing environmental human rights in Appalachia challenges counterproductive stereotypes about our region’s supposed isolation. Appalachia is not some “other America”: we are fundamentally interlinked with the United States and the wider world ecologically, economically and socially.

Our challenges reflect the profound ills of a global economic regime that values perpetual growth over environmental and social justice. Advocating for environmental human rights in Appalachia can help reveal this essential truth and build a more just and healthy future.

Read This Next
Sundowned
Mexico Bans Startup From Future Solar Geoengineering Experiments
Knew It All Along
Exxon Scientists Knew About Global Warming for Decades While Company Denied It
Solar Slay
Solar Powered Machine Turns CO2 and Waste Plastic Into Valuable Fuel
Dim Sun for Breakfast
Startup Says It's Started Releasing Chemical Into Atmosphere to Dim Sun
Hidden City
NYC's Greenery Eats Up All the CO2 From Its Cars, Trucks and Buses "And Then Some"
More on Earth & Energy
Fly Guy
Yesterday on the byte
Bird Advocates Horrified by Pigeon Dyed Pink For Gender Reveal Party
The Dos and Do-Do...
Yesterday on the byte
Startup Backed By "Jurassic World" Producer Says It Will Revive Extinct Dodo Using Complete Genome
Shark Smile
Tuesday on the byte
Influencer Fined for Eating Endangered Great White Shark
READ MORE STORIES ABOUT / Earth & Energy
Keep up.
Subscribe to our daily newsletter to keep in touch with the subjects shaping our future.
+Social+Newsletter
TopicsAbout UsContact Us
Copyright ©, Camden Media Inc All Rights Reserved. See our User Agreement, Privacy Policy and Data Use Policy. The material on this site may not be reproduced, distributed, transmitted, cached or otherwise used, except with prior written permission of Futurism. Articles may contain affiliate links which enable us to share in the revenue of any purchases made.
Fonts by Typekit and Monotype.